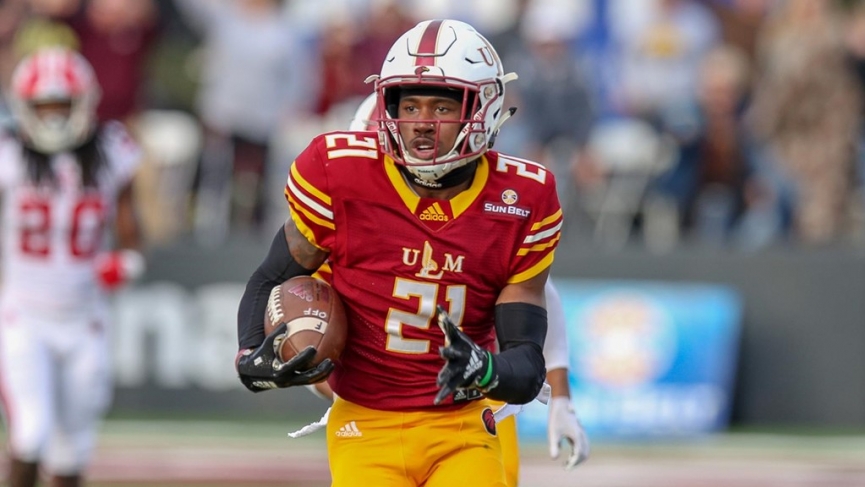 Odds.com’s Texas State vs Louisiana Monroe Pick for College Football Week 3: Going back to 2013, the Under has gone 5-2 when these two teams meet, with the road team covering ATS in the last 4 head to head matchups. John Ryan is eyeing the Under when UL-Monroe hosts Texas State on Saturday night.

The Texas State Bobcats are playing their third game of the 2020 season, and face the UL Monroe Warhawks, who are playing their second game. Though it is their first one at home. The Bobcats are 0-2 straight-up and 1-1 against-the-spread (ATS). They covered the spread by 1.5 points as a 23.5-point road dog at Arkansas State. The Bobcats lost 36-14, but the score was much closer before Arkansas State scored 20 unanswered points in the 4th quarter. Monroe traveled to Army and got hammered by the Cadets 37-7 as 23-point dogs and failed to cover the spread. The half-time score was 17-7 Army and the second half saw the Cadets score 20 unanswered points.

What are the Betting Flows Telling Us?

The line opened with the Bobcats favored by a single point and heavy bettors along with the recreational bettor have been on them all week. The new price does show Texas State favored by 5-points and a few sportsbooks have them lined at 4.5 point favorites. The total has also moved significantly from an opening level of 60 points to 62 points at many of the sportsbooks. So, with a line favoring the Bobcats by 4.5 points and a total of 62 points implies a Texas State win 33-29.

So, the public is all over the Bobcats with 77% of the number of bets going on them. This is a red flag in my analysis as generally, you want to be on the ‘Book’ side of the game and not the ‘public’ side. This is just one metric that can be used with comprehensive research and not used by itself. In the case of this game, the flows reinforce the bet I do have on the Monroe Warhawks. But do not leave yet because the best information is yet to come.

Texas State is not in a good situation in this matchup. Winless favorites in Week 3 conference action are 35-59 against-the-spread (ATS) for 37% winning bets. If our winless team is playing another winless team in Week 3 conference action the record declines even further to 20-43-1 ATS for 31.7% winners. The ‘UNDER’ has earned a stout 11-3 record as well.  Last, when the winless team like the Bobcats is a road favorite and facing a winless opponent like the Warhawks the road team has gone bust with a 6-17 ATS record for 26% winning bets.

A Couple of Solid Betting Systems

The following systems all use the money line and underscore the real possibility that the Warhawks will win this game outright. This betting system has earned a 53-16 record for 76% winning bets and has made the $100 bettor a $3,274 dollar profit. The system instructs us to bet on home teams that were above average offensive team from last season that averaged 31 or more points-per-game (PPG) and after allowing 37 or more points in their previous game.

This and the following system work off the success of the offensive unit from the previous season. This one has earned a 17-9 mark over the last 10 seasons and has made the $100 bettor a profit of 2,880 on just 26 wagers. The system is to bet on underdogs of +150 to +300 that were above average offensive teams from last season that averaged 6.1 or more yards-per-play.

This system is one of the ones I like to call the Holy Grail and you will see why. This monster system has earned a 23-4 record and has made the $100 bettor a profit of $2,975 on just 27 bets. The system bets on home teams that were excellent rushing teams from the previous season and averaged at least 4.75 rushing yards-per-attempt and are now coming off a game where their defense allowed 6 or more rushing-yards-per-attempt.

The projections call for the Warhawks offense to working on all cylinders and gain at least 500 total yards and score at least 27 points. In past games in which the Warhawks gained 500 or more total yards and scored a minimum of 27 points, they went on to an impressive 20-7 SU record and 19-8 ATS mark for 70% winning bets. Even better record when installed as an underdog sporting a 9-2 ATS record for 82% winning bets. Take the Louisiana Monroe Warhawks as a Best Bet Upset Alert Pick.