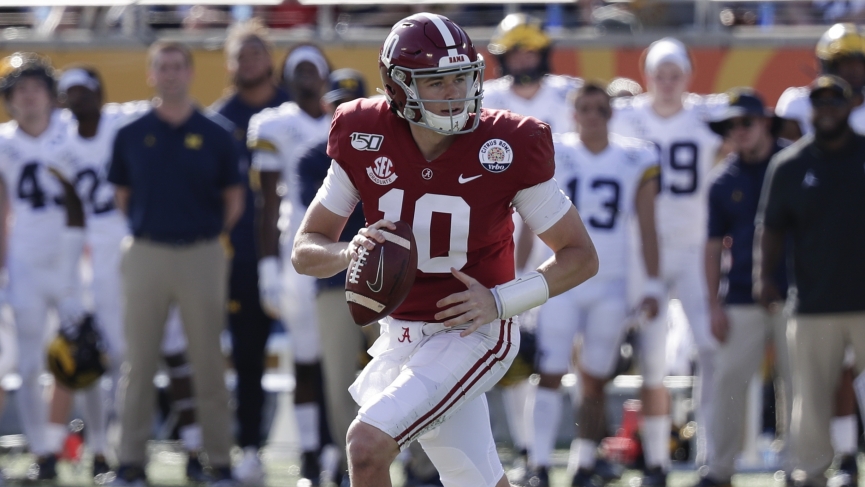 Alabama missed the College Football Playoffs for the first time last season but don’t expect that trend to continue. Sportsbooks across the country agree. I mean c’mon, we’re talking about Alabama here. 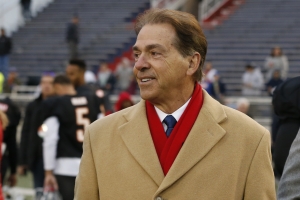 According to FanDuel Sportsbook, Alabama currently boasts the third-best odds — behind Clemson +175 and Ohio State +400 — to win the national championship, which will be played at Hard Rock Stadium in Miami Gardens, Fla. on Jan. 11, 2021.

If you recall, the Tide didn’t even advance to last year’s SEC Championship as LSU smacked Georgia before rolling to the national title. So for Alabama to be the odds-on favorite among all SEC teams in 2020 says a lot.

Aside from being one of the top recruiting programs in the country, Alabama returns 14 starters in 2020. That includes junior quarterback Mac Jones, who started the final three games last season after Tua Tagavailoa went down with a season-ending hip injury. 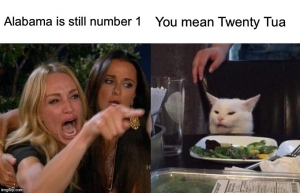 So there’s no reason to fret about filling the void left by Tagavailoa. Jones capped his performance last season by tossing for 327 yards and three touchdowns during Alabama’s 35-16 win over Michigan in the Citrus Bowl. The job will be his in 2020 and he should hit the ground running when Alabama opens the season against USC.

Jones will also have running back Najee Harris and wide receiver DeVonta Smith back as both players decided to come back to Tuscaloosa instead of leaving early for the NFL. Harris rushed for more than 1,000 yards last year and added 27 receptions while scoring 20 touchdowns overall. Smith hauled in 68 catches and scored 14 touchdowns.

Even if Jones falters, the Tide can look toward incoming freshman Bryce Young, a 5-star prospect, who was ranked as the country’s top dual-threat quarterback coming out of high school.

Linebacker Dylan Moss and defensive tackle LaBryan Ray are back — both are potential first-round draft picks in 2021 — while cornerbacks Patrick Surtain and Josh Jobe are also viewed as future NFL stars.

Aside from a stellar returning cast, the Tide also are welcoming the No. 2 recruiting class in the country, according to 247Sports. Young will be joined by the nation’s two highest-ranked wide receiver prospects in Will Anderson and Chris Braswell. They could fill in after Alabama lost three receivers to the NFL this year.

Alabama’s has their upcoming schedule handled

The road to the CFP will be a tough one but Alabama is already favored in every single game on its upcoming schedule. Of course there are a few cupcakes on the slate but let’s take a look at the big matchups: They visit LSU in Week 10 but Bama is a slight 2-point favorite and when it hosts Georgia in Week 3, Bama gets seven points.

Don’t forget about the annual Iron Bowl when Auburn visits in Week 13 where Bama (-13) will be spotted almost two touchdowns.

The season opener against the Trojans on Sept. 5 at AT&T Stadium in Dallas should be attractive but the Tide are a 14-point favorite. On top of that, Alabama likes to make a good first impression. The Tide are 10-0 in openers at neutral sites under Saban and they’ve won those matchups by an average of almost 25 points.

Alabama, which last won a national championship in 2018, is always in the picture and that’s why last season’s late setback at Auburn should not be factored in too much this year. Missing the CFP and the conference championship should provide plenty of motivation for Saban, who has won at least 10 games in each of his past 12 seasons with the Tide.

What is right in front of them will be the biggest obstacle as Alabama rounds out the ‘Big 3’ ahead of the 2020 season. Clemson has won two of the last four national titles and was also runner-up twice. Ohio State should continue to dominate the Big Ten. All three programs are bringing back their quarterbacks, which in college football, always moves the needle in the right direction.