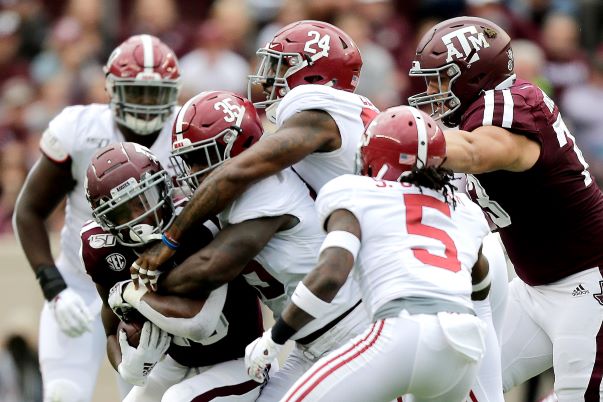 The 2019 college football season did not end the way Crimson Tide fans are used to, but we are just over 160 days until a new season begins. Head coach Nick Saban is no stranger to scheduling tough season openers, and that will be the case again in 2020.

The game is scheduled to take place at AT&T Stadium, and this should be a great environment for the Crimson Tide to show off their new team.

There will be plenty of hype surrounding this game, but don’t fall for all of the talk about how great this game will be. The Crimson Tide are far superior to the “mighty” Trojans, and they are going to prove it on Sept. 5.

USC is trying to get its football program back on track, but Alabama will show them how far they still have to go in the first game of the season.

Everyone was piling on the Crimson Tide a season ago and for good reason. Injuries and a less than stellar defense left the team vulnerable, and teams (well, LSU and Auburn) were able to take advantage. Good for them, but it’s time for the Tide to return to the top of the conference where they belong.

It’s tough to keep a dynasty down, and sportsbooks know that the Crimson Tide will return to glory this season.

Winning the SEC is not easy, and no one does it better than Alabama. This opening day game against a decent USC Trojans team should be just the warm-up that the Tide need for another dominant run through the SEC.

We still think that the Trojans are a solid team, but their odds will go down after suffering a 20-point loss in week one. USC will have some huge games against sub-par competition out west, and taking a beating from Alabama will only make them tougher as the season goes along.

Take the Trojans to win the Pac-12 South, assuming they don’t give up after this embarrassing loss. Against Alabama?

Jones, Ehlinger Both Listed at +2000 To Win Heisman Trophy

The quarterback matchup heading into this game will receive plenty of hype. The Tide will have Mac Jones ready to lead the Tide to a national title in his first year as the starter, and Sam Ehlinger is set to bring the USC Trojans back to prominence.

DraftKings currently has both quarterbacks listed at +2000 to win the Heisman Trophy, which will add some more intrigue to this game. The problem for Ehlinger is that he is facing one of the best defenses in the country in week one, and the Tide are going to leave him bruised and battered.

The gunslinger’s Heisman Trophy odds will never be the same after the Tide are through with him.

Jones will have to have a lot go right to win the Heisman Trophy this season, but leading his team to an undefeated season won’t hurt. Jones is a stud, and he was able to lead the Tide to 35 points in a Citrus Bowl win over Michigan.

His odds are going to continue to get better as the season goes along, and now might be a great time to jump on those odds.

DraftKings Sportsbook currently has the Crimson Tide as 14-point favorites for this matchup against the USC Trojans, and that’s being too kind to the team from the Pac-12. You can expect this line to go up as we get closer to kickoff, and oddsmakers realize how great of a team Alabama will be in 2020.

The USC Trojans could very well go on to a great season in Pac-12 play, but they will be sent home licking their wounds after this game. The Pac-12 plays a finesse style of football, and Alabama will show them how football is played in the SEC.

The Jones era will be off and running in this game, and Nick Saban’s defense will be back with a vengeance. Get your bets in now, and be ready for a beatdown of the Trojans in the season opener.