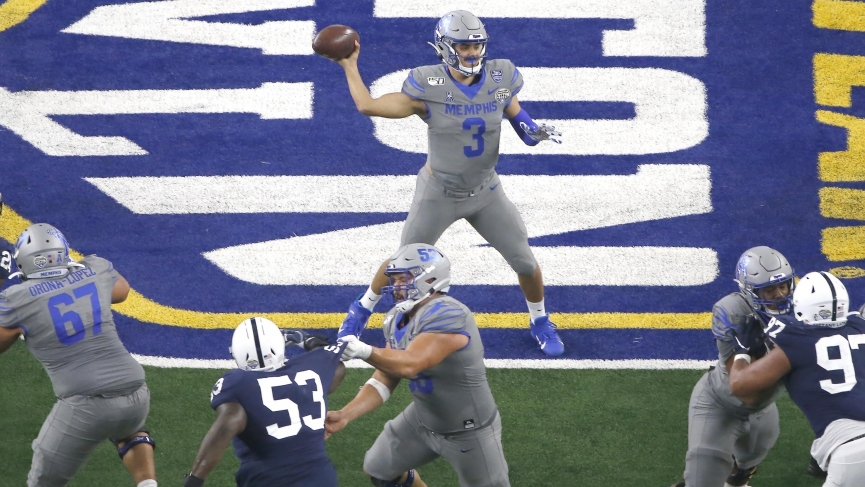 It was a whale of a season for Mike Norvell and the Memphis Tigers. A lone regular season loss – by a measly 2 points – helped propel the Tigers to their first American Athletic Conference Championship, sending Memphis to its first-ever New Year’s Six bowl game. It all made for a nice segue to the college hardwood where Memphis was expected to contend not only for a league crown but a national title.

That never happened, thanks to some issues regarding NCAA rules, and whatever happens with the gridiron gang in Bluff City won’t involve Norvell any longer after he accepted the head coaching job with the Florida State Seminoles of the Atlantic Coast Conference. Instead of looking to be a force to reckon with for years to come, Memphis has instead slipped back into the pack according to the college football futures.

Not that an AAC team has a chance of ever making the College Football Playoffs, to begin with, which we’ll get into again later. DraftKings has the Tigers as 150/1 longshots, even though Memphis is a solid contender once again in the conference. Early college football predictions on season win totals from sportsbooks have the Tigers expected to win 10, and that will be difficult enough.

There really shouldn’t be too much disruption at the top of the coaching staff after Memphis promoted from within and gave the job to Ryan Silverfield. Part of the staff under Norvell for the last four seasons, Silverfield was in charge of the offensive line a year ago and brings back Kevin Johns, who served as the offensive coordinator and quarterbacks coach this past season. 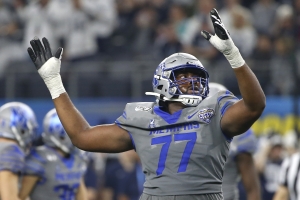 Silverfield and Johns will have the experience to fall back on under center and along the line. Brady White returns at QB following a 4,000-yard, 33-TD campaign in which Memphis ranked eighth in scoring and 10th in total offense. Obinna Eze, Dylan Parham, and Manuel Oroña-Lopez are returning starters on the line, and the holes the Tigers have to fill have names that at least got some reps in last season.

White will have his top receiver back, Damonte Coxie coming off a 76-catch, 1200+ yards, 9 TD showing. Calvin Austin III should become a bigger part of the passing game in one of the other wideout spots, leaving as a tight end after Joey Magnifico ran out of college eligibility. The ground game could be even stronger with Kenny Gainwell’s return for his sophomore season. Gainwell ranked 12th nationally with 1,459 yards rushing a year ago, all of that adding up to a go-group that helped totals go past the college football odds in nine of the 14 contests.

Defense under the direction of  a new coordinator

Some of those ‘over’ winners were helped along by a defense that was middling by the numbers, and that side of the ball is going through some changes with a new coordinator. Norvell took Adam Fuller with him to Florida State, and Mike MacIntyre takes over DC duty after serving in the same capacity with Ole Miss this past season. MacIntyre is expected to improve the stop unit, and at least begins with experience in the form of seven returning starters.

Of course, the players returning are part of a group that let Penn State run all over them in the Cotton Bowl, and 53-39 lopsided final that saw the Nittany Lions rush for nearly 400 yards and easily cover the touchdown spread. Nose tackle O’Bryan Goodson anchors the line with rush specialists Joseph Dorceus and Jalil Clemons out on the ends. Xavier Cullens, Thomas Pickens, and JJ Russell are back in the linebacking corps, giving their new DC what should be a decent enough front 7 on paper.

Learning MacIntyre’s system in the defensive backfield are returnees La’Andre Thomas Sanchez Blake and Jacobi Francis. Who fills the other corner slot remains to be seen and could be the proverbial chink in the Memphis armor if another reliable back can’t be found.

The Tigers’ only slipup in the regular season was a turnover-marred performance at Temple, the Owls putting Memphis in an early hole to post the mild upset getting 4 on the closing college football odds. Memphis’ toughest foes in the AAC race turned out to be Navy and Cincinnati, and the Tigers sank the Midshipmen despite a rather poor day on offense, and beat the Bearcats 2-straight to close the schedule, failing to cover either matchup.

Cincinnati and Central Florida are expected to once again be the Tigers’ top challengers to a repeat in the AAC. The Knights are riding a 10½-game win total into the season, and come to Memphis in mid-October. The Tigers travel to Cincinnati for a Halloween tilt and close the year on the road against what could be a sneaky-good Tulane outfit.

Having UCF at home is a nice break, but even if Memphis is unbeaten come the end of November, there’s still a chance 1-loss teams from the Power 5 will make more of an impression on the College Football Playoffs selection committee. I’m not even sure the Tigers reach 10 wins and certainly don’t see a National Championship in their near-future.