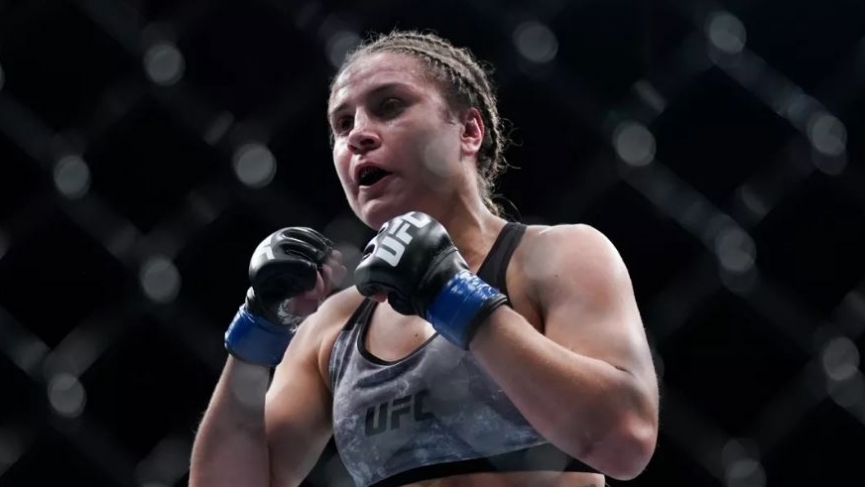 Valentina Shevchenko vs Jennifer Maia Pick – UFC 255: UFC 255 features one of the most incredible talents to ever grace the cage and possibly the #2 WMMA fighter of all time in current champion Valentine “Bullet” Shevchenko.

Since dropping to Flyweight, Valentina has been reigning with an iron fist, and the UFC has been having a hard time finding suitable challengers for her. Valentina opened as the biggest betting favorite on this card, which provides a challenge in finding a way to make money on this fight.

Valentina is not just a “Bullet”, she is a destroyer. Shevchenko has had two absolute wars with the current women’s GOAT Amanda Nunes and came up short in both fights. After the disappointing split decision in the rematch with Nunes, Valentina was left in no man’s land after losing to the champion twice and was left with no option but to drop from 135 to 125. Since that time, she has shown just how much weaker 125. Valentina has cleared out the division taking the names of Joanna Jedrejczyk, Jessica Eye, Liz Carmouche, and Kaytlyn Chookagian. Valentina is a complete fighter, and she is dangerous everywhere. High-level submissions, nasty power, and technical striking. There isn’t much that Valentina can’t do, and in this fight, it’s not a question of if she will when. It’s merely a matter of how and when.

Jennifer Maia is an absolute tank! She is a highly skilled grappler sporting a BJJ black belt, and she is a stocky and thick fighter who is tough and durable. Maia took advantage of a short-notice opportunity against former #1 contender JoJo Calderwood back in August and made good on it. Not only did Maia pull off the upset, but she also came in and finished Calderwood making a statement as to who should be challenging next for the title. Maia has been an underdog before, and even though the general public and betting market has counted her out, she is coming for that belt.

This is a breakdown that we can keep relatively brief. Just like I said at the top of the article, this fight isn’t IF Shevchenko will win. It’s how and when she will do it. You can go mad analyzing this kind of a match up because Valentina can do it all. Valentina has 6 KO/TKOs, 7 Submissions, and six wins by decision, so she can really choose her own path to victory and let it come to her. Three of Valentina’s last five fights have been finished with the spectacular highlight reel KO of Jessica Eye, the TKO of Katlyn Chookagian, and her dismantling of Priscila Cachoeira. Prior to that, however, she was on a four-fight run of UFC decision.

Valentina is a fighter who is more than willing to take what you give her. What we can see in this fight is that Valentina will be the better striker of the two. Maia has decent boxing, but she will be at a reach disadvantage, and she will be dealing with Shevchenko’s kicks. Maia will need to get her best tools involved if she has any hope to win this fight, so we should expect some kind of grappling approach. While Maia may be the better pure BJJ fighter, Valentina has never been submitted and she is very physically strong for 125. I think there will be a technical chess match on the feet where Maia tries to navigate her way into range against Shevchenko, and the champion will be more than happy to score at range.

Main Event Best Bet: Over 2.5 Rounds (-150) via Bet365: Once the distance does close, I will expect Maia to press Shevchenko against the fence looking for the takedown. Even though Valentina is a very skilled grappler in her own right, she likely won’t feel the need to test herself against a BJJ blackbelt if she can help it. If we get a grinding against the fence kind of fight with Maia looking to stay safe on the feet and Valentina staying safe on the floor, then we should be able to get this fight into the later rounds. Maia is a decision machine herself, and her recent finish over Calderwood is the only finish of her UFC run. We will look for Shevchenko to play with her food a little and count on Maia’s durability to stick around in this fight for a while. The play is to look to the over.