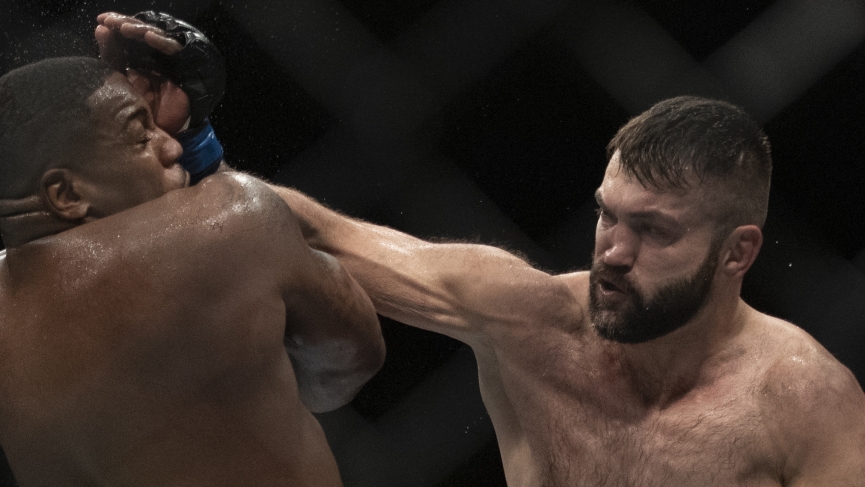 UFC odds for 249 is in the books, we take a look at all of the division trends headed into the UFC on ESPN event this Wednesday’s UFC Fight Night.

Bryce Mitchell defeats Charles Rosa in such impressive fashion, that one of the judges scored each round 10-8 in his favor. The featherweight bout went over the total of 2.5 rounds at -222, improving the Over to 42-26, +0.28u since the start of 2019, in the featherweight division.

Carla Esparza picks up the close split decision over Michelle Waterson. Esparza closed as a -150 favorite, and with the win, continues the UFC Women’s Strawweight trend of short favorites (-150 to -101). The short favorite now improves to 10-1-1, +6.82u since the start of 2019. On top of that, the outright favorite in women’s strawweight improves to 25-9-1, +4.14u since last year. As well, the Over 2.5 rounds prop closed at -500, but cashed easily. With the win, the Over in the women’s strawweight division improves to 27-8, since the start of 2019.

Aleksei Oleinik won a classic wrestling bout over Fabricio Werdum. The two fighters, who are both over the age of 40, fought to a split draw. With Oleinik picking up the victory as a +245 underdog. With the upset victory, the underdog improved to 20-28-2, +2.08 over the last 17 months. However, by the end of the night, that +2.08 would end up at just +0.08u

‘Showtime’ Anthony Pettis defeated ‘Cowboy’ Cerrone by way of unanimous decision. With the loss, the underdog caps off a rough night in the welterweight division. The welterweight underdog heads into next week’s action currently sitting at 42-51, +19.73u, since the start of last year. Over 1.5 rounds prop comes through easily in this fight at -154. With the win, the Over in the UFC Men’s Welterweight Division improves to 66.7% over the last 17 months, at 62-31, +14.06u

Greg Hardy picks up a decision victory over Yorgan De Castro as a -217 favorite. With the fight going the distance, the Over 1.5 prop cashes at -134 easily. The over in the heavyweight division has now hit at a 52% rate over the last 17 months, going 27-24.

This bout was listed as a featherweight fight, but with Jeremy Stephens coming into the fight 5.5lbs overweight, the MMA purist would call this a catchweight bout. Calvin Kattar defeated Stephens in the 2nd round with a brutal elbow shot that sent Stephens to the canvass immediately for a finish. The fight fails to go over the total of 2.5 rounds, leaving the Over in the featherweight division unprofitable now at 42-27, -0.72u, over the last 17 months.

It only took 20 seconds for Francis Ngannou to serve up ‘Bigi Boy’ Rozenstruik his first career MMA loss. Ngannou caught Rozenstruik with a bullrush left hook that sent him into the shadow realm. With the Rozenstruick loss, the De Castro loss and the Oleinik win. The heavyweight underdogs end the night. after 17 months of fights, at 20-30-2, +0.08u

Henry Cejudo defended his Bantamweight gold against Dominick Cruz is superb fashion, ending the fight with 2 seconds left in the 2nd round, via TKO. Cejudo caught Cruz with a massive knee that sent Cruz backward into the cage. As Cejudo attacked and pressured him against the cage, the referee stopped the fight in favor of Cejudo, in much of the dismay of Dominick Cruz. With the win, the favorite in the UFC Men’s Bantamweight Division improves to a 62.3% win rating over the last 17 months at 48-27-2. After the fight, Henry Cejudo surprised UFC fans by announcing his retirement and relinquishing of the bantamweight gold.

Justin Gaethje was able to finish off Tony Ferguson in the 5th round of the UFC 249 main event. With the victory, Justin Gaethje captured the Intermin UFC Men’s Lightweight Championship. It was a rare loss for the favorite at lightweight, which comes out of Saturday’s event at 66-23 (74.2%) over the last 17 months. The Over 2.5 rounds prop cashed at +121. With the fight going well into the later rounds, the Over prop now improves to 56-33, +5.18u in the lightweight division. 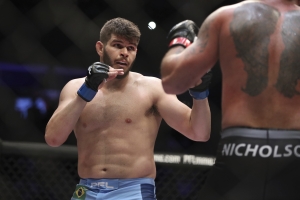 Unlike this weekend’s event, one of the more profitable UFC betting trends is active for the UFC on ESPN, event this Wednesday night. The short favorite in the UFC Men’s Heavyweight Division has not faired well over the last 17 months. Naturally, fading the heavyweights in the -150 to -101 range has been profitable, going 10-5 for +5.19u, since last January.

With all 3 heavyweight fights seeing favorites in the -150 range, we might be able to get some value betting on the underdog in a heavyweight coin flip. As of right now, Isaac Villanueva is in the perfect plus money range to be jumping on. While I suggest waiting to see what the lines do in the Arlovski/Lins fight, as well as the Ben Rothwell vs Ovince St. Preux fight. UFC picks, for now, give me Villanueva at +107.
Follow me on Twitter @SparkAlMac