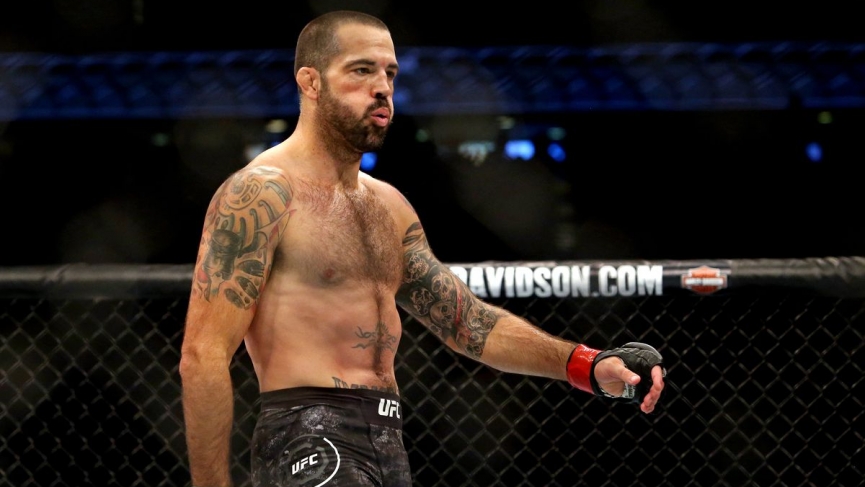 Carlos Condit (31-13) snapped a five-fight skid after defeating Court McGee last October by decision. The Jackson/Wink MMA product will be looking for back-to-back wins for the first time since Feb. 2012.

Matt Brown (22-17) is coming off a second-round TKO loss to undefeated Miguel Baeza at UFC Fight Night in May 2020, which halted his two-fight winning streak. The 40-year-old hasn’t gone the distance since losing to Johny Hendricks at UFC 185 in Mar. 2015.

With both welterweights nearing the end of their respective careers, I see this fight as a toss-up and believe Brown has value as the +145 underdog. While Condit has never been knocked out in his UFC career, at some point his chin has to give and it very well could be this fight. Despite his age, Brown still has tremendous knockout power as we saw in his stoppage victories over Diego Sanchez and Ben Saunders. If Condit has a slow start to the fight, it’s possible Brown finds his range early and knocks out the former WEC champion on Saturday at UFC Fight Island 7. That’s why if you’re looking to bet this fight, “The Immortal” may be worth a stab.

Moraes (6-6) looks to bounce back from her loss to Sijara Eubanks at UFC Fight Night in May where the Canadian was completely dominated for the three-round affair. The Xtreme Couture product has lost four of her last five fights and another setback could mean the end of her UFC career.

Melo (10-8) is in a similar spot, having lost three straight fights after signing with the UFC in 2019 on a five-fight win streak. The 32-year-old will be looking for her first win since July 2019.

I believe the odds are off in this matchup despite Moraes having a height/reach advantage and more overall UFC fights under her belt. While I can understand “Cheesecake” as the favorite, the line should be a lot closer which is why I see value on Melo as the +190 underdog. The Brazilian’s last three UFC opponents have a combined 28-9 record and none were able to finish her in those three matchups. If Moraes isn’t able to get an early stoppage, Melo could have a shot in this fight if it hits the judges scorecards. Which is why I think it’s worth betting Melo at +190.

Lingo (7-1) will be looking for his first UFC victory after dropping his promotional debut against Youssef Zalal at UFC 247, losing a decision to the Factory X prospect. “Lights Out” was undefeated prior to the setback, with five of those victories coming by finish.

Kilburn (8-3) is coming off a decision loss to Billy Quarantillo at UFC on ESPN 7 in Dec. 2019 and is just 2-2 in his last four fights. The 25-year-old has never lost back-to-back fights and will be competing for the first time having a full camp under his belt at American Top Team.

Lingo is the rightful favorite here having a superior ground game, however, with Kilburn being the younger fighter and having fully moved out to Florida to train at American Top Team, I believe we’ll see a much better performance this time around. Like Kilburn noted in our interview with him, getting to train with a world-class grappler like Kyoji Horiguchi, has to have shored up his ground defense. At +185, I see a ton of value on “The Killer” especially if he can keep the fight standing. I expect this fight to hit the judge’s scorecards in a closely contested contest. If that’s the case, Kilburn could potentially edge out a decision over the Foris MMA prospect.