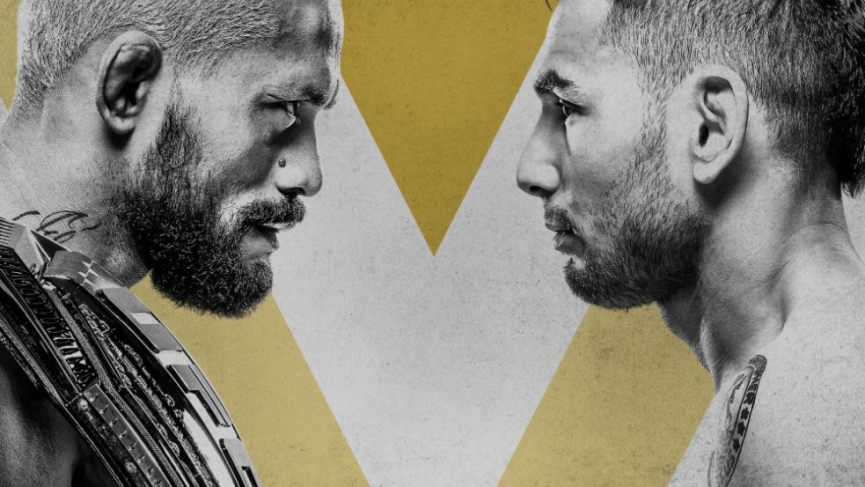 UFC 255 Odds Look Ahead – Figueiredo vs Perez: In this week’s edition of Looking Forward, we take a deeper look at the UFC 255 main event between UFC flyweight champion Deiveson Figueiredo and Alex Perez. The fight is scheduled to take place on November 21 at the UFC Apex in Las Vegas, Nevada. The sportsbooks recently opened the betting odds for this championship fight, so let’s dive into the matchup.

Figueiredo (19-1) is the UFC flyweight champion. The 32-year-old Brazilian won the title in his last fight, at UFC Fight Island 2, when he stopped rival Joseph Benavidez for the second time in by far his most devastating victory to date. Since joining the UFC roster in 2017, Figueiredo has racked up an 8-1 record in the UFC with two wins over the aforementioned Benavidez, plus victories over Tim Elliott, Alexandre Pantoja, John Moraga, Joseph Morales, Jarred Brooks, and Marco Beltran. His lone loss in the Octagon came against veteran grappler Jussier Formiga in June 2019.

Since turning pro in 2012, Figueiredo has won 16 of his 19 victories by way of stoppage, an unheard-of finishing ratio for a flyweight. In the UFC alone he has finished opponents in six of his eight wins. Figueiredo is dangerous on the feet and on the ground, finishing nine fights by knockout and seven fights by submission. Figueiredo has been a great bet during his UFC run and he will next put his belt on the line against a credible challenger in Perez at UFC 255. 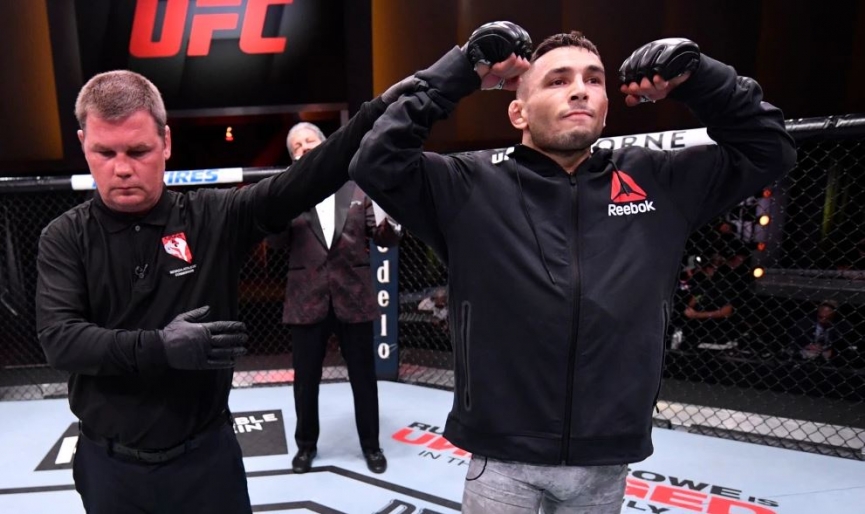 Perez (24-5) is the No. 4 contender in the UFC flyweight division. After Cody Garbrandt was forced to withdraw from UFC 255 due to injury, Perez filled in and now gets his first UFC title shot against Figueiredo. Since signing with the UFC in 2017, the 28-year-old American is 6-1 with wins over Jussier Formiga (UFC 250), Jordan Espinosa, Mark De La Rosa, Jose Torres, Eric Shelton, and Carls John de Tomas, with his lone loss in the Octagon coming against Joseph Benavidez.

A pro since 2011, Perez has finished 12 of his 24 victories, and in the UFC six of his seven wins have come by stoppage. Perez is a well-rounded fighter with a dangerous and improving striking attack on the feet to go along with a strong ability to get the fight to the ground and dominate there. Since 2016, Perez has won 11 of 12 fights, so he’s been a consistent winner. At UFC 255, at the UFC Apex Center in Las Vegas, Nevada. Alex Perez faces the toughest test of his career to date when he faces off with Figueiredo.

So far the early action has come in on Figueiredo, driving the line to -280 for Figueiredo and +220 to Perez. I think the oddsmakers opened the line at a fair number and I’m not surprised Figueiredo is getting some early action from gamblers considering how spectacular he looked in his last fight. However, I still don’t think you should completely discount the chance of Perez scoring a potential upset in this spot. It’s definitely not a gimme for the champ by any means.

I feel like the current -280 is a steep price to pay on Figueiredo. We will see some action come in on the dog in Perez at the current +220 odds at some point, so if you are looking to play Figueiredo, I would wait until closer to the fight and try to get a line closer to 2-to-1. Although I favor Figueiredo to get his hand raised, I’m not totally ignoring Perez in this spot either.

How to bet Figueiredo vs Perez:

If you are leaning towards Figueiredo, I would be sure to keep my eye on the moneyline for this contest in the coming weeks as I believe the line will tighten up and the odds on Figueiredo will improve a bit. I would also recommend looking for the prop on Figueiredo to win the fight inside the distance as I believe that is the most likely outcome. You could consider hedging that with Perez ITD or playing the fight doesn’t go the distance as I see a finish happening in this fight.

Keep it locked to Odds.com for all of your UFC betting needs for UFC 255. The best current odds and content can be found on our UFC page. All UFC Odds via WilliamHill (Updated 11/10, 2:00 PM EST)

UFC 255 Look Ahead: Shevchenko vs Maia