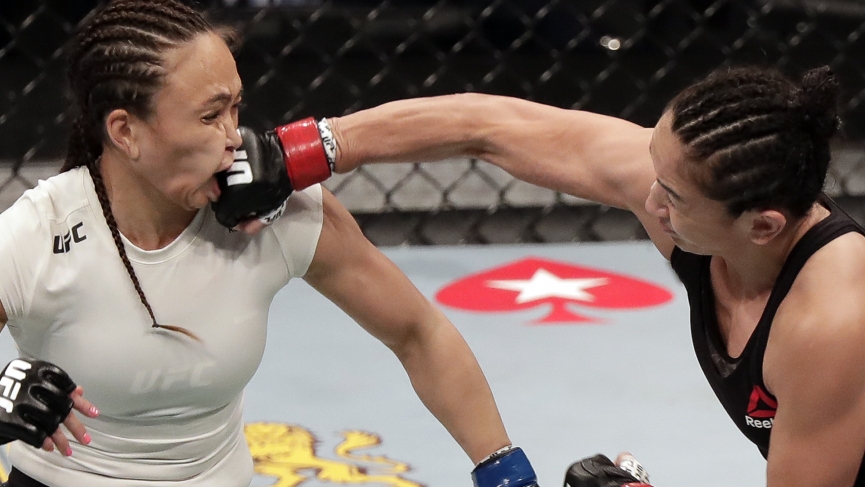 There are 15 total fights on UFC Fight Island 3 card like my Carla Esparza vs Marina Rodriguez pick, that are solid opportunities for betting. We have discussed many of them throughout the week and now we come to just the day of the fights and we have to narrow it down. It’s go time.

Carla “Cookie Monster” is the former 115-pound champion and she is struggling to get herself back into the title mix. Marina Rodriguez is an undefeated stand out who is gaining momentum, but has had a few bumps in the road on her way to the top. This is a classic striker vs grappler match and both women have struggled with what the other brings to the table.

This fight is going to be a battle of wills. Carla has faced long rangy strikers before and she has really struggled with them. Rodriguez has 2 draws on her record and both of those fights came to grappling heavy fighters in Cynthia Calvillo and Randa Markos. I believe this is a make or break fight for Rodrigez and she is going to be up to the challenge of Cookie Monster’s ground game. Carla is a solid wrestler but recently she has started to fall in love with her striking. Carla should definitely know that she needs to come out in this fight and grapple almost immediately, but you never know what is in a fighter’s head after they get confidence in their next skill set. 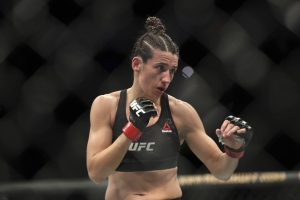 Rodriguez has had a weakness to the takedown, but she is going to have a decent physical advantage for this fight in height and reach and I believe she will be able to maintain the range and utilize her striking. Carla is slightly undersized for 115 and doesn’t really threaten with her ground game, she simply blankets her opponents. Rodriguez should be able to score enough when on the feet to negate the wrestling of Carla and we have noticed that the judges in Abu Dhabi are favoring volume striking above just about anything else.

Carla is a bit long in the tooth at this point in her career even though she isn’t very old and doesn’t seem to wear damage very well. As much as this fight might be a mismatch on the mat Carla isn’t going to be attacking with ground and pound or submission and it may be even more of a mismatch on the feet. I honestly would not be at all surprised if Rodriguez was able to keep the range and dish out enough damage to get Carla out of there.