This week, fans will have nothing to complain about. This is a main event folks. The UFC is bringing back the heavyweights and these two will put on a show! Who doesn’t love a clash between heavyweight prospects? This fight should be technical, entertaining, and my expectation is that it will end violently. Lets dig into it and see if we can find a way to make some cash!!

We have another classic striker vs grappler match in this week’s main event .Rather than a fight where fighters have the ability to survive in their opponents wheelhouse both of these men sell out for their various skill sets. It’s no secret that Blaydes is a high level wrestler and wants to get this fight to the mat. Similarly, Volkov is a striker who will look to avoid Blaydes, and keep this fight on the feet where he can work his way to a decision victory.

Blaydes vs Volkov: The Fighters

Curtis Blaydes is a wrestling machine! He is a force in that cage and is extremely difficult to stop. Imagine you took Khabib Nurmagomedov and combined him with the height and reach of Jon Jones, and then pack on about 30 pounds of muscle and fury. That’s Curtis ‘Razor’ Blaydes! Blaydes is making a case for his shot at the title. He is on the warpath right now and has finishes over the ever durable Shamil Abdurakhimov and Junior Dos Santos in his last 2 fights. Blaydes has heavy hands and is improving his striking, but the major threat comes when he hits the mat. The ground and pound Blaydes brings to the table is something to behold. When he starts pounding, there are few who can withstand him. At times, Blaydes lays down the violence that sometimes it’s hard to watch.

Russian fighter Alexander Volkov has embraced his roots and has one of my favorite fighter nicknames of all time. Tell me you have seen Rocky 4! Rocky 4 was my favorite moving growing up and my introduction to combat sports. The fact that Volkov goes by “Drago” always makes me want to root for him. Volkov does his best to embody Ivan from Rocky 4 and has an impressive 75% finish rate with 20 of his 31 wins coming by way of knockout. Unfortunately, most of those KOs have come outside the UFC and he has been a decision machine as of late. Volkov has an impressive amount of experience as a professional fighter and brings a ton of experience to the cage. Volkov is sneaky good on the feet and is able to piece his opponents up.

Volkov averages 5.36 significant strikes per minute and only absorbs 2.48 which is incredibly impressive. Those are the kind of numbers we generally see from grapplers who have top position where their opponents cannot answer back, but Volkov achieves it standing. Combine that with his 75% takedown defense and this man is a threat.

Blaydes vs Volkov: The Matchup 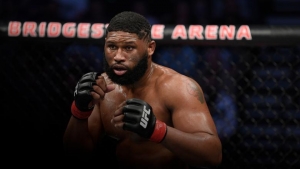 Blaydes falls into the same category of great fighters who were overshadowed by the big star. Names that come to mind are Ryan Bader and Daniel Cormier who could have been huge if not for Jon Jones. Bader had a crossroads fight with Jon Jones before Jon got his first crack at the title and they had a very similar skill set. Had Bader won that fight he could have gone on to take the title and been the hottest young 205’er ever. Daniel Cormier was a legendary champion and the best 205’er in the UFC if not for Jon. If Jon had never returned to the Octagon I believe DC would have ruled the light heavyweight division with an iron fist! Blaydes has the same issue with Francis Ngannou. The only 2 losses on Blaydes’ record comes from the power puncher and uncrowned king Ngannou. If not for those fights, Blaydes would already have the heavyweight strap around his waist.

I’ll be completely honest, I have bought in on Curtis Blaydes and I am going to bet him against any fighter NOT named Francis Ngannou. I know i just got through talking up how dangerous Volkov is, and his high takedown defense rating. However, the truth is doesn’t mean anything to a man like Blaydes. Curtis averages a ridiculous 6.63 takedowns per 15 minutes. I wasn’t joking when I compared him to Khabib. Not only does he land an extraordinary amount of takedowns, but he does it at a 55% accuracy which is wild. You might be able to get up after you are taken down by Blaydes, but even if you do you’re going to end up right back on your ass. Once Blaydes has you there, you are in serious danger. He wastes no time unleashing ground and pound.

Blaydes vs Volkov: The Edge 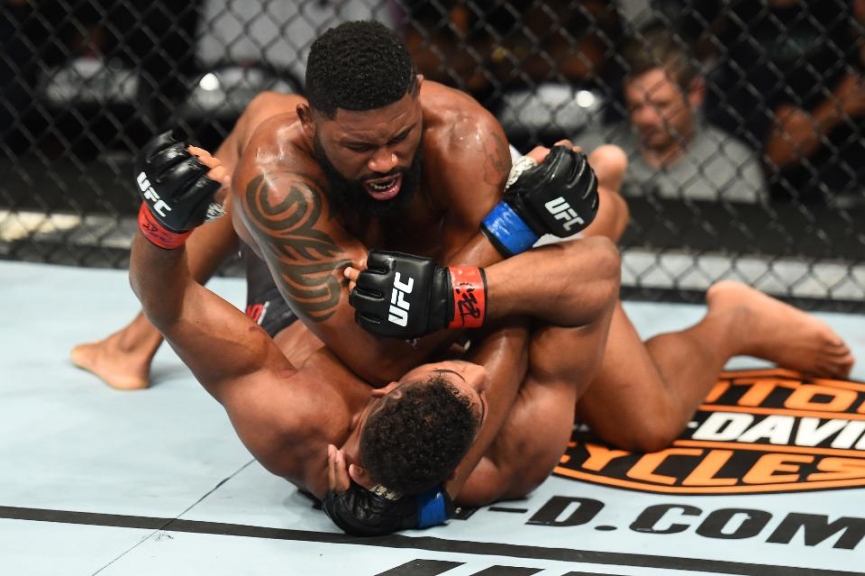 If you are thinking of backing Volkov here, let’s take a look at his recent fights and see if we can’t save you some money. Volkov’s lone loss in his UFC run came at the hands of Derrick Lewis in a fight he was winning handily. Volkov dropped his guard deep in round 3, and at the last few seconds of the fight Lewis unleashed a bomb that put him out. This is a loss we can chalk up to being a a fluke, but it happened nonetheless. Volkov danced around and out-pointed Greg Hardy in his last fight and before that was able to dig deep and TKO former champion Fabricio Werdum in 2018.

I am not overly impressed with the Werdum win. I believe that was the beginning of the end for Fabricio and he was completely gassed when it happened. Blaydes doesn’t gas and Blaydes isn’t chinny. I simply don’t see how Volkov wins this fight. Blaydes trains at Team Elevation and can keep his hellish offense up for a full 25 minutes, so that gas tank advantage Volkov usually enjoys won’t be available to him. The reach advantage Volkov usually enjoys is nullified as Blaydes has the same 80 inch reach at his disposal. In my opinion, Volkov is in for a rough night. If you don’t mind laying chalk go right ahead, but if you like to get value in other ways like me Blaydes is a perfect parlay piece.