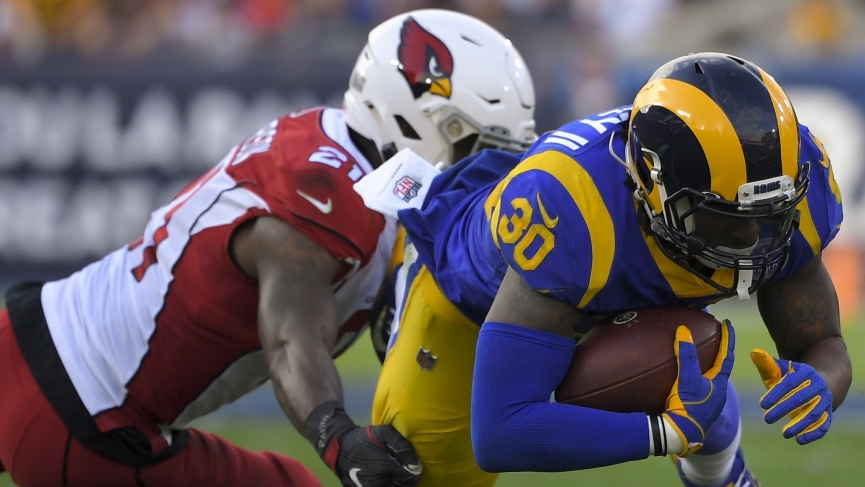 In ancient Mesopotamia, upon one’s death, a spiritual entity known as a Gidim was created, which maintained the personal identity of the deceased and traveled on to the land of the dead. It was this Gidim that would return to haunt the living if proper attention had not been paid to funeral rites and burial. The Los Angeles Rams have parted ways with some players and coaches and these players have contracts that will become Gidim, haunting them for their upcoming season. The Rams season-win total opened at 9 wins but is now 8.5. Were the bettors right to bet it down? Will the Rams contracts that become Gidim haunt their prospects for success this upcoming season?

The Ghost of Gurley

Sometimes contract situations are debatable. The Todd Gurley contract extension could not be construed as such. Gurley was released the year the extension kicked in, making the extension superfluous. Rather than ride out the team-friendly rookie contract, the Rams are now on the hook for 20 million!!… Let me repeat, 20 million!!… 20 million dollars of dead money due to their desire to compensate Gurley early.

This dead money will hinder the Rams ability to construct a roster this year. It resonated with other offseason moves. On the field, Gurley replacement will not be a vast improvement or downgrade from last year, as Gurley played sparingly. The dead money is hovering unmentioned, but the obvious mistake is haunting the front office like the ghost of Christmas past. The lack of financial flexibility is a phantom reminder of an obvious mistake that will hurt the team this year.

Gurley will not be alone in haunting the Rams this season. Brandin Cooks was traded for a second-round pick to the Houston Texans. The value received for Cooks is commensurate to his ability. Yet it is the dead money that will once again haunt the Rams this year.  Cooks is on the hook for 21 million dollars this season, bringing the cap space that is accounted for in the Rams house of horrors to almost 40 million dollars.

Rams Head Coach Sean McVay will definitely earn a starring role on the popular show Ghost Hunters if he is able to exorcise these demons and still get a winning season out of this roster, despite the ghastly ghostly albatross of bad financial planning.

The Ripple of Departures

One of the departures that this force was Cory Littleton. Littleton is a versatile linebacker that the Rams will miss sorely in coverage.  The Rams and their fans hope that the ghost of Gurley will not continue haunting them with wide-open opposing players that were previously locked down by Littleton. 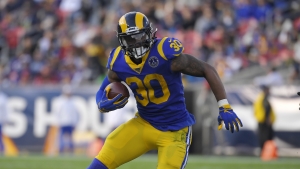 Even if the Rams called Ghostbusters, Edge Rusher Dante Fowler Jr. would probably still not be a Ram. Although he made a solid contribution to the team, most cap analysts believe that the Falcons overpaid him with a 3 year, 45 million deal that the Rams were smart not to match. So they might have learned from their mistakes and not overpaid! Yet they will miss Fowler and his 11.5 sacks on the field.

There is no way that losing Kicker Greg Zuerlein will end up being a plus on the field. So while they saved some salary-cap space, missed field goals at the end of games could become a 1 or 2 game swing in the win-loss column. A swing the Rams could have avoided by being able to keep Greg “The Leg” Zuerlein.

Clay Matthews left as well, but the Rams signing of Leonard Floyd as a replacement will actually be an upgrade at the position. So it’s not all gloom and doom in the haunted rooms of the Rams front office.

Just as the contract extension of Gurley could not have been predicted to be so ghastly, we have another situation where a potential haunting may be brewing in the Rams cauldron.  Losing Wade Phillips will end up haunting the Rams!

The Rams hired Denver Broncos linebacker coach Brandon Staley to replace the legendary Wade Phillips at Defensive Coordinator. Staley’s lack of experience means they intend for him to be tutored and guided by Coach McVay, who has never shown a flair for defensive excellence. This marks the growing ego of McVay.

In his 1st year, McVay was lauded for sticking to his strength and allowing Wade Phillips to run the defense unabated. Oftentimes during defensive possessions, McVay would be on the bench sitting next to and working with quarterback Jared Goff and his offensive crew.  Philips essentially took over as head coach during defensive possessions and his experience and defense of acumen led the Rams to be a top defensive team.

I don’t know why McVay believes that in 2 years he has learned more defense than Wade Phillips has over 30 years of coaching. Phillips has always been renowned for his defensive intelligence and the fact that McVay now believes himself to be sharper than the defensive guru Wade Phillips says a lot about the young coach.

Being overconfident and believing one’s own hype can lead to demise and this might be the case for McVay as he tries to put his stamp on the defense while presiding over a now struggling offense. This decision will make the Rams season the holiday of Halloween all season long as they are haunted by another ghost of a front office miscalculation.

The Jared Goff contract extension is also a potential poltergeist. Goff is now the worst quarterback in the NFC West yet the 2nd highest paid. He receives the same amount of money and salary cap hit as Russell Wilson one of the top quarterbacks in the league. Yet Goff has struggled to show that he can shine without McVay’s tutelage. During his break-out season, Goff oftentimes rushed the team to the line so McVay could get a look at the defense, and McVay would then call the audibles. The communication headset between coach and quarterback cuts off of 15 seconds before the snap.

In the Rams 2018 trip to the Super Bowl, New England coach Bill Belichick exploited this by making all the defensive changes and check-downs within the last 15 seconds of the play clock, forcing Goff to read the defense on his own. After Belichick created this blueprint, teams caught on and forced Goff to read the defenses on his own without the help of his brilliant coach. Goff will need to improve and prove that he is worthy of his big-money extension, or his contract will become another ghost haunting the Rams’ front office.

A Look to the Under

The Rams are a well-coached team that is laden with talent. Yet in the hyper-competitive NFL, any sort of edge needs to be taking advantage of. The Rams misuse of cap space will come back to haunt them. Bettors have already taken advantage of a seemingly high total on the Rams but the value continues to be on the under. You may not believe in ghosts but the Rams mistakes will haunt them. It is easy to believe that they will be a losing team this season until they exorcise the ghosts of their haunted house.