Baltimore Ravens Odds to Win the Super Bowl – Is Luck on Their Side? 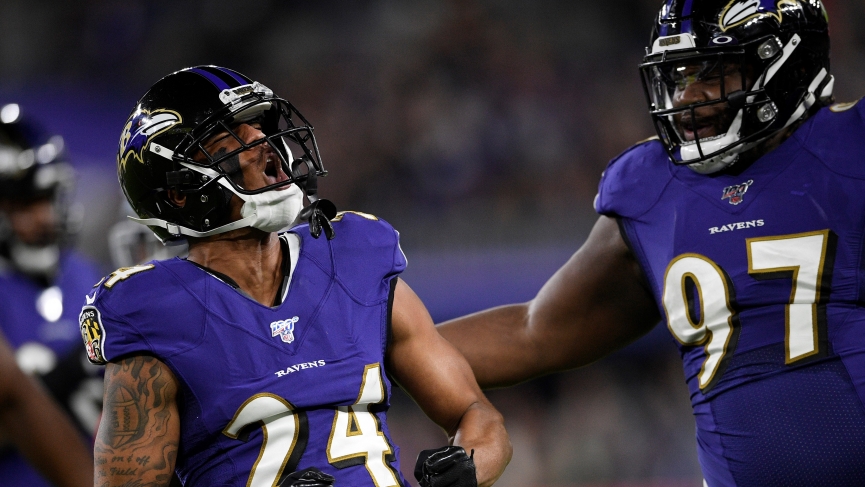 Will the Ravens Win the Super Bowl, AFC Championship or AFC North?

(note: odds are placed in FanDuel/DraftKings form in parenthesis)
The Baltimore Ravens come into 2020 with massive expectations, following a 14-2 season that ended abruptly in the AFC Divisional Round. It looked like the Ravens would steamroll through the entire league, but the Tennessee Titans came right into Baltimore and beat them down to a pulp.
While this has certainly been the most awkward offseason of all-time, please believe that the Ravens had plenty of time to think about that devastating loss to the Titans and use it as motivation going forward. I truly feel bad for the opponents on the Ravens schedule this season because it looks like that steamrolling effect could be back on full display once again.

What Went Wrong for the Ravens Last Season?

There was not a whole lot that went wrong for Baltimore in 2019. In fact, it was just a shitty luck of the draw that occurred. The Ravens were in control of their destination for most of the season but a meaningless Week 17 matchup was the beginning of the end for them.
Because of the dominant season, Baltimore had the No. 1 seed in the AFC Playoffs, getting the first-round bye, and essentially had a three-week layoff until the game against the Titans. That layoff caused the Ravens to be soft in a game where they certainly not afford to do such. The end result for the Ravens: end of the season.

What Will Work for the Ravens This Season?

Jackson won the MVP getting every single vote, joining only Tom Brady, on the strength of 1,206 rushing yards – the most ever by a QB in a single season – to go along with seven ground scores. In addition, he threw for 3,127 yards and 36 TDs/6 INTs. Those passing stats were a major source of success, but we all know how this team gets down.
Last season, Baltimore rushed for 3,296 yards – more than any other team in NFL history. While Jackson led the team individually in rushing yards, RB Mark Ingram wasn’t far behind and rushed for 1,018 yards and 10 TDs while RB Gus Edwards chipped in admirably for 711 rushing yards and two TDs. All three players rushed for at least five yards per carry, so look for that to continue once again.
In addition to that barreling run game, the Ravens have two fantastic pass-catchers in WR Marquise “Hollywood” Brown and TE Marc Andrews. The two accounted for nearly half of Jackson’s 36 TDs (Andrews: 10 / Brown: 7) and will be looking to make an even bigger impact this season.

How Will the Ravens Fare This Season?

The Ravens have a fairly-easy schedule and may even wind up somewhere near 14-2 again. While, it shouldn’t be too tough, the biggest tests will come when the defending Super Bowl champions and Dallas come to town and when Baltimore makes a trip to Philly and New England (sans Tom Brady). 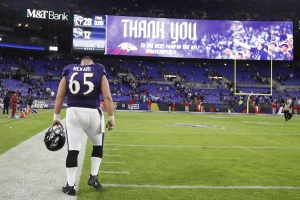 Of course, the Browns were one of the teams to beat the Ravens during the regular season – and we’ll see that matchup twice. Not to mention, Ben Roethlisberger will return to action and that will instill some vigor back into one of the best rivalries in football.
Baltimore, understandably, has the best odds to win the AFC North for the third straight season. In fact, the Ravens are one of the only teams to not have plus-odds in winning the division. When it comes to winning the AFC Championship, the Ravens (+420/+720) are right there with the Chiefs (+300/+600). It’s not like we needed these odds to tell us this, but it goes without saying the AFC will be a two-team race for the foreseeable future. Hopefully, we do not get a big dose of disappointment like we did last season.
As for the grand prize, we might have a winning bet here. After all, we saw the Virginia men’s basketball team get ousted from the first round of the 2018 NCAA Tournament in embarrassing fashion as the first No. 1 seed to lose to a No. 16 seed. This Ravens loss wasn’t quite as dramatic but it also tells a tale of profitable redemption, because UVA did win the title the following season.
Baltimore has the second-best odds to win this year’s Super Bowl at +700 on both FanDuel and DraftKings – only Kansas City (+650/+600) have better odds. Look for the Ravens to capitalize on the built-up anger and win the Super Bowl.