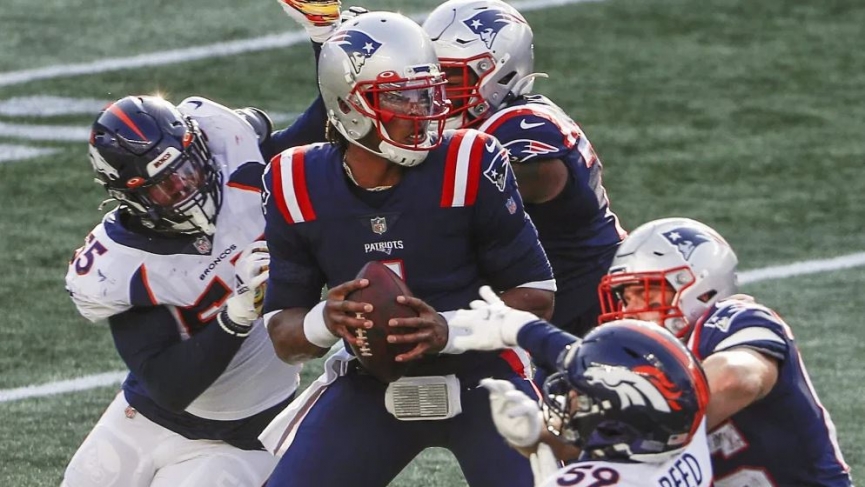 Odds.com’s NFL Week 7 Parlay: Let’s Parlay Ourselves A Winner In Week 7. The board has been examined and it’s time to choose the best Week 7 NFL Parlay possible.

The 2-3 straight-up and against-the-spread New England Patriots are looking to regroup after an 18-12 upset loss at home to the Broncos. The road ahead gets much more difficult for the Patriots, so this is a crucial home contest for New England.

The 5-1 straight-up and 4-2 against-the-spread Kansas City Chiefs are 3-0 straight-up on the road and they’re in Denver on Sunday afternoon, looking to build off a bounce-back 26-17 win at Buffalo last weekend.

Tough Road Ahead For Patriots

With two divisional road contests up next (Buffalo, Jets), followed by games vs. the Ravens, Texans, and Cardinals, New England will be looking to bounce back from last week’s disappointing effort and to take advantage of a still banged-up 49ers team. With their covid-19 issues in the rear-view mirror, the Patriots face a San Francisco team that travels across the country off of a crucial 24-16 home win over the Rams. Ex-Patriot back-up quarterback Jimmy Garoppolo returns to New England, but he does so without the services of running backs Raheem Mostert and Tevin Coleman, tight end Jordan Reed and defensive standout Nick Bosa.

Note that New England is still 17-4 straight-up in its last 21 at home, while San Francisco is just 1-4 straight-up the last five in this series.

Kansas City suffered a 40-32 loss at home to Las Vegas in Week 5, but then it rebounded to win a tough game in Buffalo by a score of 26-17 last weekend. With a game at home against the lowly New York Jets in Week 8, Patrick Mahomes and the Chiefs will look to take advantage of this banged-up Broncos side. Mahomes has 15 touchdowns and just one interception. Kansas City averages 29.2 points per game and it concedes 21.1. The Broncos won a war of attrition against the Patriots in Week 6, as Brandon McManus was the star of the game with six field goals (Denver had just 299 total yards of offense in the victory.) Slowing down Cam Newton and the Patriots offense is one thing, but doing it against the Chiefs is obviously quite another. On the season the Broncos average 20 points per game, while allowing 22.

Our two-team money line NFL Week 7 parlay is on the Patriots, and Chiefs. Both New England and San Francisco have had plenty of off-field and on-field issues to deal with this season, but everything points to Cam Newton and Bill Belichick getting back on track in this favorable home matchup, and breaking their two-game slide in the process. Kansas City bounced back big in Buffalo in inclement conditions and it now faces one of the worst secondaries in the league. Mahomes and the supporting cast are poised for a big night.

The parlay calculator allows you to input the odds for each leg of your parlay to quickly calculate the payout of your bet.