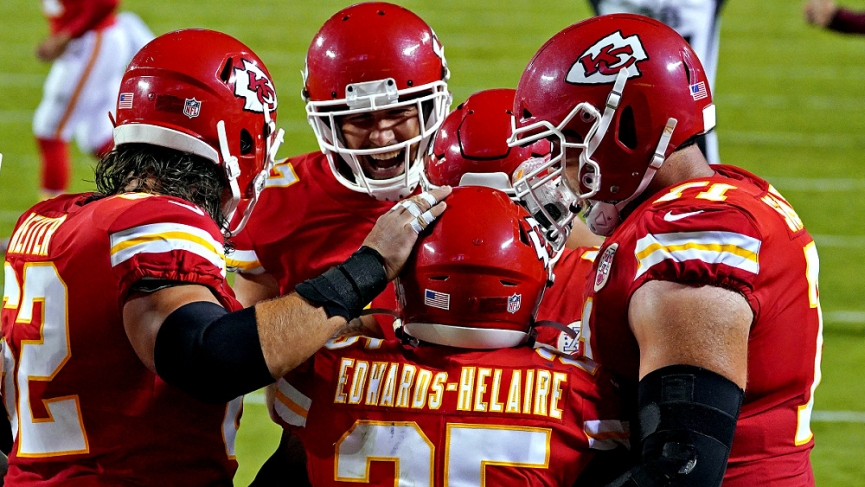 This game was scheduled to be played on Thursday but was moved to Monday after Covid-19 impacted Buffalo’s week five opponent Tennessee. That game was played on Tuesday meaning Buffalo has had less time than Kansas City, who played Sunday, to prepare for this contest.

Buffalo offensively needs to rely on Josh Allen because the running game has been non-existent. They rank 26th in yards per rush attempt at 3.8 yards. For a team that is 4-1 and consistently playing with the lead, they rank a surprisingly low 25th at 24.4 rushing attempts per game. Starting running back Devin Singletary has not been able to get going. He has a total of 238 rushing yards for the season which ranks tied for 27th in the NFL with quarterback Lamar Jackson and is averaging a pedestrian 3.9 yards per carry.

Kansas City is also coming off their worst game of the season and in particular a terrible second half against Las Vegas. With the game tied at 24 going into the second half, Kansas City had one first down on their first four possessions of the half and quarterback Patrick Mahomes threw an interception. Las Vegas was able to capitalize with 16 unanswered points and only with the bigger lead, was Kansas City able to drive down and score a meaningless touchdown. Las Vegas outgained Kansas City by 77 yards, had a +1 yards per play differential, and had over 10 minutes more of time of possession. Of course with the Bills inept running game, hard to imagine seeing them replicate the same script.

Kansas City has played three teams –Houston, Baltimore, New England- that made the playoffs last year, they were favored in every game and won every game by at least two touchdowns. In their other two games against the LA Chargers and Las Vegas, they failed to cover both times and needed overtime to beat Los Angeles. While Los Angeles and Las Vegas might be weaker opponents, they are division rivals and the games lived up to the ‘throw out the records in division games’ philosophy. Buffalo made the playoffs last year, currently lead their division, and are not a division rival thus they fit more with the first group of opponents that Kansas City has handled so easily this year.

Buffalo defensively has been mediocre this season. Last year they allowed just 4.9 yards per play which ranked 4th in the NFL and this year they are giving 5.8 YPP which is tied with Kansas City for 19th. Last year, Buffalo ranked 3rd in opponent yards per pass attempt allowing just 5.8 yards this year they rank 19th in that category behind Kansas City.

The best current price on the Chiefs ATS is at +100 via PointsBet:I don’t think Buffalo can slow the game down as their running game has been mediocre. Getting into a contest where you are trading scores with Kansas City, isn’t going to work for many teams.  Buffalo’s defense has been below average, especially in the second half, thus the short week likely hurts their chances in this contest and Kansas City is a motivated favorite coming off their first loss.