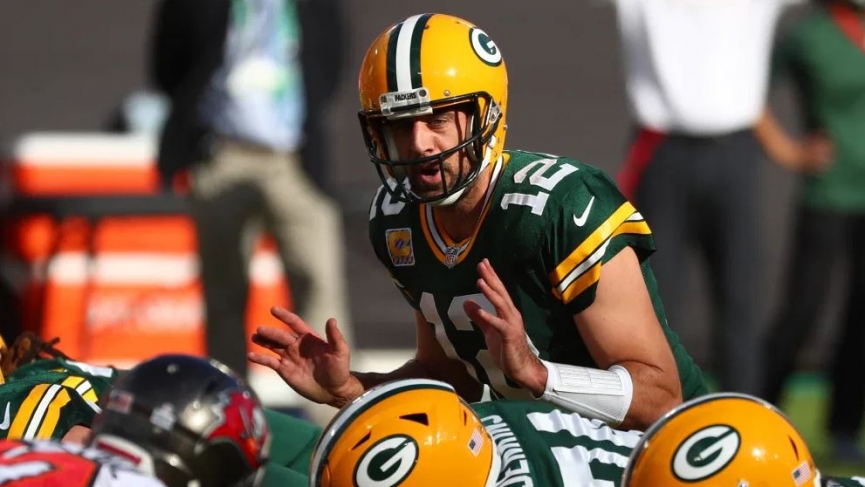 These teams are similar in that their offensive identity revolves around their star quarterbacks. Both sides also enter off losses. Green Bay was throttled 38-10 in Tampa Bay last weekend, dropping the Packers to 4-1 on the year. Houston got its first win of the year against Jacksonville, but it fell short in a 42-36 loss at Tennessee in overtime.

Green Bay was arguably the best team in the league over its first four games, going 4-0 and posting 43, 42, 37, and 30 points in the process. The Packers had their bye week following their 30-16 win over the Falcons and rest did indeed lead to rust in last week’s blowout loss in Tampa.

Green Bay jumped out to an early 10-0 lead, but then Tom Brady and the Bucs scored 38 unanswered points. Aaron Rodgers was 16 of 35 for 160 yards and two interceptions. Despite the poor outing, Rodgers still has 1,374 passing yards. Rodgers has 13 touchdown passes, but it was the first time this year that he was held without one last weekend, and the two picks were his first this season as well. A blow to Rodgers’ offense this week is to deep threat Allen Lazard, who is now on the injured list (he has 13 catches for 254 yards.)

Texans’ Season Is On The Ropes

After starting out 0-5, Houston fired GM and Head Coach Bill O’Brien. The Texans rallied to beat Jacksonville to move to 1-5 the following Sunday, but they then came up just short in last week’s setback at Tennessee.

Despite the personnel changes, the coaching changes, and the injuries that Houston has had to deal with this year, there’s also no question that the Texans have faced one of the most difficult schedules in the league, with opening games vs. Kansas City, Baltimore, Pittsburgh, Minnesota, Jacksonville, and Tennessee.

Houston has its back against the wall this week. The good news for the Texans as far as their schedule is concerned, is if they can manage to find a way past Green Bay, they then have much more winnable contests on deck versus Jacksonville again, and then versus suddenly struggling Cleveland.

While Rodgers enters off his worst performance of the year, Texans’ quarterback DeShaun Watson comes in off his best, finishing with 335 yards passing and four touchdowns. Watson now has 13 touchdowns and five interceptions and he had zero in last week’s narrow setback.

The Texans’ weakness lies on the defensive end, last week the unit conceded 15 fourth-quarter points to Tennesse, and overall they allow 30.3 points per game.

The Side: Take the Texans at +4 (-110) via FoxBet. Houston’s season is on the line here, as another loss eliminates it from contention. The Texans played well last weekend, but they were just in the wrong place at the wrong time, running into a buzzsaw in Derrick Henry and the Titans.

While Houston’s schedule has been difficult, Green Bay’s has been much easier to this point, facing Minnesota, Detroit, New Orleans, and Atlanta, before last week’s crushing defeat in Tampa Bay. Rodgers isn’t going to play as bad as he did last weekend and he faces a secondary which has struggled all year, but Green Bay was exposed on the road by the Buccaneers in many other facets. Off their first loss of the year and with a divisional contest at home next weekend against the Vikings, this also sets up as a classic “look-ahead/letdown” spot for the Packers.

Watson is finally starting to form chemistry with his offense and despite the fourth-quarter meltdown, last Sunday, the Texans defense has shown small signs of improvement over the last two weeks as well. While the outright win isn’t out of the realm of possibility with a spread like this, we’ll ultimately recommend grabbing as many points as you can.

The Total: Take the Over at 56.5 (-115) via BetMGM. Scoring is up in the NFL this year but combined these teams are averaging 56.7 points per game and allowing 58.1. To correlate along with our assumption that Watson will play a big part in his team’s success in this matchup, we are also expecting this to be a higher-scoring game. Rodgers will be out to redeem himself after last week’s poor performance and Watson is playing at his highest level so far this year. This one has shootout written all over it.