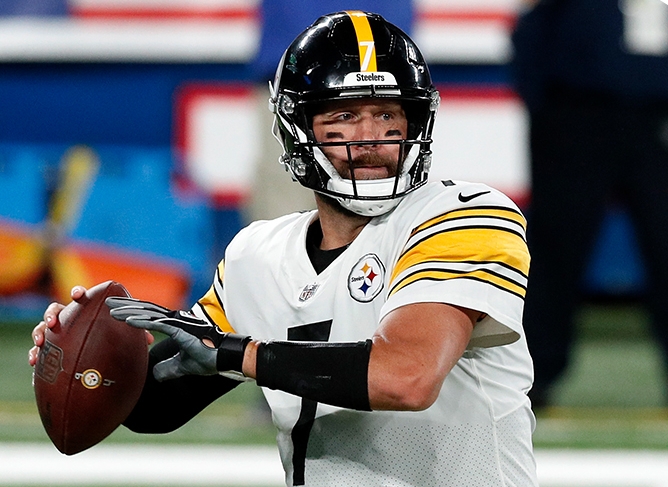 Odds.com’s Pittsburgh Steelers vs Philadelphia Eagles Pick – NFL Week 5: Doug Pederson and the Eagles are coming off an impressive road win over the 49ers, and are riding a 6-2 ATS streak when coming in as the road dogs. The Eagles take on their inner-state rivals in the Steelers in Week 5.

Pittsburgh enters at 3-0 after it had its bye-week a little early due to Covid-19 concerns last weekend, while Philadelphia comes to town with a 1-2-1 record, notching its first win of the year last week in San Francisco.
The Steelers have a tough divisional contest at home against the Browns next Sunday, followed by three-straight games on the road. The Eagles have three-straight contests at home after this one, starting with Baltimore.

Breaking Down The Eagles Philadelphia finally broke into the win column with its 25-20 victory at San Francisco last Sunday. Quarterback Carson Wentz had his best game of the season, finishing with 193 yards, one touchdown, and one interception.
The Eagles also looked decent on the defensive side, forcing three turnovers and two interceptions.

Wentz’s overall performance has been a bit of a mixed bag to this point in the season with 930 passing yards, four touchdowns, and seven interceptions. He also though has 111 rushing yards and three more major scores on the ground. Wentz has four receivers which have at least 100 yards receiving, with Greg Ward leading the way with 146 yards and a touchdown.

Zach Ertz is second with 19 catches for 139 yards and a TD, while Dallas Goedert has 138 yards receiving and a TD as well. DeSean Jackson also has 121 yards receiving. Note that both Jackson and Goedert have been listed as questionable for this contest. Miles Sanders has 236 rushing yards and a touchdown on 51 attempts.
Philadelphia concedes 26 points and 382.5 yards of offense per contest (108.8 rushing yards and 273.8 passing yards). The defense has two interceptions (with one pick-six) and it’s registered 17 sacks.

Breaking Down The Steelers 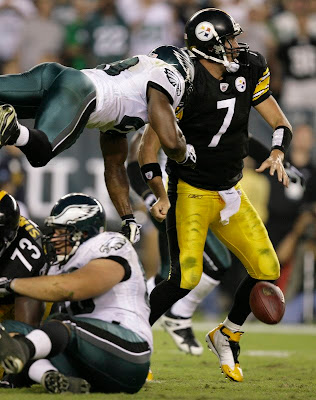 Pittsburgh hasn’t played since September 27th. Will rest lead to rust? Only time will tell. The Steelers last played Houston at home and they came away with the 27-21 victory. Quarterback Ben Roethlisberger has 777 yards, seven touchdowns, and one interception on the season. In the win over the Texans, he had 237 passing yards and two major scores.

The Steelers also have four receivers with at least 100 receiving yards. JuJu Smith-Schuster leads the group with 160 yards and three touchdowns, while Chase Claypool has 151 yards and a TD. Dionte Johnson has 149 yards receiving and a major score, while Eric Ebron has 113 yards and a touchdown as well. James Conner leads a rushing attack which averages 139.7 yards per game.

Pittsburgh concedes 19.3 points per game and 327 total yards of offense (54 rushing yards and 273 passing.) The defense has posted 15 sacks and registered four interceptions.

These teams haven’t played since 2016 (a 34-3 win for Philadelphia) and before that, it was 2012. It’s interesting to note that the last four between these clubs have fallen under the posted total.

The Total: The official play on this contest is the over 44 total points scored between each team. Pittsburgh is coming off its bye-week and it comes in fresh and ready to go without any significant injuries. Philadelphia enters motivated after its first win of the year and considering its position in the standings, it needs to continue to play as if its season depended on it.

From a situational standpoint, this one sets up nicely as more of a shoot-out than chess-match, but also note that Philadelphia has seen the total go over the number in five of its last six on the road, while Pittsburgh has seen the total eclipse the posted number in seven of its last 11 after a three-games or longer unbeaten streak.
The situational factors, combined with these strong O/U trends make the over the correct call in this one.