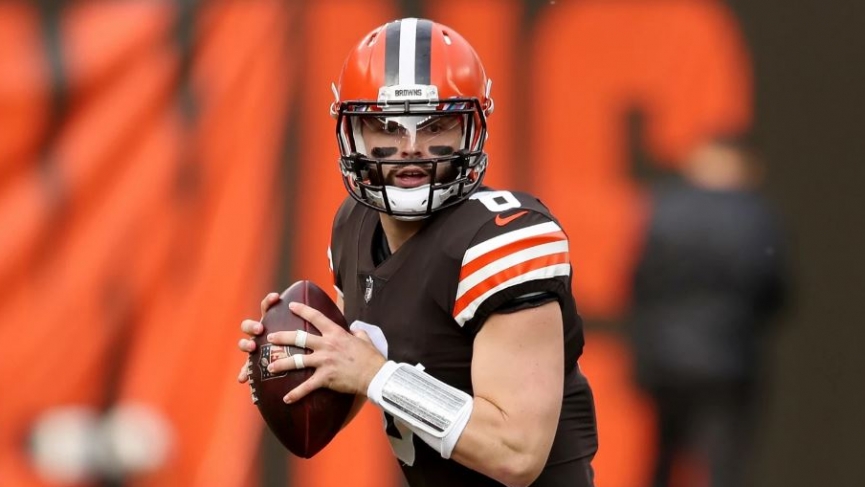 Odds.com’s Cleveland Browns vs Pittsburgh Steelers Pick – NFL Week 6: Mike Tomlin’s Steelers have covered in three of their last five against the Browns. Meanwhile, despite being 4-1 on the season, the Browns are 1-7 ATS in their last 8 road games and are 0-4 ATS in their last 4 vs divisional opponents.

The Cleveland Browns will be in Pittsburgh taking on the Steelers on Sunday. The Cleveland Browns are sitting in 3rd place of the NFC North with a record of 4-1. The Pittsburgh Steelers are currently in 1st place of the same division with a record of 4-0. Now, these two teams meet for the Steelers’ first divisional matchup of the year, the Browns are already 1-1 in the division.

The Browns started their season in a bit of disarray losing their first game in a divisional battle to the Ravens. They have since righted the ship going 4-0 after that first loss. Baker Mayfield has not been carrying the team himself, averaging a mere 201.6 passing yards per game, with a 61.2% completion percentage, 9 touchdowns, and 4 interceptions. The Browns have been getting their wins on the ground this year with Kareem Hunt who has 347 rushing yards, Nick Chubb who has 335 yards, and D’Ernest Johnson who has 132. Along with a few others, the Browns are averaging 188.4 yards per game on the ground.

Now, the Steelers defense is only allowing 64 rushing yards per game at the moment but, the Browns are easily the best competition the Steelers will have seen so far this season. The Browns have already seen the Ravens in week 1 when they got smacked 38-6, and they are coming off a game where they beat the Colts 32-23. Those are two top 5 defenses in the NFL that the Browns have faced already.

Losing to the Ravens in week 1 is understandable, it was the first game of the season and given the circumstances, there was no real-time to practice. As the season progressed, they’ve seemed to figure things out, coming off a game where they put up 261 passing yards, 124 rushing yards, and 32 points against one of the best defenses in the league. The Steelers have a very good defense but not as good as what the Browns have faced already and they should be able to find a way to put up points in this game.

The Pittsburgh Steelers come into this game undefeated on the season. Ben Roethlisberger is averaging 254.5 yards through the air this season. The Steelers offense also averages 138.8 rushing yards per game. They are facing a Browns defense that allows 296.4 passing yards per game and 87 rushing yards per game. The Browns have been very stout on run defense so the Steelers will have to move the ball through the air to gain some yardage in this game. Now, the Steelers have a very stout run defense as well, boasting one of the better defenses in the league but, some of these numbers might be a little fraudulent for this Steelers team.

Through the first four games of the season, the Steelers have faced the 0-5 Giants, the 1-3 Broncos, the 1-4 Texans, and the 1-3-1 Eagles. All of these teams average no more than 22 points per game. The Steelers have had one of the easiest schedules thus far and now they get their first real test against this Browns team. The Browns have been putting up points this year averaging 30.8 points per game and this is a very important game for both teams. Expect both defenses to come to play like this should be a lower scoring scrappy type of game. The Steelers are 4-0 but have faced teams with a combined record of 3-15-1.

The best current price on the Browns is at +4 (-110) via BetMGM:Both teams will come to play hard in this divisional battle between two foes. This will be the first divisional game for the Steelers this season and as of right now their fate is in their hands. The Browns, on the other hand, might come fighting a little harder as they have already played two divisional games. With a 1-1 record losing this game would be detrimental to their division title hopes as they play in a very tough division with the Steelers and Ravens.

Winning this game would be a big boost for this Cleveland team and considering the level of competition both teams have faced thus far, the Browns are better prepared for this matchup. This will be a close low scoring battle where the defenses shine and both teams try to control the pace with their run game, killing lots of clock in the process. This game could very well come down to a field goal but, the Browns should be able to overpower this Steelers defense and win the game outright. Cleveland Browns cover +3.5 and win the game. Take the Cleveland Browns ATS and ML.