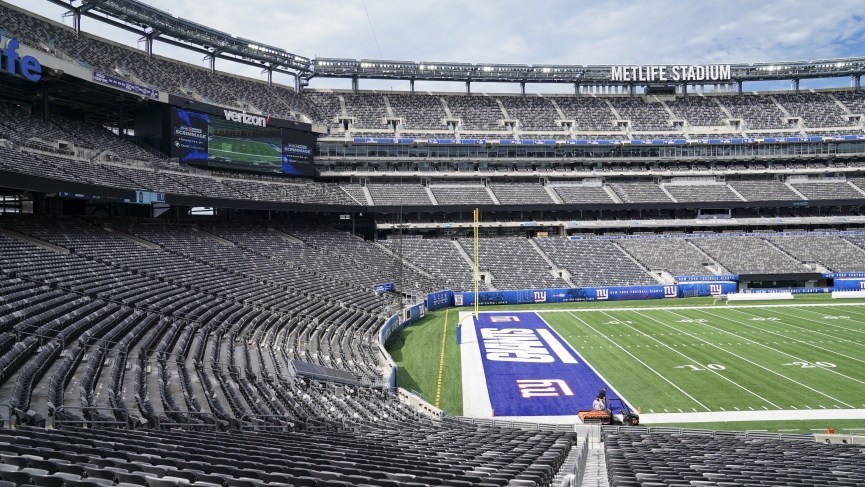 OddsHQ’s Pittsburgh Steelers vs NY Giants Pick for NFL Week 1 MNF: Over the last 30 years, NFL teams who have gone Under the total in 6 of their last 7 games in the previous season have gone Under in 57% of games in Week 1 of the next season. The Giants host the Steelers on Monday Night Football, with a current total of 45.

This matchup has as many uncertainties as all that has unexpectedly occurred in 2020 so far. Of course, this is an NFL football game giving us the privilege to enjoy as entertainment and has nothing as horrifying as the COVID-19 pandemic has wreaked on our world. Still, is it a not great and huge relief to be able to watch these games again and remove our minds from the problems at hand. This matchup will be filled with twists and turns and stories yet to be written.

How Do the Steelers Look for This Season? 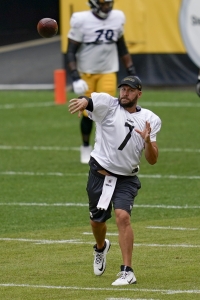 The Steelers had a disappointing 2019 season starting with the loss of their future Hall-of-Fame quarterback Ben Roethlisberger to a shoulder injury requiring season-ending surgery. They went 8-8 straight-up (SU) and against-the-spread (ATS) and the ‘UNDER’ was a League-best 12-3-1. The Steelers return one of the best defensive units in the NFL and was a large reason the ‘UNDER’ was so profitable. The ‘UNDER’ cashed in seven straight from Week 10 through Week 16 and pushed in Week 17 in a losing 28-10 effort against the divisional foe Ravens.

So, the Steeler defense will put the season on their shoulders until more is known on the overall health of 38-year old Roethlisberger and the offensive unit that finished last in the NFL in offensive efficiency. The shoulder surgery he had is one that requires immense and painful rehabilitation and his arm strength will be key tonight. He has always had one of the strongest arms in the league, but even a modest reduction in ball speed and arm strength is the difference between completed passes and incomplete passes or worse interceptions. No matter, who has been on offense, head coach Tomlin is 31-11 ‘UNDER’ in games lined with a total of 45 or more points.

Will Change Be Good for the Giants?

The Giants have won only 12 games over the last three seasons and made the playoffs once in 2016 spanning the last eight seasons. So, massive overhauls were made starting with the head coach position. The Giants surprisingly hired 38-year old Joe Judge as head coach, who has orchestrated new offensive and defensive schemes for the Giants team. Judge has made a huge jump up the promotion ranks coming from the Patriots where he served well as Special Teams Coordinator for the previous four seasons and as a Special Teams Assistant for three seasons prior to that position.

Will Daniel Jones Breakout This Season?

Another of the mountain of unknowns on the Giants roster is their quarterback Daniel Jones, who ranked 20th in the NFL with an 87.7 quarterback efficiency rating. The offense ranked 31st in the NFL scoring points on only 28% of their 180 drives in 2019 and this number will have to improve to 33% levels if they are to have an 8-8 season. There needs to be an improvement in the red zone as they ranked 24th scoring a touchdown on 57% of the 42 red zone opportunities in 2019. By comparison, the NFC East Champion Philadelphia Eagles scored on 67% of their 54 red zone scoring opportunities in 2019. So, the Giants need to increase the number of red zone opportunities and scoring success when in the red zone this season.

The offensive goals need for the Giants to take a big step forward this season may be attainable by the end of the season. However, facing the Steeler defensive unit that is returning 10 of the 11 starters is not the game that is going to reflect the improved performances.

The machine learning projections illustrate the weaknesses of the Steeler and Giants offensive units. The model projects that the difference I total yards gained will be within 50 yards of each other. In past Steeler road games, the ‘UNDER’ has earned a solid 50-31-2 record good for 62% winning tickets. The models project that the Steelers, who are 9-1 ‘UNDER’ over the last three seasons, will not score more than 21 points.