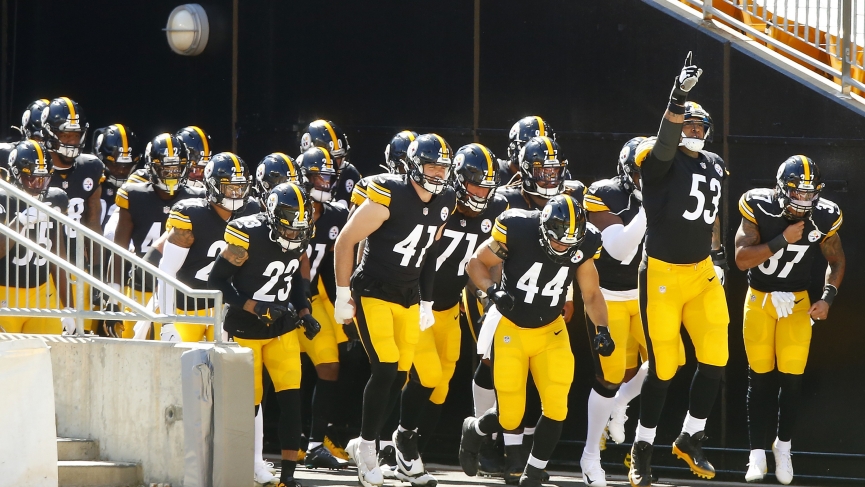 The Philadelphia Eagles, who lead the NFC East Division with one win on the season, travel to square off with the state-rival and AFC North Division-leading Pittsburgh Steelers in NFL Week 5 action. As hard as it to believe, the Eagles are leading in the NFC “Least” standings sporting an ugly 1-2-1 straight-up (SU) and 1-3 against-the-spread (ATS) record. The Steelers are coming off a COVID-19 generated BYE week as their date with the Tennessee Titans was postponed due to a COVID-19 outbreak on the Titans roster.

What Does the Betting Flows Tell Us?

In the betting public’s opinion, the Eagles are undoubtedly the ugly dog in this matchup.  Currently, a total of 1557 bets have been placed at the 20 sportsbooks tracked. 35% of them and 25% of the total money bet have been on the Eagles.

The bets placed on the total have sided with the ‘UNDER’ with both teams’ defensive unit playing solid football. The number of tickets bet on the total is spread evenly between the ‘OVER’ and ‘UNDER’ currently priced at 44-points. However, 68% of the money is on the ‘UNDER’, reflecting the professional bettors’ attraction to a low scoring affair between them.

The Eagles Offense Engine is Missing a Cylinder

Despite coming off a win at San Francisco last Sunday night, the Eagles offense is not playing well. The win over the 49ers is undoubtedly a result of their defensive unit playing far above their expected levels. The third quarter is a scoring quarter for most NFL teams. During half-time, the offensive coordinators have 20 minutes to make adjustments that will exploit the opponent’s defensive unit. However, the Eagles have either not made the correct adjustments, or they have not executed the adjustments coming out of the half. They have scored just 6 points in the third quarter.

The Eagles Have No Vertical Threats

The Eagles announced that three players are ruled out of this game. Wide receivers DeSean Jackson (hamstring) and Alshon Jeffery (foot) and cornerback Avonte Maddox (ankle) will not be on the roster. Rookie sensation Jalen Reagor is out with a severe injury to his thumb and, combined with Jackson and Jeffery, forces the team to call up practice quad receivers.

J.J. Arcega-Whiteside, Travis Fulgham, rookie John Hightower, and Greg Ward are the healthy wide receivers. Rookie speedster Quez Watkins has practiced over the last ten days and may be activated from the Injured Reserve list. Watkins is an excellent fantasy team choice if he is activated and available at an extremely low price.

The Eagles offense is absent of any real vertical threat and is going up against one of the best defensive units in the NFL, that will be getting the return of T.J. Watt, who was the AFC leader in sacks a year ago.

This betting system has earned an outstanding 39-13-1 record, good for 75% winning bets over the last ten seasons. The requirements are to bet the ‘UNDER” with a home team that is lined with a total between 42.5 and 49.5-points that is a solid passing team averaging between 225 and 260 passing yards-per-game and is coming off a game in which their defense allowed eight or more passing yards-per-attempt and now facing a struggling defensive unit that is allowing a minimum of 225 passing yards-per-game on the season.

The machine learning models project that the Eagles will average 5.5 or fewer yards-per-pass and will not gain more than 300 total offensive yards. In past home games in which the Steelers met or exceeded these defensive performance measures, they went on to a highly profitable 85-12 straight-up (SU) record for 88% wins and 71-23-3 against-the-spread (ATS) mark good for 76% winning bets since 2005. The Steelers under the same measures are 9-2 SU for 82% wins and 8-3 ATS for 73% winning bets spanning the last five seasons. Take the Pittsburgh Steelers minus the points and expect them to win comfortably by double-digits.