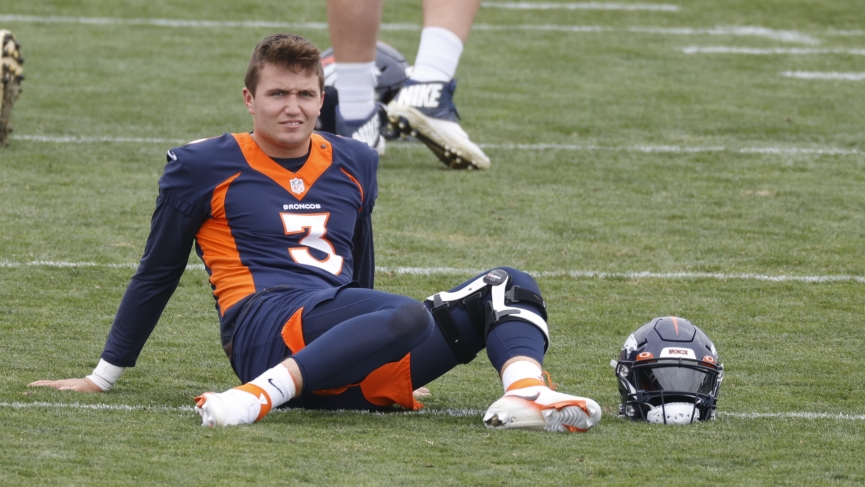 We are breaking down my Denver Broncos vs Pittsburgh Steelers pick. The Steelers got off to a strong start with a 26-16 road win over the NY Giants and covered the spread as 3-point favorites. The combined score of 42 points stayed just under the 44-point total line. Denver took a tough 16-14 home loss to the Tennessee Titans but covered the spread by a single point as 3-point underdogs. The combined score of just 30 points easily stayed ‘UNDER’ the posted total liner of 42 points.

How is Ben Roethlisberger?

The final score did not reflect the slow start that the Steelers had on offense with quarterback Ben Roethlisberger making his first start since being injured in Week 2 last season. The Steeler defense is always good and, in some seasons, can be elite. The defense ignited the offense with an interception early in the second quarter and trailing 10-3 to the Giants. This gave Big Ben and his offense a short field starting on the Giants 38-yard line.

With 1:32 left in the half, the Steelers got the ball and drove down the field in vintage Ben style driving 78 yards to score and take the lead they would never relinquish. Roethlisberger went 21-for-32 gaining 229 passing yards, three touchdowns, with no interceptions earning him a 117.8 quarterback rating. 16 of his 21 completions were to Smith-Schuster with 10 catches and Johnson with 10. So, not too bad for the elder citizen of the Steeler roster.

In case you were wondering Roethlisberger is 14-5 straight-up (SU) and 12-7 against-the-spread (ATS) following a game in which he threw for three touchdowns exact with no interceptions in games played over the last 10 seasons. After a game in which Roethlisberger threw for 3 or more touchdowns and facing a non-conference foe, the Steelers are 9-3 SU and 7-5 ATS for 58% winning bets.

An Awesome NFL Money Line Betting System
This is a money line betting system that has earned a 70-16 SU record for 81.4% wins over the last 10 seasons. The system requirements are to bet on home favorites that are coming off a 10 or more points win and facing an opponent that scored 14 or fewer points in their previous game.

My first half strategy has earned 69% winning bets on a 60-26 ‘UNDER’ record for 70% winners over the last 10 seasons. The requirements to place a bet on the ‘UNDER’ is with any game pitting two conference foes against one another and with one of the teams (Denver) that won 40 to 49% of their games in the previous season. If we just take teams that won between 40 and 49% of their games in the previous season, the UNDER’ has earned an 81-38 record for 68% winning bets over the last 10 seasons.

The Steeler defense held the Giants offense to only 29 rushing yards on 20 attempts. The projections call for the Broncos offense to gain less than 100 rushing yards and score less than 21 points. In past games where the Steeler defense met or exceeded these performance measures they have earned a 206-21 SU mark for 91% wins and 174-45-8 ATS record good for 80% winning bets since 1990 and 39-2 SU for 95% and 33-7 ATS for 83% winning bets since 2015. When installed as a home favorite and meeting or exceeding these performance measures has seen them post a 14-0 SU record and 13-1 ATS record good for 93% winning bets since 2015.  Take the Pittsburgh Steelers as a Best Bet and lay the points.