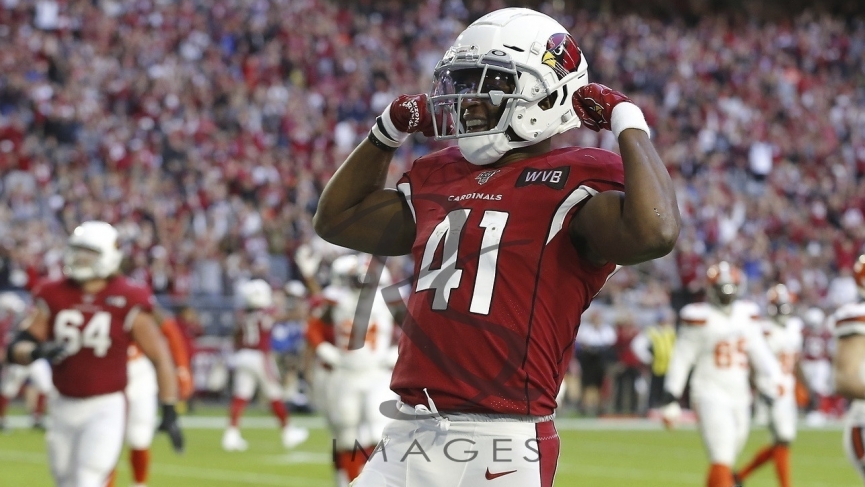 The Arizona Cardinals definitely improved their roster in the offseason. They made a move that is rare and took gumption. They traded a first-round pick quarterback after only one year in the league in order to select a different quarterback. Bookmakers opened up their season win total at 6.5. A trade for DeAndre Hopkins and a strong draft has moved that number to 7 or  7.5, depending on where you shop. Let’s take a look and see if this line move was justified and if the Cardinals can improve on last season’s win total by at least two games.

The Arizona Cardinals went boldly in a different direction in the 2019 offseason. Most teams, like Chicago for example, are loath to admit they made a mistake in picking a first-round quarterback but the Cardinals were not impressed by Josh Rosen and moved quickly to take their franchise in a different direction. They ignored accusations of instability and moved ahead drafting quarterback Kyler Murray with the first overall pick in 2019.

They brought in controversial head coach Kliff Kingsbury who is noted for his offensive acumen but had failed to put together a strong winning program in college. Here at Odds.com we like to write and talk about gambling, and this front office made a big gamble.

Kyler Murray showed flashes of brilliance and the offense looked potent but the Cardinals were unable to put together a winning season finishing at 5-10-1. So while the Cardinals did not put up a winning season, they established the direction of the franchise. This offseason, they made moves to strengthen their core and continue in that direction.

The biggest shock of the offseason was the Houston Texans trading their number one receiver and arguably the top receiver in the game, DeAndre Hopkins to the Cardinals for former All-Pro David Johnson and a second-round draft pick. Hopkins is known for a strong work ethic. He is able to make contested catches in coverage making him very hard for the opposing team to stop. Even in what is considered good, tight coverage, oftentimes Hopkins is able to come away with the reception and first down.

This type of addition will be an immeasurable help to a second-year quarterback still learning the ropes of the NFL. Kyler Murray showed a ton of potential throwing to what most would consider being an average NFL receiving corps last year. The addition of Hopkins pushes this group towards the top.

Head coach Kliff Kingsbury has so many weapons to work with now. To acquire Hopkins for Johnson, who had been made expendable by the emergence of running back Kenyan Drake, was a coup of epic proportions that sent shock waves around the league. Hopkins should make the developing Murray look even better. He will be a crucial key into Murray’s emergence as a star, and it’s definitely worth at least the half-game that it moved the NFL season win total for Arizona.

With Kyler Murray at the helm of the “Air Raid Offense” the Cardinals now know which direction they are moving their franchise. With an up-tempo high scoring style of play, they now needed to shore up the line of scrimmage to stop being beat in the trenches.

They were able to do this with free agency and the draft by acquiring LB Isaiah Simmons. The stud standout linebacker is one of the most versatile players coming out of college in years. Simmons played all over the place in college, playing linebacker, edge rusher, safety, and sometimes even slot corner.

This versatility will be key in the new passing oriented NFL where linebackers are often forced into coverage and quarterbacks are keying on that as a prime mismatch. Having a linebacker such as Simmons who is fast, athletic, and able to stop the run while providing top-level coverage will make the defense of the Cardinals so much tougher to attack. If Simmons is able to play up to his potential this could be a key piece in the Cardinals ascension in the NFC West.

The Cardinals score big at the Draft. 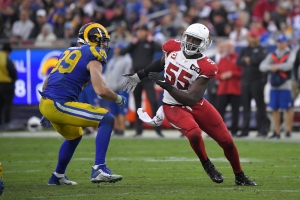 The Cardinals addressed the line of scrimmage issues with the rest of their draft. They drafted offensive lineman Josh Jones with the 72nd pick in the third round. In the fourth round they added two defensive tackles, Leki Fotu and Rashad Lawrence. Although the draft can be a crapshoot and obviously we cannot expect an impact from all of these players, it was encouraging to see the Cardinals addressing their issues at the line of scrimmage, now that their skill players are in place.

Depth on the defensive line is crucial in the NFL. The regular-season is oftentimes a war of attrition as much as it is strategy and coaching. With more strong, young defensive linemen to put in a rotation, the Cardinals will have a better chance of stacking up against their hard-hitting, run based opponents in the NFC West, who all have fairly formidable offensive lines. The Cardinals have now set the foundation of their team and they are building around it.

The Cardinals continued to shore up their defense with solid under-the-radar free agency additions. Defensive lineman Jordan Phillips will be a nice addition to the defensive line and hopefully can grab some more attention allowing star rusher Chandler Jones to flourish.

By adding linebackers Devon Kennard and De’vondre Campbell the Cardinals made an attempt to shore up the weaknesses of their front seven. The defense was a major weakness for Arizona last year and while they still have some question marks in the secondary, the inside-out approach to retooling the defense will most likely pay dividends.

The Cardinals play in the run-oriented NFC West where the San Francisco 49ers and Seattle Seahawks love to pound the football. By addressing the front seven the Cardinals hope to be able to slow these teams down and put themselves in a position where their high-powered offense can outscore their tough-minded foes.

The additions of Phillips and Kennard should be particularly helpful in this regard. If the Cardinals can get their defense to at least average by NFL standards, their high-powered offense has a great chance of being in a position to win a lot of football games.

How many wins can the Cardinals get this season?

The Cardinals were aggressive in attacking deficiencies during the off-season. They acquired one of the top players in the league to help their developing young quarterback. They shored up their defense immensely. They have the advantage of playing a fourth-place schedule and are matched against the floundering NFC East.

Even with the line moving upwards, there is still value on the over. This is a solid young team poised to make a leap. This roster is definitely capable of winning eight games or even more. There is value on over 7 wins for the Arizona Cardinals

Suggested Bet: Arizona Cardinals over 7 wins (-128) at your favorite sportsbook