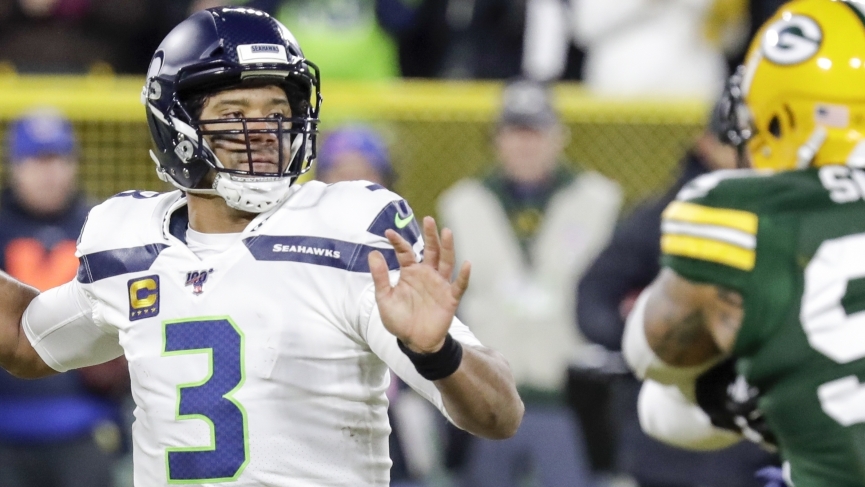 Ever since the Seattle Seahawks drafted Russell Wilson, they’ve been winners on the court and in NFL betting markets. Since the 2012 draft, the Seahawks have made the playoffs in seven-of-eight seasons. The winning culture that surrounds Wilson and coach Pete Carroll is real and they have a Super Bowl victory to show for it.

If they had just run the ball! Yes, I hear the murmurs and groans that represent a Super Bowl loss by a lone yard. There could have been two, but beast mode Marshawn Lynch didn’t get the touch. More recently, the team defeated the Philadelphia Eagles in the first round of the 2019 playoffs, but then faltered to the Green Bay Packers in Wisconsin in a close battle. Can the Seahawks pole vault themselves back into the Super Bowl picture for 2020?

The team underwent a bit of a facelift in the offseason, as they had a solid draft. They spent their first-round pick on a linebacker (Jordyn Brooks) to compliment Bobby Wagner. Brooks will start immediately. Next, they spent a second-round pick on defensive end Darrell Taylor to replace the more expensive Jadeveon Clowney. Taylor may split  time, but he could be developed quickly.

You may think that the Seahawks didn’t address their offensive weapons (besides a fourth-round selection in DeeJay Dallas), but they’re just fine! They signed veteran tight end Greg Olsen and will welcome back tight end Will Dissly from a torn Achilles. Dissly is just 23 and broke out as Wilson’s go-to target in the red zone before the injury. He snagged four touchdowns in just six games. Expect the Seahawks to continue using two tight end sets. 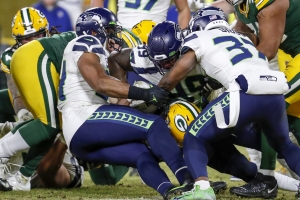 They’ll keep rolling out Chris Carson, Tyler Lockett, and D.K. Metcalf. In fact, Wilson and Metcalf’s chemistry should continue to grow and we could see a breakout from the big wideout. Metcalf tallied 100 targets, 900 yards, and seven scores as a rookie in 2019. Their passing game will continue to blossom and improve from 14th-best in the NFL last season.

The Seahawks rushed for the fourth-most yards in the league. The offensive line wasn’t spectacular, but they got the job done. As it turns out, the team has a few new starters on the offensive line. This will be something to watch and keep tabs on moving forward, as the Seahawks need to keep Wilson on his feet and give the run game a fighting chance.

With an offensive DVOA (Defense-adjusted Value Over Average) that ranked fifth-best in the NFL last season, Seattle was more dynamic offensively than most gave them credit for. There’s plenty of reason to suspect that this team will be back in the postseason in 2020; however, winning the NFC West will prove to be incredibly difficult with the San Francisco 49ers emerging. Better save the bets for playoffs in general and not the division. The 49ers would need a lot to go wrong to blow it.

Despite a lackluster defense, the Seahawks made it work. Well, they made it work well enough to win a single playoff game. This explains why their top-two selections in the draft were defensive players. They’ll need to improve off of the 24.9 points they allowed per game in 2019 to have any chance of sniffing a Super Bowl. They allowed the 27th-most yards through the air per game and the 22nd-most yards on the ground.

Things aren’t so easy with the 49ers, Los Angeles Rams, and Arizona Cardinals in their division. These powerful rushing teams explain why Seattle struggled to slow them down. The secondary was also very young last year, so there’s no reason to expect that they won’t get better under Carroll. Still, these numbers are a bit staggering and show why the Seahawks couldn’t get beyond the Divisional round in the postseason.

With one of the best home field advantages in football, the Seahawks will likely be relegated to the visitors role in the playoffs with the way the NFC is shaping out. Can they post a better record than the 49ers, Packers, New Orleans Saints, or Tampa Bay Buccaneers? That’s a lot to ask with the current state of those squads. This also represents a more difficult road to the Super Bowl.

Sportsbooks are ranking Seattle anywhere from eighth to 10th as far as the best chances to win a Super Bowl. They’re ranking ahead of the team that knocked them out last season (Packers), which must be due to Green Bay’s strange draft. Seattle is ranked around where they should be, but thinking they’ll get through the talented NFC field is just insane. Even the Dallas Cowboys and Philadelphia Eagles pose threats.

With Wilson running the show, there’s always a chance for something heroic, but the organization simply needs more to get the job done in 2020. Wilson’s DYAR (Defense-adjusted Yards Above Replacement) ranked fourth-best last season and his quarterback rating was fifth-best, despite having little to work with offensively. Things can only get better from here out for the future Hall Of Fame signal caller.

One thing is for certain, the division is San Francisco’s. Don’t waste a bet on a piddly payout after the 49ers won 13 games in 2019. They’re still loaded. Spending a bet on the Seahawks to make the playoffs won’t hurt! As mentioned above, they’ve made the playoffs all but once with Wilson under center. They’re primed for another appearance. Stay safe and go with what history has proven if you must lay a bet down on the Seattle Seahawks.