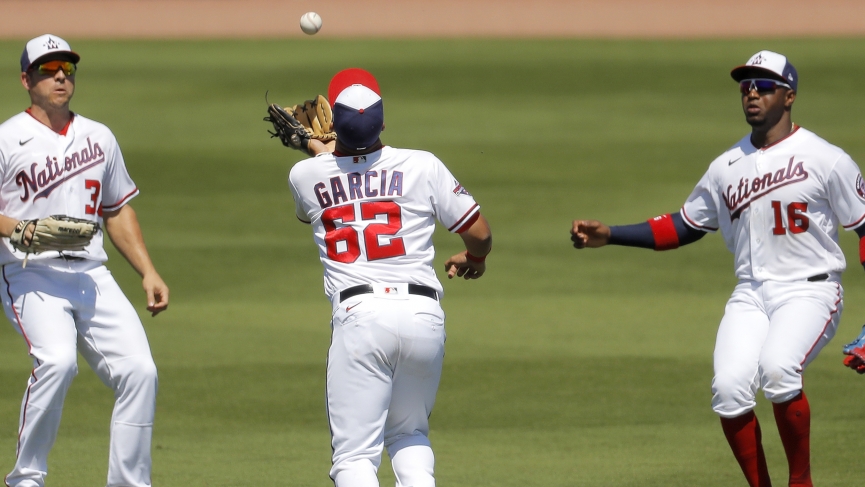 Now that we have an idea of what’s on top of the NL, here’s a look at the odds of all 15 National League teams, from worst to best, to win the 2020 World Series.

The Marlins had an NL-worst 57 wins last season, and these odds say they won’t be much better in 2020. They’re in the same division as the defending World Series champions along with three other teams that will likely all be vying for a playoff spot. I’d rather bet on the Marlins finishing with the league’s worst record than a World Series title.

The Pirates seem to always be building for the future, and 2020 will be no different. They haven’t made the playoffs since 2015 and are likely to end up on the outside looking in again in 2020.

The Giants have won three World Series titles since 2010, but haven’t sniffed the playoff since 2014. They lost their best pitcher in free agency (Madison Bumgarner) to another team in their division, which points to a negative regression from the team’s 77 wins in 2019. That won’t be enough to win another World Series in 2020.

The Rockies are in a tough spot. After back-to-back playoff appearances in 2017 and 2018, the Rox finished 20 games under .500 in 2019. With rumors of their best player, Nolan Arenado, being unhappy despite signing an eight-year, $260 million contract last February, the Rockies are more likely to trade the star than win the 2020 World Series.

The Padres have 50-to-1 odds for a reason. Following a second straight last-place finish in the NL West, they made some wholesale changes to their roster including the addition of Tommy Pham, Jurickson Profar, and Zach Davies. While the Pads shored up a few holes, and two teams with longer odds reside in their own division, we will likely see improvement from last year’s 70-win season – just not enough to bet on them to win a World Series. 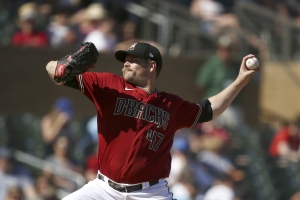 The D-backs have the longest odds of any team that I’d consider placing a bet on. After winning 85 games last season, they added a true ace in Madison Bumgarner and Gold Glove outfielders in Starling Marte and Kole Calhoun this offseason. With the pieces to make the playoffs and arguably the best postseason pitcher of this era now in tow, if the Diamondbacks are around come playoff time, they’re a team others will want to avoid. All of that makes them well worth a longshot wager at almost 50-to-1 odds.

After losing to the eventual World Series champion in the NL Wild Card game, the Brewers made some quality moves during the offseason. They added four position players that we’ve seen in recent postseasons – Avisail Garcia, Logan Morrison, Jedd Gyorko, and Brock Holt – and subbed in Brett Anderson and Eric Lauer for Zach Davies and Chase Anderson in their starting rotation. However, there are three other teams in their own division that I’d rather have money on to potentially win the World Series.

One of those teams is the Cincinnati Reds. They added three key players, taking them away from other teams within the NL Central, signing Mike Moustakas, Nicholas Castellanos, and Pedro Strop. They quietly added Trevor Bauer midway through last season, giving the Reds a viable top three in their rotation (Luis Castillo and Sonny Gray), and already boast Joey Votto, Eugenio Suarez and future-star Nick Senzel in the meat of their lineup. If I don’t bet on the Reds to win the 2020 World Series at 30-to-1 odds, I’ll at least put something on them to make the playoffs — albeit with lesser odds/payout.

The Cubs won 84 games and missed the playoffs last season. That’s a far cry from the 90-plus wins and the two NL Central division titles (including a 2016 World Series title) over the previous three seasons. They replaced Joe Maddon with former catcher David Ross as the team’s manager and the core of the World Series title is still in place. Any lineup with Kris Bryant, Anthony Rizzo, Javier Baez, Kyle Schwarber, and Willson Contreras has a shot at winning and 28-to-1 odds makes them a live longshot.

Bryce Harper left the Washington Nationals last offseason with hopes of winning a World Series in Philadelphia. Instead, the Nats took home the 2019 World Series title as the Phillies completed an up-and-down season, finishing 81-81. So the Phillies went out and got a World Series-winning manager (Joe Girardi) and added shortstop Didi Gregorius and starter Zack Wheeler, among others. With the expected return of former NL MVP Andrew McCutchen, the Phillies will be in the mix come the 2020 postseason.

The Cardinals at 23-to-1 are truly an interesting proposition. And the main reason why is the rumors that they might somehow trade for Nolan Arenado. They’re always in the conversation as a contender and adding one of the best players in baseball would easily put them in a different echelon. Go grab the Cardinals now as their odds will only get shorter once the 2020 season finally begins.

The Mets did some really good things this offseason. They shored up their bullpen (arguably the team’s biggest hole in 2019) and added Rick Porcello and Michael Wacha to their rotation. Sadly, the team lost Noah Syndergaard to Tommy John’s surgery amid the COVID-19 pandemic league-wide shutdown. And even though Yoenis Cespedes is expected back, losing an ace like Thor might be too much for the Mets to overcome in order to make a run at the World Series.

It’s very difficult to win back-to-back World Series titles. The last time that happened was the 1998-1999-2000 New York Yankees. These Nationals are not those Yankees. The Nats lost World Series MVP Anthony Rendon in free agency and without him the team’s 2020 outlook is a bit different. Sure, 18-to-1 odds are nice when you have Max Scherzer, Stephen Strasburg and Patrick Corbin atop your rotation, and they clearly caught lightning in a bottle last season, but let’s look elsewhere if we’re putting money on an NL team to win the 2020 World Series.

If any team from the NL East was “expected” to win the World Series last season, it was the Atlanta Braves. They won the division for the second straight season and were favored to beat the Cardinals in the NLDS. After losing in winner-take-all Game 5, the Braves went out and brought in reinforcements. They signed closer Will Smith to sure up the back of their bullpen, gave Cole Hamels a one-year deal worth $18 million to provide that veteran leadership the team needed in its rotation and signed Marcell Ozuna to replace Josh Donaldson (who signed with the Twins) in the team’s cleanup spot. I love them at 14-to-1 odds, as it’s likely the Braves or the next team on this list representing the NL in the World Series.

There is a very clear favorite in the National League when it comes to who is most likely to win the World Series. That’s none other than the team that has lost in the World Series in two of the past three seasons. They added perennial MVP candidate Mookie Betts and former Cy Young winner David Price via trade this offseason and look primed to finally break through. At +380 odds, this could be the best you get as the Dodgers could hit the ground running once the 2020 season finally kicks off.