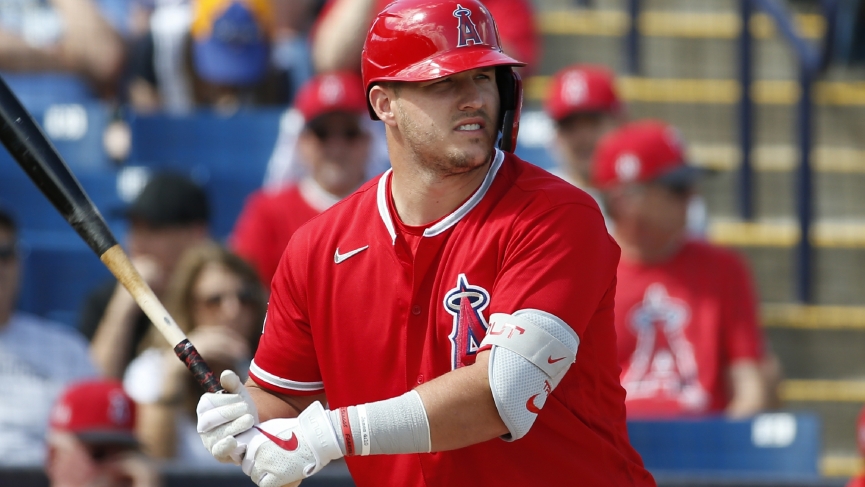 While Mike Trout tops the MLB picks wagering options for AL MVP as the one clear-cut favorite, the race for top honors in the National League is far more congested. Trout is riding a +135 line to win his fourth such trophy, his closest competition in the American League priced +1200. Over in the NL, however, five players are packed from +600 to +900.

Christian Yelich of the Milwaukee Brewers and the Atlanta Braves’ Ronald Acuña Jr. share the chalk tag at FanDuel as 6/1 picks. Yelich would be looking for his second NL MVP after winning it in 2018, Acuña in search of his first, and strong cases can be made for each.

Both Yelich and Acuña are playing for contenders, so that helps. It could even decide things in the end if only one of the teams they play for wins a division crown. Milwaukee is a +350 choice in what is expected to be a 4-team race in the NL Central, while Atlanta tops an equally competitive NL East race at +200 on MLB futures boards.

Willie Bee's Pick for The Next AL MVP Award

Acuña finished fifth in the 2019 NL MVP voting after being the runaway winner for the 2018 Rookie of the Year trophy. The 22-year-old led the NL in runs and stolen bases last season, all while banging 41 homers and finishing three steals short of becoming just the fifth member of baseball’s 40-40 club. My pick between the two favorites is Acuña.

Shadowing Yelich and Acuña in the betting are three more players expected to be a big producers for division contenders. Los Angeles teammates Mookie Betts and Cody Bellinger are fetching +700 and +800 returns, respectively, with the Dodgers prohibitive chalk to win the NL West title on a -500 price at FanDuel. Could it be a case where playing on the same team might split votes between them?

Betts won the 2018 AL MVP with the Red Sox and would be looking to join the legendary Frank Robinson as the only players to earn top honors in both leagues. Don’t discount that sentimentality among the voters this time. Bellinger is looking to join only a handful of players to win consecutive NL MVP’s, Albert Pujols the most recent in 2008-09. The Dodger star also had an incredible stretch to begin 2019, batting over .400 with 14 homers in LA’s first 39 games. A repeat of that would lock it up for Bellinger.

Fifth on the chart at FanDuel is Washington Nationals outfielder Juan Soto. He’ll turn 22 in late-October, and it was Soto’s emergence in 2018 as NL ROY runner-up to Acuña that convinced the Nationals they could let Bryce Harper walk. Soto won’t have Anthony Rendon providing any protection in the Washington lineup this year, and I’d play Bellinger among this second-tier trio.

Trailing the top quintet on the MLB betting card is Harper, who is coming off a disappointing first season in Philadelphia after inking a huge contract. Well, disappointing is a relative term since Harper did pop 35 bombs and drive in 114. He’s good for a 13/1 return, a decent enough price considering he’s still young (28 in October) and very capable of an explosive short stretch to catch the voters’ eyes. When he won the 2015 NL MVP, Harper went 38-for-89 (.426) with 14 HR and 3 RBI from May 6-June 5 that season. 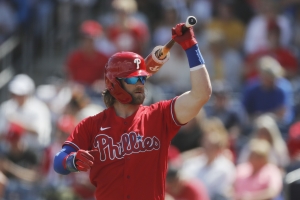 If we work our way back from the initial half-dozen to the +2500 range, there are three players who really pique my interest. One is a true dark horse for the public to think about, and you can probably win some bar bets asking who finished fourth behind Bellinger, Yelich and Rendon in NL MVP voting last year? The answer is Arizona’s Ketel Marte, and a lot of people slept on his .329/32 HR All-Star season. The Diamondbacks are considered LA’s closest – though a rather distant second – competition in the NL West this year, and Marte is definitely someone to consider.

Javier Baez of the Chicago Cubs has established himself as a superstar, but like Harper, is coming off a disappointing 2019 showing. The disappointment here is Baez wasn’t able to build on a big 2018 when he was runner-up to Yelich for NL MVP. He brings deft defense to the party and could be the straw that stirs the Cubs’ drink in 2020.

Last but not least, Pete Alonso. The near-unanimous pick as NL Rookie of the Year in 2019 when he led the majors with 53 bombs, there is that old sophomore slump to think about. I don’t see it, though, after Alonso showed an ability to adjust to pitchers during his rookie season as they were adjusting to him. The former 2nd-round pick out of UF in Gainesville flexed his muscles to swat 11 HR in September after hitting 30 going into the all-star break. Alonso is my top dark horse pick on that juicy +2500 price.