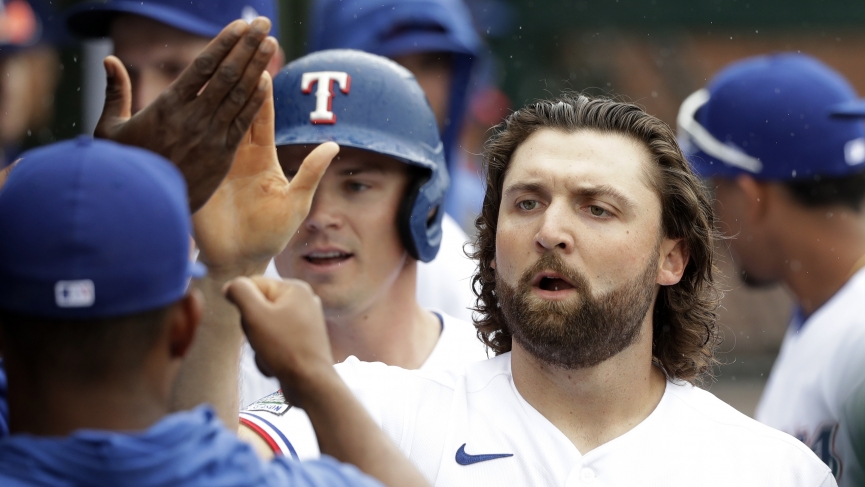 The 2020 Major League Baseball season was originally scheduled to kick off all the way back on March 26. Now more than a month later, the sports world remains on hold as we turn the calendar to May. With no concrete plan yet in place for MLB, all it gives sports bettors is a bit of extra time to decide which MLB picks they might want to wager on to win the 2020 World Series.

The Houston Astros took home the American League pennant last season, topping the New York Yankees, 4-2, before ultimately losing in Game 7 of the 2019 World Series to the Washington Nationals. And it’s no wonder that two of the three teams with the best odds to win the 2020 World Series are the same ones that met in the ALCS last year — the aforementioned Astros and Yankees.

Now that we’ve given you a peek into what’s on top, here’s a look at the odds to win the 2020 World Series for all 15 American League teams, from worst to best.

Last season’s last-place finishers seemingly haven’t done enough this offseason to improve their odds to win the 2020 World Series. The Detroit Tigers, Baltimore Orioles, and Seattle Mariners all share +50000 odds with another 100-loss team from the 2019 season, the Kansas City Royals. All four teams remain in rebuilding mode and likely aren’t worth any World Series wager. 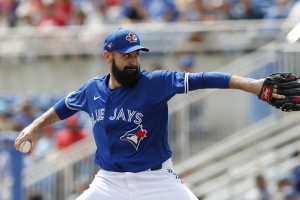 The Toronto Blue Jays are clearly a team on the rise, with a great young core compiled of the sons of former MLB All-Stars (Vladimir Guerrero Jr., Bo Bichette, and Cavan Biggio). They also went out and got themselves an ace in Hyun-Jin Ryu, but that’s likely only going to lead to a third-place finish in the AL East — not a World Series title in 2020.

The Texas Rangers at 85-to-1 is a World Series bet to consider. They finished just three games under .500 last season and made some necessary upgrades to their pitching staff, adding two-time Cy Young award winner Corey Kluber and former Minnesota Twins starter Kyle Gibson to an already serviceable Mike Minor and Lance Lynn. If things fall right for the Rangers, they’re a high-risk, high-reward option that could qualify for a Wild Card berth. That’s enough to allow for one or more hedges come playoff time.

It’s almost strange to see the Boston Red Sox this close to the bottom of the World Series odds, but they’re in a full rebuild after trading Mookie Betts and David Price to the LA Dodgers. Not to mention, ace Chris Sale opted for Tommy John surgery amid the league-wide shut down due to the COVID-19 pandemic. Don’t waste your money on the BoSox in 2020.

The splashiest team of the offseason, the Angels added World Series MVP Anthony Rendon to a lineup that already includes the best player in baseball in Mike Trout. Along with the return of a healthy Shohei Ohtani and Justin Upton, the Halos have an offense good enough to make a run. It will 100 percent come down to the team’s pitching if they can do anything with these long odds.

The White Sox keep moving in the right direction but remain a season or two away from being true World Series contenders. At 33-to-1, the odds are reflective of that. The additions of Yasmani Grandal, Edwin Encarnacion, and Nomar Mazara give the White Sox a scary lineup, but we all know that pitching wins World Series titles. Proceed with caution. 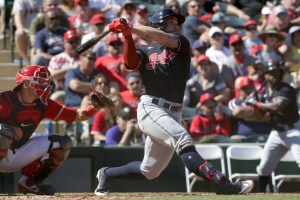 The Cleveland Indians traded their best pitcher, Corey Kluber, this offseason, and rumors continue to swirl that their best position player, Francisco Lindor, will be next. Fading the Indians is likely the best play here as their front office looks to be pushing toward an all-out rebuild rather than another World Series run.

The Oakland Athletics and their Moneyball ways continue to defy the odds. Coming off back-to-back 97-win seasons, we have to expect the A’s to be in contention again. At 25-to-1, they look like a live longshot. Just remember, the A’s haven’t qualified for the World Series since 1990 – 30 long years ago.

The Tampa Bay Rays always seen to be in the conversation. With 90-plus wins in each of the last two seasons, the Rays should again compete with the Yankees for the AL East crown. At close to 20-to-1 odds, they’re worth a flier with a real shot to make the World Series out the AL this coming season.

The Minnesota Twins seemingly have the goods to beat every AL team — except for the Yankees. The Bronx Bombers continue to have the Twins’ number, knocking them out of the MLB playoffs in the ALDS again last season. So the Twins went out and added Josh Donaldson to the middle of a lineup that set the record for the most home runs by a team in a single season. They also brought in reinforcements to their pitching staff in Rich Hill, Homer Bailey, Kenta Maeda, Sergio Romo, and Tyler Clippard — all veterans that could make the Twins legit World Series contenders. At 16-to-1 odds, they’re got all the pieces to make a World Series run; the only problem remains the two AL teams with better odds to win it all — the Astros and Yankees.

The Houston Astros made the wrong type of headlines this offseason as Major League Baseball handed down suspensions in connection to the team’s sign stealing scandal during its 2017 World Series season. They also lost ace Gerrit Cole to the Yankees in free agency. Despite that, the Astros return much of the remainder of their roster that won 107 games last season and clearly still have the talent to compete for another title in 2020.

The Yankees have the best odds in the AL to win the World Series at +380 and don’t expect to get much better odds throughout the season. The Yankees should remain the favorite in the American League (as long injuries don’t catch up to them) and are actually getting healthier due to the delay in the start of the season. After a slew of injuries to some of their best players (Judge, Stanton, Paxton) during Spring Training, the Yankees should have all hands on deck, if and when the 2020 MLB season finally begins.