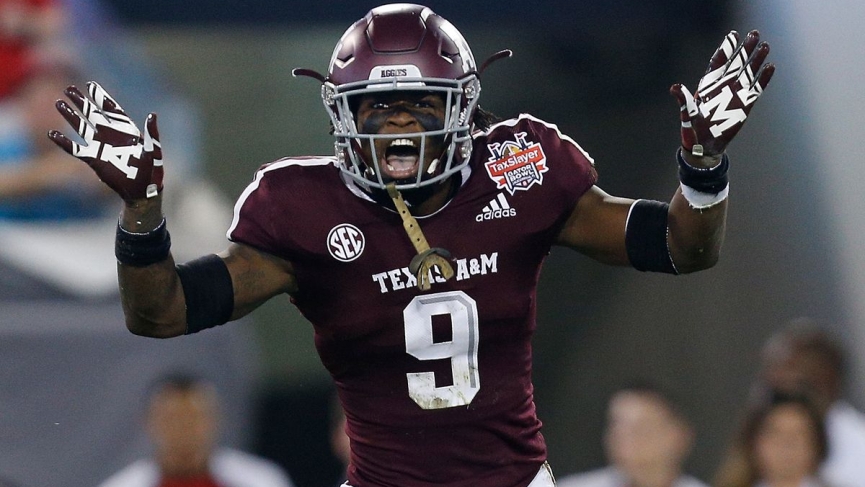 Odds.com’s Texas A&M vs Alabama Pick for Week 5 of College Football: The past five times that Nick Saban and the Crimson Tide have failed to provide an ATS cover, they have bounced back to do in their next game. However, the Tide are 1-7 ATS in their last eight home games against teams with a winning record. Texas A&M heads to Tuscaloosa on Saturday.

There are few matchups that are more enjoyable to watch then when two ranked teams out of the SEC Conference lock horns. This is one of them when No 13 Texas A&M Aggies travel to Tuscaloosa to face the No 2 Alabama Crimson Tide, who are favored by 17 points. Both teams are 1-0 overall and 1-0 in the SEC.

The Tide got off to fast 28-3 start hosting the Missouri Tigers and coasted to the 38-19 win but failed to cover as 27.5-point favorites. The Aggies got off to unorthodox 7-5 half-time before getting control of the game in the second stanza against a determined Vanderbilt Commodores team to win 17-12 but failed to cover the spread as 25.5-point favorites.

What Does the Betting Line Suggest?

Two weeks ago, prior to the start of the SEC Conference schedule, I had the Tide favored by 13.5-points in this matchup. The public noticed that the Aggies had to fight hard to come away with the win over the Commodores and of course, who do not like betting on the Tide when they are favored at home by less than 20-points.

It is not surprising in the least that 80% of the betting tickets placed at the 20 sportsbooks I track are on the Tide, but 56% of the money is coming in the Aggies. This conflicting trend in the betting flows and the fact that the line has not moved reflects that the professional and larger sized bettors are backing the Aggies. For one of the few seasons that Alabama head coach Nick Sabon has been in Tuscaloosa, he has more than half of the starters from last season returning for this one. He has seven returning on offense and 5 on defense for 12 of the 22 starters. He will miss his former QB Tua Tagovailoa, who now is on the Miami Dolphins roster. Sabon has three gifted arms to fall back on this season. Bryce Young was slated to be the starter this season but lost out to junior QB Mac Jones, who completed 18 of 24 pass attempts for 75% completions, 249 passing yards, two touchdowns, and zero interceptions.

Aggies head coach Jimbo Fisher has the luxury of having 8 returning starters on offense and 9 on defense for a total of 17 of the 22 starters from last season. Included is his third year starting and Senior QB Kellen Mond, who completed 17 of 28 passes for 61% completions, 189 passing yards, one touchdown, and zero interceptions in the Aggie win over the Commodores. So, Mond has played two games against the Tide and this will be his second trip to Tuscaloosa and that experience will be extremely beneficial to the rest of the team.

Here is a College football betting system that has earned a 75%-win percentage on a 39-13 against-the-spread (ATS) record over the last 10 seasons. The betting system requires us to bet on road teams that scored and allowed 17 or fewer points in their last game and are now facing a host, who led by 17 or more points at the half in their last game. Over the last three seasons, this system has been a near-imperfect 10-1 ATS for 92% winning bets.

Texas AM vs Alabama Pick:

For a matchup of SEC teams, a posted total of 52-points is low scoring and does reflect the strength of both defenses in this matchup. So, the betting lines indicate a final score of 34-17 based on the Tide favored by 17 points and the posted total of 52-points. The projections call for the Aggies to hold the Tide to 28 or fewer points and not have more turnovers than the Tide.

In past games in which the Aggies met or exceeded these performance measures in SEC matchups, they have earned an outstanding 24-3 SU record and a 22-3 ATS mark for 88% winning bets since 2006. When they achieved these performance measures in road SEC games, they are 12- SU and ATS covering the spread by an average of 12 points.
The Tide is 4-3 SU and an imperfect 0-7 ATS in home conference games when they have not scored more than 28 points and lost the turnover battle. Take the Texas A&M Aggies as an Upset Alert Best Bet.