Vanderbilt vs Texas AM Pick – Week 4 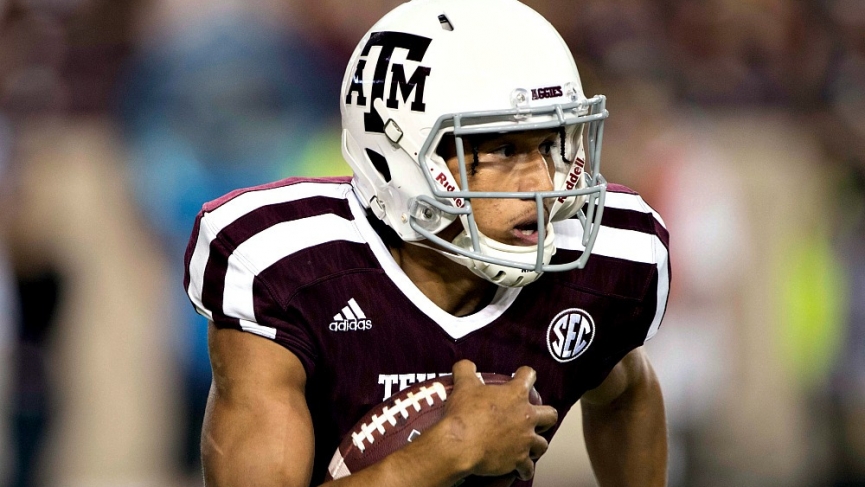 Odds.com’s Vanderbilt vs Texas AM Pick – Week 4 of College Football: The SEC is finally taking the gridiron as September comes to a close, and a key clash takes place in Texas where the Aggies are huge favorites against the Vanderbilt Commodores.

This is supposed to be the season Jimbo Fisher shows why Texas A&M gave him the big bucks to run the Aggies football program. Now entering the third season of a 10-year, $75 million contract, Fisher has recruited and built the team he wants, and that team projects to be a true contender with Texas A&M ranked 10th in the country in advance of its season opener against the Vanderbilt Commodores.

As many as 25,000 fans are expected to be at Kyle Field for the 7:30 p.m. (ET) kickoff in College Station where the SEC Network provides television coverage. Whatever the final attendance is, those fans aren’t expected to see much of a game. FanDuel has the Aggies on a huge 30½-point spread, that number holding pretty steady since it was first offered. The bulk of that spread is supposed to be on the Texas A&M side of the scoreboard with the total at 46½.

‘Dores Have New Faces On Offense

Now in his sixth season in Nashville, head coach Derek Mason is really up against it with this Commodores team picked dead last in the SEC. Vanderbilt won just once on the conference fixture a year ago, an upset at home over Missouri and the only other two wins came against Northern Illinois of the MAC and East Tennessee State of the FCS.

The offense was the biggest problem in 2019, and it’s not like the Commodores are returning much experience at the skill positions to try and improve upon. Mason has a new offensive coordinator in Todd Fitch, formerly of Louisiana Tech, but there’s just not much to work with. We could see a pair of true freshmen under center in this game, Mike Wright and Ken Seals; whoever it is, there are new faces at receiver and in the backfield, everyone working behind an O-Line that allowed 28 sacks and blocked well enough for the Commodores to only rank 113th in rushing.

Mason also brought in a new coordinator on the defensive side, Ted Roof, and there’s nowhere to go but up after the Commodores ranked near the bottom in yards allowed last season. The good news here is at least they have some experience to build on with end Dayo Odeyingbo and linebacker Dimitri Moore part of what could be a solid front 7. Andre Mintze could end up being a sleeper as a pass-rush specialist, but the defensive backfield took a hit earlier this month when safety Tae Daley entered the transfer portal.

Can Mond Put Together Consistent Season?

There was a lot of hullabaloo surrounding Texas A&M a year ago, but a tough schedule proved too much and the Aggies never could register a signature win. One problem was an offense that really struggled against the likes of Clemson, Alabama, and Georgia. Texas A&M returns an experienced line, and now it should be Kellen Mond’s time to show he can consistently lead the Aggies up and down the field against even the best on the always difficult SEC schedule.

Other than tight end Jalen Wydermyer, Mond will have a lot of new faces to look for downfield in the receiver corps. One to keep an eye on is true freshman Demond Demas. Isaiah Spiller is back after leading the team in rushing last year. It’s an untested and unproven bunch of running backs behind Spiller.

The defense is a big reason the Aggies are in the top 10 on the NCAA football futures to win their first pigskin championship since 1939. Texas A&M will return 15 of its top 22 tacklers from a year ago, led by linebacker Buddy Johnson. There’s a ton of experience up front as well with ends Tyree Johnson and Micheal Clemons back for their senior seasons.

Saturday marks just the third meeting between the schools, and first in five seasons. Both of the previous matchups have taken place since A&M joined the Southeastern Conference, the first of those at Kyle Field in 2013 when the Aggies posted a 56-24 decision. That was plenty for the Aggies to cover the 17½-point spread, the final going ‘over’ the NCAA football odds with 10 points to spare.

The most recent contest took place at Vanderbilt in 2015, and it was once again a lopsided result as Texas A&M left Music City with a 25-0 whitewashing of the Commodores. That one closed with the Aggies modest 4½-point favorites, and the final fell nearly 20 points short of the scoreboard target.

Vanderbilt vs Texas AM Pick:

While the thermometer is only supposed to climb into the mid-80s in College Station on Saturday, the humidity it going to make this one a bit like playing in a sauna. Both teams are going to have to rotate players in and out, so we’ll see the depth for both Vanderbilt and Texas A&M tested.

One thing the Aggies haven’t done well since joining the SEC is cover at home. With a trip to Alabama next week and then hosting Florida a week later, I don’t see Fisher running this one up as he looks at some of his backups. I’ll take the Commodores and the points with my college football pick as the Aggies post a 35-10 triumph.