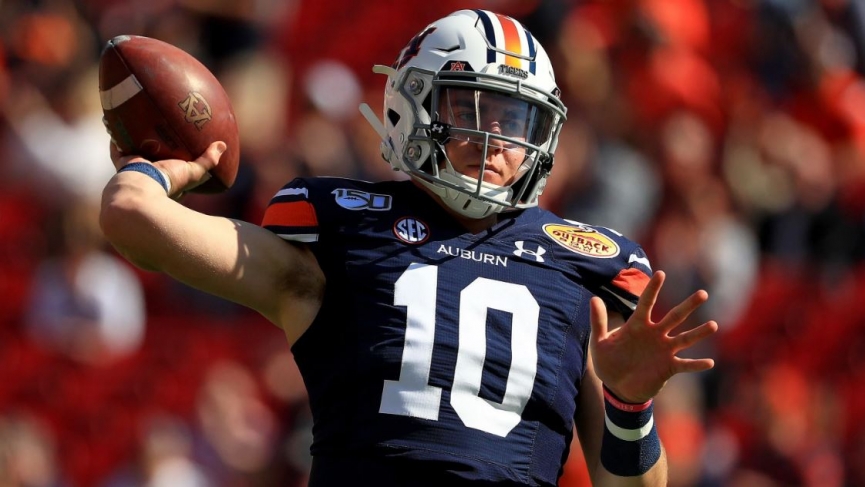 Odds.com’s Auburn vs South Carolina Pick – College Football Week 7: The #15 Auburn Tigers will travel to Williams-Brice Stadium to take on the South Carolina Gamecocks marking the 13th meeting between the schools, the ninth since the Gamecocks joined the Southeastern Conference (SEC) and the first meeting since 2014.

The Tigers were 14-point home favorites against the Arkansas Razorbacks last week and had to claw their way back from a 1-point deficit late in the fourth quarter. The Tigers won the game on a short field goal made possible by a controversial call. The play before the field goal saw Tigers quarter Bo Nix attempt to ground the ball and stop the clock. However, in his effort to ground the ball, it appeared he grounded the ball in a backward direction, which is then a fumble by rule. The play got reviewed but not reversed.

The game was much closer than expected due to a growing number of significant injuries to key starting players on both sides of the ball. Nix was the only starter among the four captains to play in the game. Running back Shaun Shivers and defensive tackle Big Kat Bryant may be back in the lineup this week. However, the Tigers linebacker and defensive leader K.J. Britt remains on the injury list and not available to play in this game.

The good news is that the Tigers are deep in talent at all of these positions. Junior linebacker Zakoby McClain played a monster game, recording a team-high 13 tackles. True freshman Tank Bigsby was thrown into the fire and responded well, gaining 146 rushing yards last week. He will be playing an essential role in this game and for the remainder of the season. He is a physical downhill runner that is difficult to stop in the open field and will compliment Rivers.

The Tigers defense vs Gamecocks Offense

The Gamecocks offense ranks 7th in the SEC, gaining 8.7 yards-per-play (YPPL), and 10th, gaining 232.7 passing-yards-per-game (PYPG). They have a solid ground attack ranking 6th gaining 165 rushing-yards-per-game (RYPG). The biggest weakness is stopping the run for the Tigers defense. The return of Big Kat Bryant to the defensive line will make the Tigers run defense much better.

Gamecock quarterback Colin Hill has produced mediocre results in his first three starts completing 62.7% of his 110 pass attempts, throwing for 698 yards, three touchdowns, and one interception. He ranks 11th in the SEC with a 123.2 passing efficiency rating and will struggle against the Tigers defense.

Bet Against a Team Off a Strong Offensive Game

There are three requirements for this system. The first is to bet on any team averaging 280 to 330 offensive YPG on the season. The second and third is the opponent gaining 390 to 440 YPG on the season and coming off a game gaining 7.25 or more yards-per-play. That is all there is to track this highly profitable betting system.

The Tigers are -3 points via BetMGM and are likely the best bet to make in this matchup. The machine learning models project that the Tigers will rush the ball for a minimum of 150 yards and score 28 points. In past games in which the Tigers met or exceeded this pair of performance measures has led them to a 74-5 SU mark for 94% wins and 53-23-3 ATS record and 70% winning bets that covered the number by an average of 7 points.

Taking the previous pair of performance measures and adding games in which the Tigers were a road favorite improves the results to a perfect 12-0 SU winning these games by an average of 21 points and 10-1-1 ATS for 91% winning bets that covered the number by an average of 11.4 points.