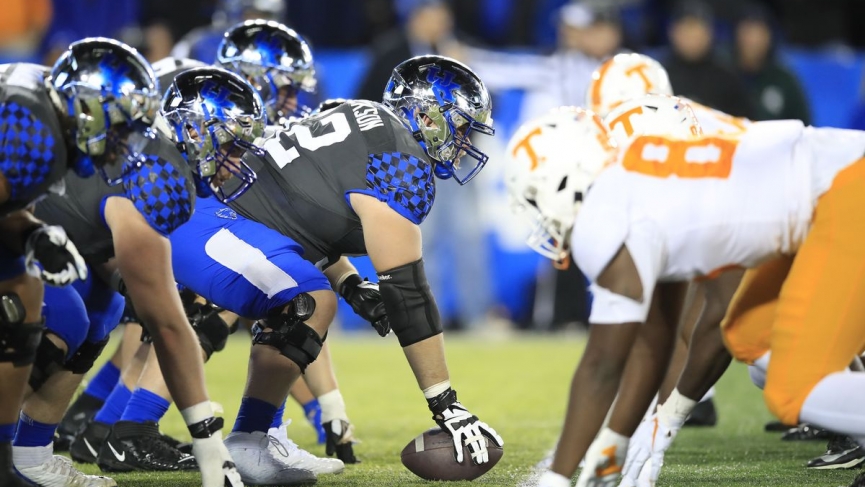 Odds.com’s Kentucky vs Tennessee Pick – College Football Week 7: Over the last 40 meetings, the Volunteers have dominated the Wildcats winning 36-of-40 games and have earned a 29-10-1 against-the-spread (ATS) record good for 74% winning bets dating back to 1981.  The Volunteers are 7-2 SU and 8-0-1 ATS (wins, losses, pushes) the last nine meetings with the Wildcats.

The Tennessee Volunteers (2-1, 2-1 Southeastern Conference) are coming off their first loss of the season in a 44-21 rout by the Georgia Bulldogs. This Volunteers led 21-17 at the half and were poised to get the shocking upset victory installed as 13.5-point road dogs. Having the lead at the half and then getting outscored 27-0 in the second half is a highly demoralizing way to lose any game and makes for challenging assignments to play well against another formidable SEC foe in the Kentucky Wildcats this week and then against the Alabama Crimson Tide the next week.

The betting line opened with the Volunteers installed as a 6-point home favorite and a 49.5-point ‘total’ line. The ‘side’ betting line has experienced equal action supporting both teams, and as a result, the line is unchanged.

The ‘total’ has seen a broad interest to bet the ‘UNDER’ in this matchup of SEC foes. Of the 727 bets placed at 20 sportsbooks, 62% of the tickets, and 73% of the total money bet, is on the ‘UNDER’.  The results of this one-sided betting flow have caused the ‘total’ line to descend from an opening of 49.5 points to the current price of 46.5 points. The betting flows remain on the ‘UNDER’ despite the price adjustment, which may cause a further decline towards 45 points as game time approaches.

Big News Out of Knoxville

The Volunteers backup quarterback Harrison Bailey took all 50 snaps Sunday in a live scrimmage that took place less than 24 hours after the loss to the Bulldogs. At that point, the starting quarterback position appeared to have changed. Still, head coach Jeremy Pruitt made it clear in his Monday press conference that Guarantano was the Volunteer’s starting quarterback. If Guarantano struggles again, rest assured that Bailey will enter the game.

Betting the Over on Fast Starting Teams

This betting system has earned a solid 39-14 record for 73.5% winning tickets betting on the ‘OVER’ in games played spanning the last five seasons. The requirements are to bet the ‘OVER’ in a game lined between 42.5 and 49 total points, with a team that is fast starting, outscoring opponents by a minimum of seven points in the first half, and are coming off a game that had 60 or more points scored.

The total has a current price of 46 points and is between the range required by the system. The Volunteers are averaging 17 first-half points-per-game and allowing ten first-half points to their opponents this season. The scoring differential in the first half scoring for the Volunteers is seven PPG. Last, the Volunteers are coming off the 44-21 loss to the Bulldogs that exceeds the previous game minimum of 60 points required by the system.

Many team situational trends have been working against the Wildcats for many seasons. For instance, the Wildcats are an imperfect 0-9 ATS in road games following a game in which they rushed the ball for fewer than 3.25 yards-per-rushing-attempt (YPRA). The Wildcats head coach Stoops is a money-burning 3-12 ATS when facing an opponent that completes 62% or more of their pass attempts.