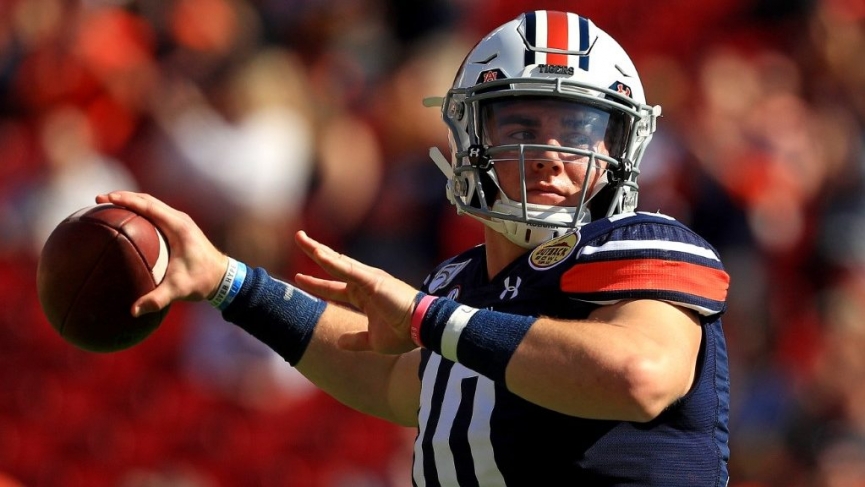 Odds.com’s Arkansas vs Auburn Pick – College Football Week 6: The Auburn Tigers are coming off a disappointing road loss to SEC and eastern division foe Georgia Bulldogs last week. They must be entirely focused to avoid underestimating the Arkansas Razorbacks. The Tigers are priced as 13.5-point home favorites with a posted total of 47 points for this game.

The Razorbacks had been 2-24 straight-up in games facing SEC conference foes since 2017. Last week’s 21-14 win at Mississippi State as a 17-point underdog ended a 20-game consecutive losing streak in SEC competition. During these 26 games stretch, the Razorbacks posted a 13-12-1 against-the-spread (ATS) record, and the ‘UNDER’ went 15-11 for 58% winning bets. Moreover, the last time the Razorbacks won two consecutive games facing SEC foes was back in Week 11 of the 2015 season when they defeated LSU 31-14 as 7-point underdogs.

Team Statistical Comparisons in the SEC

What is Wrong with the Tigers Offense?

The Tigers offense is off to a rough start, and quarterback Bo Coaching expectations were high for Nix to contribute in a much bigger way in his sophomore season. Through two games, he’s completed a terrible 55% of his 67 pass attempts for 410 passing yards, three touchdowns, and one interception and a below-average 118.4 quarterback rating.

Nix is also the team-high in rushing attempts with 16 and second-high in rushing yards gained with 42 yards. Unless a team runs the wishbone, triple option, or read-option scheme, it is not a positive result when the quarterback is a significant factor in the ground game.

The Tigers offense needs to establish play-action pass during the first quarter in this matchup against the Razorbacks. Play action pass plays will force the Razorback linebackers to respect the ground attack first and foremost. As a result, quarterback Bo Nix more time to scan the field and look for his top receivers in Anthony Schwartz and Seth Williams, among others. Once the linebackers increase their depth from the line of scrimmage, the Tigers ground attack will be quite effective in the second half.

A First Half Betting System