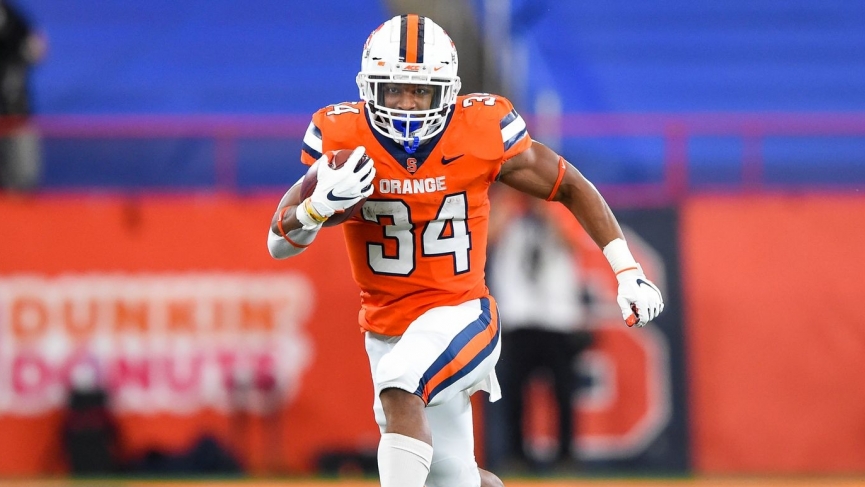 Odds.com’s Liberty vs Syracuse Pick – College Football Week 7: The Liberty Flames will put their perfect 4-0 record on the line when they travel to take on the 1-3 Syracuse Orange in the Carrier Dome and scheduled to kick-off at Noon EST. These teams mark the second meeting between these programs. The Orange dominated the Flames in a 24-0 shutout win in Lynchburg, VA, and covered the spread as 19.5-point road favorites in 2019.

The line opened at pick-em and has since moved to make the Flames a 3.5-point road favorite. So, this time around, the Flames have a realistic opportunity to earn a meaningful win for their program.

The early betting flows show a strong interest in the Flames that accounts for 65% of 710 tickets and 76% of the money placed at 20 sportsbooks. The line has moved 3.5 points from its’ opening price of pick-em. The balance of action reflects the public and the professionals are on the Flames. The betting line has risen on the recent news of the Orange’s ever-growing injury list, including several team leaders.

The Orange head coach Dino Babers has his hands full to offset even a portion of the mountain of injuries his team has suffered this season. Last week, in the 38-24 loss to Duke, he lost his redshirt junior starting quarterback Tommy DeVito to a leg injury that occurred on a sack early in the fourth quarter. In the same game, he lost one of his best defensive players in safety Andrew Cisco, to an ACL injury and lost for the remainder of the season. In addition to those two players, there are six more players listed as questionable for the game against the Flames.

Who Will the Orange Start at QB?

The word on the street is that redshirt senior Rex Culpepper will be the starting quarterback for the Orange this Saturday. He had a brilliant high school career playing for Plant High located in Tampa Bay, Florida, and does have the NFL prototypical frame at 6-3 and 221 lbs. He is a true student-athlete as a three-time recipient of the ACC Honor Roll team award and has been a seven-time Syracuse University Director’s Honor Roll selection.

Culpepper has been the holder for placekicks for three seasons and has seen limited action in four games this season. Entering the game in the fourth quarter against Boston College in relief of DeVito, he completed 1-of-3 passes for three yards. Over the four games, though, he has completed 50% of his 18 pass attempts for 113 yards, including a 69-yard pass completion against the Pittsburgh Panthers.  Making his first career start is a tall order for any quarterback, but being a redshirt senior and having been with the program for five seasons may be enough for him step-up big in this game.

Are There Any Betting Systems?

This betting system supports the Flames and has earned a remarkable 27-6 against-the-spread (ATS) record good for 82% winning bets in games played over the last five seasons. The requirements are to bet on a road team that held their last opponent to 225 or fewer total offensive yards and is facing an opponent that was outgained by their previous opponent by a minimum of 225 yards.

The Flames are -165 on the money line, and the system, as mentioned above, has earned a 25-8 straight-up (SU) record that won these games by an average of 19.3 points in games played over the last five seasons.

Taking the same parameters as mentioned above and adding that our team is a favorite improves the results to near perfection. So, road favorites, including the parameters discussed above, have earned a 21-3 SU and ATS record good for 87.5% winning bets over the last five seasons.

The machine learning models project that the Flames defense will allow no more than 3.5 yards-per-rushing-attempt (YPRA) and score 22 or more points. The Flames are a resounding 8-0 SU and 7-0-1 ATS (wins, losses, pushes) when their defense has held an opponent to 3.5 or fewer RYPA and scored 22 or more points. Take the Liberty Flames -3.5  (-110 via DraftKings) points as a College Football Best Bet.