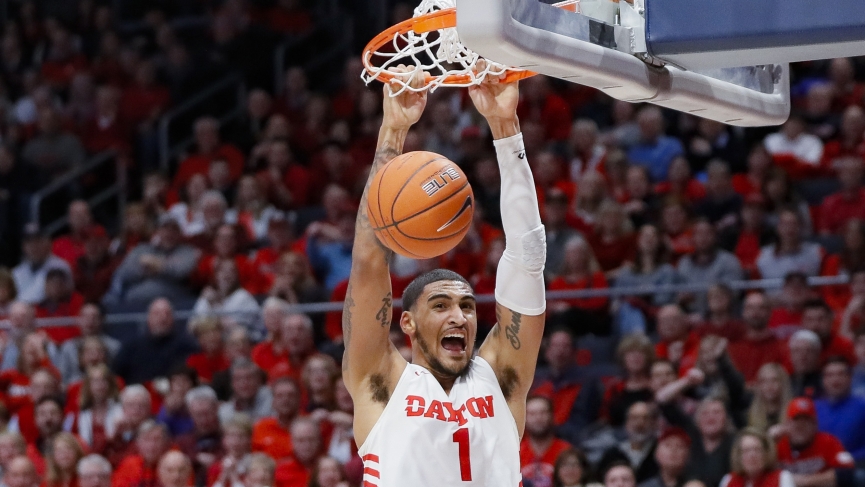 All the pieces were in place for a wild NCAA Tournament following a season in which we saw a revolving door at the top of the rankings. Things were especially looking up for Mark Few and the Gonzaga Bulldogs after beating three ranked Pac-12 teams during the regular season – Arizona, Washington and Oregon – plus pulling off a 3-game sweep of rival Saint Mary’s to claim yet another West Coast Conference crown.

Then, the rug was pulled out from under everyone, and one of Gonzaga’s best chances to finally win an NCAA Championship disappeared along with March Madness. Few’s club was projected to be a No. 1 seed in the West Region after ripping its way to a 31-2 record, leading the nation by a wide margin in scoring. The Bulldogs were one of several squads from small conferences hoping to become the first team outside the Power 6 since UNLV in 1990 to win it all.

While that opportunity vanished, Gonzaga is expected to make yet another run toward glory next season, at least according to the numbers at FanDuel that have the Bulldogs as the team to beat with a +900 price. Even with the subtraction of standouts Killian Tillie and Admon Gilder, Few has the talent to finally get the job done.

It’s the combination of returning players and a strong bunch of incoming recruits that are driving the Bulldogs to the top of the NCAA basketball futures board at FanDuel. Gonzaga’s top two scorers, Filip Petrusev (17.5 ppg) and Corey Kispert (13.9) will be back, along with Joel Ayayi who averaged 10+ per game and should assume duties out at the point. Drew Timme just missed the double-digit clip as a freshman, and the 6-10 Texan should team with Petrusev to give Gonzaga a strong pair of bodies in the post.

Few is also bringing in one of his best-recruiting classes, led by Jalen Suggs, a 6-5 guard out of Minnesota who earned 5-star recruit status by ranking as one of the top 10 high school guards in the nation. Guard Dominik Harris and forward Julian Strawther join Suggs as freshmen expected to step in and contribute. In addition, Few landed grad transfer Aaron Cook from Southern Illinois to add experience and depth to the backcourt.

Of course, all of this is contingent on just when and how the 2020-21 campaign gets underway. The official schedule is not out, but Gonzaga accepted an invite to the Orlando Classic during the Thanksgiving break, and that might be our first chance to see how the Bulldogs stack up against some of the other elite programs as Michigan State, Auburn and Xavier are also on the bill.

‘V’ for Virginia, Villanova near top of contenders list

A half-dozen teams join Gonzaga in the top tier of the college basketball odds to cut down the nets in Indianapolis next April, including blue bloods Kentucky (+1400) and Duke (+1500). Both teams will once again be part of the Champions Classic in Chicago where the Wildcats will face Kansas and the Blue Devils take on Michigan State.

Duke is also slated to take part in the Battle 4 Atlantis where another top-tier contender, Creighton (+1400), could be an opponent. Kentucky is not part of one of the early-season tournaments, though that could change.

Baylor (+1000) is actually the closest competitor to Gonzaga on the NCAA basketball futures chart at FanDuel. Scott Drew had the Bears in position for a No. 1 seed at this year’s Big Dance, and a lot is still riding on who they might lose to the NBA Draft, most notably Jared Butler and Macio Teague.

Rounding out the upper crust are a couple of teams that are very tempting to yours truly, Virginia (+1200) and Villanova (+1000). It was an up-&-down year for Tony Bennett and the Cavaliers following their 2019 title run, yet the signature defense was still there and a strong recruiting class is on its way in. Jay Wright and the Wildcats also had some turbulent times, but still shared the Big East crown and will once again be among the best.

Will Big Ten maintain its status as the deepest conference?

Kansas (+1800) and Florida State (+2400) are part of the next group of teams sure to draw interest from college basketball bettors. But we have more detailed previews for both the Jayhawks and Seminoles forthcoming, and turn our focus to a trio of Big Ten schools.

There really wasn’t any question about which conference ran the deepest in 2019-20 as the Big Ten was poised to send as many as 10 teams dancing. Wisconsin emerged from the pack with the top seed for the ill-fated conference tournament, and the Badgers (+1800) top the list of NCAA odds in the league entering this season.

Iowa (+2000) and Michigan State (+2400) trail Wisconsin, and each has their own questions to answer for consideration this time around. The Hawkeyes await Luka Garza’s final decision regarding the NBA Draft after the 6-11 junior decided to at least test the waters. He could withdraw that declaration, which would be huge for Iowa’s chances. The Spartans have to find a replacement for Cassius Winston, their floor general, but as difficult as that task might be, we’ve all learned not to bet against Tom Izzo coming up with an answer.