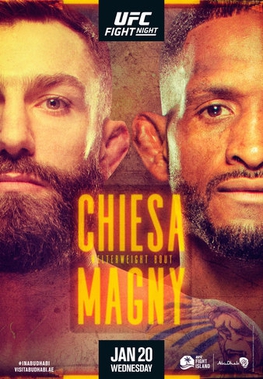 
The favorite dominated this event, winning 10 of the 14, with Michael Chiesa winning as a +140 underdog.

Bettors who backed the favorites at UFC Fight Island 8 went 10-4 for a marginal +0.4u profit.

UFC Fight Island 8 is the second televised event of the 2021 calendar year and the event serves as a lead-up to UFC 257, headlined by Conor McGregor and Dustin Poirier which will take place on January 23rd, 2021.