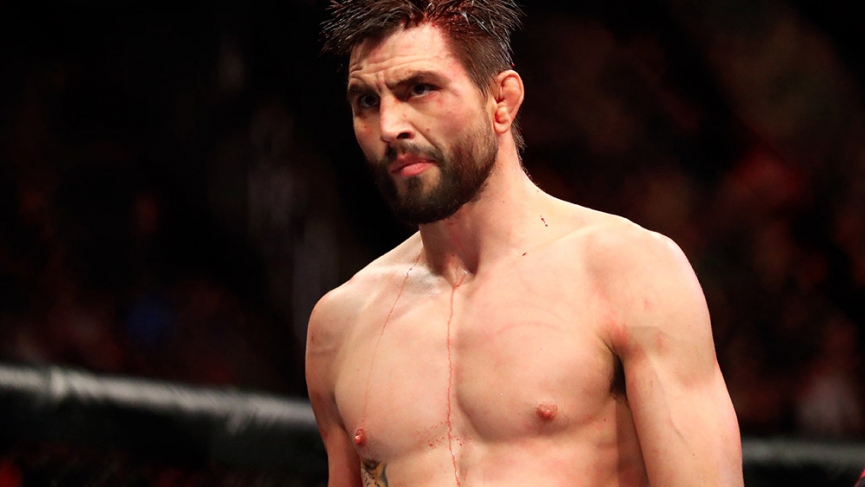 
From a betting perspective, the biggest favorite on the  UFC Fight Island 4 card is featherweight Charles Jourdain at -455 (via WilliamHill). I don’t see any value on his opponent Josh Culiabo as the +360 underdog.

Heavyweight Yorgan De Castro looks to bounce back from his first career loss when he battles Carlos Felipe in the co-main event. Despite Felipe being a nice +20 underdog (via Bet365) in the matchup, I don’t see much value in him.

De Castro (6-1) is coming off a unanimous decision loss to former NFL star Greg Hardy at UFC 249 in May. The 32-year-old was competitive in the matchup, unit he hurt his foot midway through the fight which compromised his striking. The Regiment Training Center product has finished five of his six career opponents.

Felipe (8-1) came up short in his UFC debut back in July after suffering a majority decision setback to Sergey Spivak which halted an eight-fight win streak. The 25-year-old will be competing for just the second time since 2018.

On paper, this looks like a favorable matchup for De Castro, who has been a fan favorite since knocking out Alton Meets on Contender Series last June. The fact that he had a good showing against Hardy prior to losing a decision lets me believe he’ll bounce back in a big way for this fight. It also appears the UFC is high on De Castro as well, giving him the co-main event treatment for this event. As long as the Massachusetts native doesn’t make any mistakes I see him knocking out Felipe or winning a one-sided decision.

Contender Series winner Dusko Todorovic makes his long-awaited UFC debut when he battles Dequan Townsend on the main card. I think the line is way too high on Todorovic and I see plenty of value on Townsend as the underdog at +270. Here’s why.

Todorovic (9-0) hasn’t competed since he defeated Teddy Ash on Contender Series back in August 2019. The 26-year-old has finished eight of his nine career opponents, including a notable victory over current UFC welterweight Michel Pereira in December 2018.

Townsend (21-11) surprisingly earned another opportunity here on Saturday despite losing three-straight fights in the Octagon. The 34-year-old last competed in February where he dropped a decision to Devin Clark at UFC Fight Night in February.

While the UFC is clearly trying to build up the newcomer Todorovic, I don’t think it’s a slam dunk he wins this fight. Towsend has 32-career fights compacted to the Serbian fighter’s nine and boasts a height/reach advantage in the matchup. Not to mention the Michigan native has been more active in his career, having fought two more times since Todorovic’s last fight.

At +260 (via WilliamHill) I see plenty of value on Townsend as the underdog and think he’s worth a play here.

One of the most overlooked fights on this card pits former interim welterweight champion, Carlos Condit, against TUF 11 winner Court McGee. While McGee is understandably the favorite in this fight for a variety of reasons, I do see value on Condit as the underdog.

McGee (19-9) heads into this matchup on a two-fight skid, including a unanimous decision loss to Sean Brady at UFC Boston last October. The 35-year-old is 3-6 in his last nine fights and will look to avoid three-straight losses for the first time in his career.

Condit (30-13) hasn’t looked the same since losing his welterweight title to Robbie Lawler by split decision at UFC 195 in January 2016. The Jackson/Wink product has lost five-straight fights and will be looking for his first win since May 2015.

The reason I see value on Condit in this fight is that most of his losses are coming against top competition, including ranked welterweights Demian Maia, Michael Chiesa, and Neil Magny. While he has been submitted in back-to-back fights, McGee’s last stoppage win came in October 2010, so I don’t see that as a likely outcome in this fight. Condit clearly isn’t the same fighter we saw back in 2015, but having an edge in experience and a height/reach advantage, I see him pulling off the upset here. Not only do I see value on Condit as the underdog at +110 (via Bet365), but I’m also picking him here for the upset.