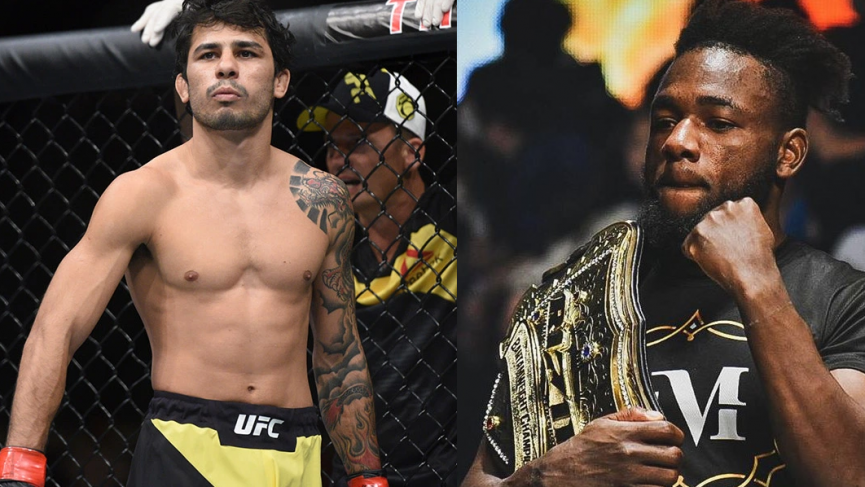 The favorite in the UFC Men’s Flyweight division has gone 29-13-2 since January of 2019, and with Alexander Pantoja coming in as close to a pick’em, it will be very interesting to see where this line closes come fight night.

Proppin’ You Up Oddcast: Pantoja vs Kape

Tale of the Tape: Pantoja vs Kape

Alexandre Pantoja made his professional MMA debut in the Brazillian regional scenes before landing in the RFA, where he won their Flyweight Championship in his debut. His next fight against Damaico Page would be his first fight with global odds posted, winning as a -150 favorite, and holding on to the RFA 125lbs gold. Pantoja would move to the UFC, where he competed in the Ultimate Fighter Season 24. Pantoja made his UFC debut in 2017, defeated Eric Shelton by split decision at UFC on FOX 23. Pantoja has strung together a 6-3 record in the UFC, with his most notable win against Brandon Moreno, defeating him by decision at UFC Fight Night 129. In fact, the second time that Pantoja picked up a victory over Moreno, although the first win was in an ‘exhibition bout’ during their season of TUF.

Pantoja is a dangerous fighter with as many submissions as T/KO’s. Still, it has fallen slightly out of favor with a 2-2 record since 2019, albeit those two losses were to current UFC Flyweight Champion Deiveson Figueiredo and highly ranked flyweight Askar Askarov. Pantoja has been deadly on the feet at points in his career, but his real bread and butter is his groundwork, which he will need to utilize against the Portuguese ‘Prodigio’ Manel Kape on Saturday.

Manel Kape is making his UFC debut on Saturday, although this is not the first time he weighs in for the promotion. Kape was slated as the back-up fighter for the UFC 256 bout between Deiveson Figueiredo and Brandon Moreno, and although Kape did not get to compete on that fight card, he has been able to garner a ton of internet in the lead up to UFC Vegas 18.

Kape is the former Rizin FC Bantamweight champion. Rizin FC is the premier Japanese MMA promotion and has, for the most part, been known to have one of the deepest and most talent heavy flyweight divisions in MMA. Kape won his belt by beating Japanese superstar Kai Asakara by way of 2nd round stoppage back in December of 2019. This was the second time Kape faced Asakura, after losing to him via a controversial split decision back in 2018.

Just before that fight, Kape lost to Kyoji Horiguchi, the former Bellator, and UFC flyweight. In the bout against Horiguchi, Kape was able to hold his own in the striking department but ended up gassing out and being submitted via a head and arm choke, with just 35 seconds left in the bout.

To put his entire run in Rizin into perspective, let’s look at it this way. Kape’s only losses came to the promotion’s current Flyweight champion and former UFC fighter in Horiguchi, after that he lost to Asakura in a fight many believed he should have won easily. Then his next loss was against a wrestle heavy fighter that laid and prayed on him to squeak out the decision. All in all, Kape has fought some of the best of the best in his weight class. Kyoji Horiguchi is a former UFC and Bellator bantamweight and went 24:59 seconds in the octagon with Flyweight goat Demetrious Johnson.

While even a beginner UFC bettor will tell you, ‘MMA math doesn’t work’, we still have to acknowledge the fact that Manel Kape defeated one of the best flyweights in Japan in arguably two different instances and then held his own against one of the best 125’ers on earth in Horiguchi. It’s also worth mentioning that Kape has gotten substantially better since losing to Guchi, which was evident when he came in and defeated former Rizin FC Bantamweight champion Asakura in just under 6 minutes.

This is an incredibly difficult fight to handicap, with both fighters having some distinct but narrow paths to victory. If Pantoja is able to use his strength and get Kape to the ground, we have seem that he hasn’t been able to fair very well with jiu-jitsu players, and if Pantoja can recreate what Ulka Sasaki did to Manel Kape, he does have a clear path to victory. However, if Manel Kape is able to last that initial wave from Pantoja, it will be his fight to win. Kape is heavy-handed for Flyweight, and if Pantoja puts himself in the position to get hit, he will get hit and hit hard against the ‘Starboy’.

UFC Vegas 18 Picks – Manel Kape (+100 via Bet365): This is a coin flip fight, and the ‘coin flip’ favorite in the UFC men’s Flyweight division has gone 7-1 since the start of 2020, for +4.38 units profit, and the outright favorite has gone 23-6-1 at 125 in the UFC in that span as well. However, this is one of those fights where you have to throw the numbers and data out the window and just go with the eye test. Manel Kape went 6-3 in Rizin and profited +4.71 units on the moneyline in his time in Japan; beyond that, there are very few numbers as far as his performance against the expectations.

Pantoja is 8-3 in his last 11 pro-fights, profiting for +2.39 units profit on the money. That doesn’t tell you much about his fighting ability, but it tells you that Pantoja has been lined as the betting favorite and has not exactly delivered on numerous occasions. Pantoja was favored in his last three fights and has a 1-2 record in that span, with his one win over Matt Schnell cashing as a -310 favorite.

Manel Kape has been the underdog far more times than he has been the favorite, and that’s where he shines through the most. Beyond betting the ‘Starboy’, the ‘Under 2.5’ rounds prop at the current price of -138 seems very enticing, especially considering the fact that these two fighters combine for 22 wins by way of stoppage.