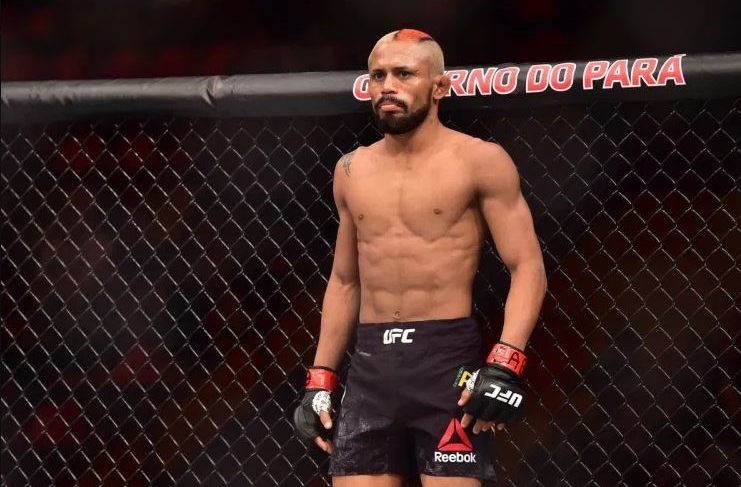 Deiveson Figueiredo vs Alex Perez Pick – UFC 255: The finale of UFC 255 is an absolute banger of a fight. The current reigning Flyweight champion is defending his title for the first time against Alex Perez. A prime Deiveson Figueiredo who has torn through the division faces a tough test in the young grappling heavy Perez if a fight that should be non-stop action.

The God of War Deiveson Figueiredo is perfect if not for one single fight over his 8-year career. Figueiredo is an absolute monster who has destroyed the UFC people in front of him. Deiveson has shown nothing but constant improvements over the last two years, and it has culminated with a title fight against long-time contender Joseph Benavidez. Figueiredo missed weight, and then a clash of heads marred his KO victory and cost him the title, so the UFC ran it back, and in the rematch, Deiveson left no doubt that he was the king. Every time I doubt Figueiredo, the man comes back bigger, stronger, faster, and better.

Alex Perez is a young fighter with a ton of experience, and many people simply don’t understand how good he is. Deiveson was scheduled to fight former 135-pound champion Cody Garbrant, and it was being billed as a semi-super fight, so when Garbrandt was forced to withdraw, people were understandably disappointed. Alex Perez is a grinding wrestler with sharp hands and a nasty calf kick. Perez wears his opponents down and grinds on them until they go belly up and provide an opening for a knockout or a submission, and he never stops. In Perez’s last fight, he managed to take out a former top contender in Jussier Formiga in the 1st round using only his calf kicks, and it was incredibly impressive. Even though Perez is less of a name, his skill set is deep, and he is far more of a legitimate challenger than most casual fans know.

This should be an intense fight from start to finish. Deiveson has rare power for the 125-pound division and is capable of shutting the lights off in seconds. Alex Perez is a technical grappler who should come out looking to chip away at the champion to win in the later rounds. Perez will likely look to attack the calf, like he always does, and mix in takedowns trying to wear out Figueiredo and slow him down. The issue is that Deiveson’s grappling has gotten much better in recent years, and even when Perez looks to land the calf kicks, he will leave himself open to counters, and these men do not hit the same.

Alex Perez is by no means chinny, but just two years ago, the former #1 contender Joseph Benavidez knocked him cleanout in the very first round. That was a fight that really allowed Perez to see what the next level of the sport looked like, and he has been perfect since, but his three opponents are questionable. Mark De La Rosa is no longer with the UFC after going on an 0-4 run. Jordan Espinosa is 1-3 in his last four and looking at the chopping block. Jussier Formiga is on an 0-3 skid and was just released this week after his leg kick TKO loss to Perez. I can appreciate the talent that Perez has put on display, but he only has one fight against a championship-level fighter, which ended in a round 1 nap.

Main Event Best Bet: Deiveson Figueiredo (-333) via Bet365: I fully expect the God of War to win this fight, but it will be quite hairy from the start. Perez should start strong and might even win the first round or two while he is fresh and using his grappling. If he can get through those rounds without getting caught, then I think the champion takes over. The only issue is with a fighter like Deiveson; he can end the fight at any moment. Even though I wouldn’t say that Perez is chinny, if Joe can knock you out, we know that Deiveson can knock you out. If Division comes out patient, this fight may get into the 3rd and 4th rounds, but eventually, I expect the raw power of Deiveson to be a problem for Perez. I am personally using Figueiredo in a parlay, and I feel that may be a safe way to approach this big line.