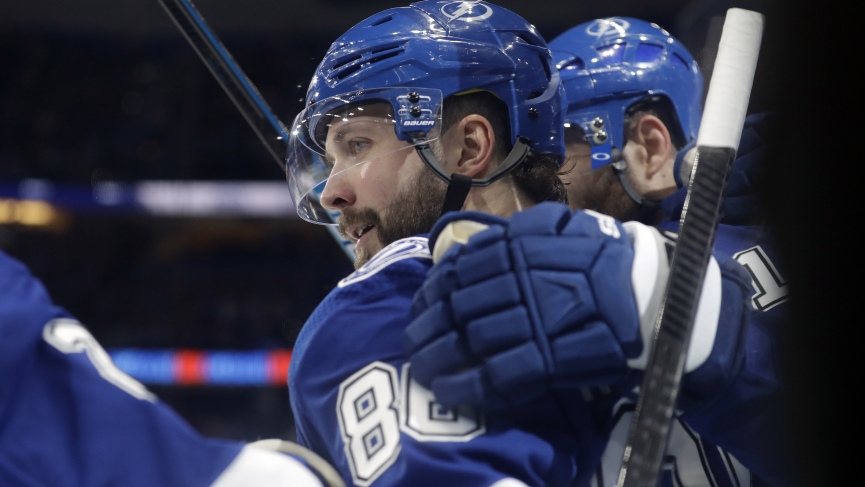 OddsHQ’s New York Islanders vs Tampa Bay Lightning Pick for Game 5: An average of 6 goals have been scored in the 22 elimination games played in these NHL playoffs. Tonight, with the Islanders’ backs against the wall vs Tampa Bay, we look at another Over in what should be New York’s best effort of the playoffs. 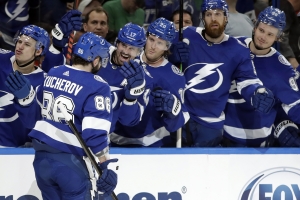 The winning vibes lasted for only one game for the New York Islanders as the Tampa Bay Lightning responded to a 5-3 loss in Game 3 with a 4-1 victory in Game 4. Tampa Bay got Alex Killorn and Brayden Point back in the lineup for Game 4 after both of them didn’t suit up in Game 3. Point had two points including a goal in his return and the top line for the Lightning featuring him along with Nikita Kucherov and Ondrej Palat continues to devour opponents. That trio combined for 6 points in Game 4 and they have been a phenomenal line for these entire playoffs where 63 points between them here in the playoffs. Lightning head coach Jon Cooper stated after Game 4 that Brayden Point is playing through a nagging minor injury but it sure hasn’t impacted his play on the ice. Tampa Bay has three terrific forward lines that have all found ways to get in on the offensive attack making it difficult for the NY Islanders to pick their poison and choose which line they put their top checking line and defensive pairing up against. When Tampa Bay is getting scoring from each of their top three lines like they are right now, they are a nightmare matchup and nearly impossible to shut down. Tampa Bay has scored at least 3 goals in 8 of their last 10 playoff games which speaks volumes about the offensive depth and consistency they have put on display.

The Islander Well Is Running Dry

One of the proponents of the NY Islanders getting to the Eastern Conference Final was their improved offense as they averaged well over 3 goals per game throughout the playoffs entering this series against the Tampa Bay Lightning. That offense has taken a step backward in this series with the Islanders reverting back to the all too familiar scoring droughts they often went through during the regular season. The Islanders have been held to 2 goals or less in three of the four games in this series and their power play has struggled mightily going 1-for-14 in this series. The challenges this team has had in extended stretches of the past two seasons withs coring goals have resurfaced in this series. They need to rediscover their scoring ways starting right here in Game 5 because they have been hard-pressed even with their usually very staunch defensive ways to shut down Tampa Bay who have averaged a little over 4 goals per game in this series. Anders Lee and Jordan Eberle were two players who found the back of the net and got on the scoresheet often in the first three rounds of the playoffs against Florida, Washington, and Philadelphia but in this series, they are entering Game 5 against Tampa Bay on 3 game pointless streaks. Both of those along with some of the other Islander’s top six forwards need to step up their production in a hurry.

I wouldn’t rule out the NY Islanders completely from winning this game because I expect pride to kick in for them and they are the kind of character laden team with a respected head coach that all the players enjoy playing for that isn’t going to pack it in and go down without a serious battle. The problem though in Game 5 as it has been for this entire series is that the NY Islanders need to bring their A+ game in order to even have a chance of beating Tampa Bay in this series. Anything less isn’t good enough. Tampa Bay can play their B- or even C+ game as they did in Game 2 and still end up winning. That is the kind of discrepancy we are seeing between the level of a team the NY Islanders are and the level that Tampa Bay is and are playing at right now. The NY Islanders have conceded 3+ goals in three of the four games in this series and  I don’t see that changing especially with their own goaltending from Semyon Varlamov not being as strong as it had been in their previous playoff series. On the flip side, I do expect New York to really be more aggressive offensively knowing their season is over with a loss here. This is an elimination game and the total for this game is sitting at a low total of 5. We have seen this series go back and forth between overs and unders in the first four games of this series. I expect this game to have a very solid chance to go over a total of 5 especially with the possibility for plenty of time with the empty net late in the game which always has the potential to lead to a late goal-scoring explosion. I’ll be betting this game Over.