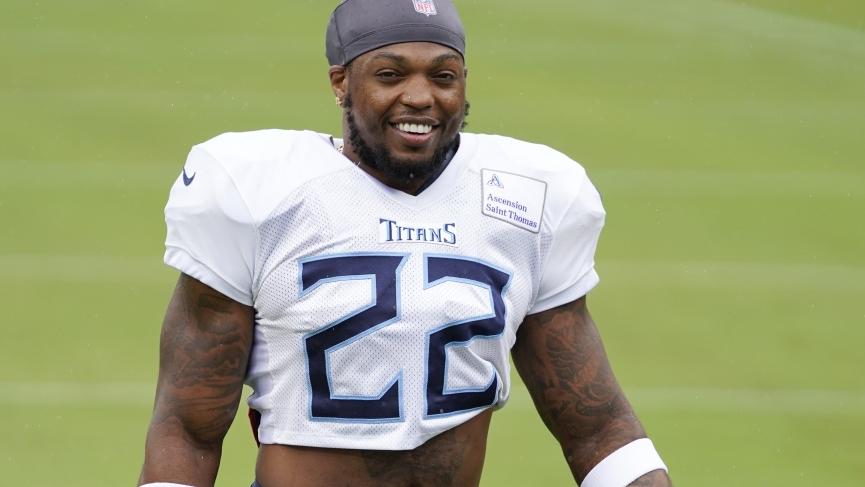 OddsHQ’s Tennessee Titans vs Denver Broncos Pick for NFL Week 1 MNF: The Titans were one of the best running teams in the NFL last year, averaging the 3rd most rush yards per game, and 2nd more rushing TD’s. Tennessee heads to Mile High to take on the Broncos as -3 favorites on Monday Night Football

The Tennessee Titans coming off a 2019 season that exceeded all expectations will look to take another step further in 2020 starting tonight with a win at a difficult venue against the Denver Broncos. The Titans went 11-8 straight-up (SU) and against-the-spread (ATS). The ‘OVER went 11-8 too in 2019. The Broncos went 7-9 SU, 8-7-1 ATS, and the ‘UNDER’ was a winning 9-6-1 in 2019. The Broncos tied their regular-season wins line at 7-games and the Titans went ‘OVER’ their 8 wins line after a 42-20 home win over the Jacksonville Jaguars in Week 12.

Denver is a Lock to Be Better This Season 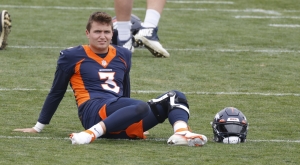 Drew Lock took over the starting quarterback job late in the season and led his team to a stellar 4-1 SU and ATS record. Bronco faithful are excited to see if this positive trend to end the 2019 season will bridge the gap to the start of a new era in Denver. The veteran 34-year old Joe Flacco did not perform badly, but the team’s 2-6 SU record in his starts is what led to the change under center. Lock made the most of the opportunity and completed 64% of his 156 pass attempts for 1,020 passing yards, seven touchdowns, and just three interceptions.

Lock and the New Wideouts

Lock developed immediate chemistry with stud wide receiver Courtland Sutton, who for the season had 72 receptions on 124 targets averaging 15.4 yards-per-reception and six total touchdowns scored. Courtland is going to be joined by rookie draft picks Jerry Jeudy, who was selected 20th overall in the first round of the draft, and K.J. Hamler from Penn State and who was drafted 20th in the second round. The depth of the WR/TE position is solid with TE Noah Fant having a breakout type season being joined by DaeSean Hamilton, Tim Patrick, and Tyrie Cleveland, who was selected 20th in the 7th round of last year’s draft.

What are the Lines for This Game?

The Titans find themselves installed as 3-point road favorites and the game total is priced at 41-points. There are a few 41.5 price tags appearing at places like BetMGM and Bet Rivers reflecting the public demand for the ‘OVER’.

The Titans Derrick Henry had a breakout season leading the lead with 1,540 rushing yards and 16 rushing touchdowns. He led the league with 303 rushing attempts and was tied for fifth-best gaining an average of 5.1 yards-per-rushing attempt. The Titans will that level of performance from Henry again in 2020 if they are to advance deeper into the playoffs. However, the toll of 303 carries by an RB at the NFL level does take a toll on the physical body but given Henry’s size and physicality, he is one of those RB that can repeat All-Pro type seasons.

A First Half Betting System

This first-half betting system has recorded a money-making 80-34 record good for 70% winning ‘UNDER’ bets spanning the last 10 seasons. The system instructs us to bet the ‘first half UNDER’ line with a team that had a win percentage between 40 to 49% in the previous season. If the game is a matchup of conference foes, then the record improves a bit to 59-24 for 72% winning bets over the last 10 seasons.

Analytical projections have the Titans gaining at least 125 rushing yards and scoring at least 27 points. In past games in which they met or exceeded these performance measures they have gone to win 93% of their games on an 87-7 SU record and posted a jaw-dropping 83-10-1 ATS record for 89% winning bets that cover by an average of 12 points.

When the Broncos have allowed 125 or more rushing yards and allowed 27 or more points they have posted a horrid 6-65 SU mark for 8.5% wins and a college-fund draining 5-63-3 ATS for 7% winning bets and failing to cover the spread by an average of 14 points. Denver will be a better team in 2020, but it will not start tonight. Take the Titans and lay the 3-points. Best odds currently at -3 (-114) via DraftKings