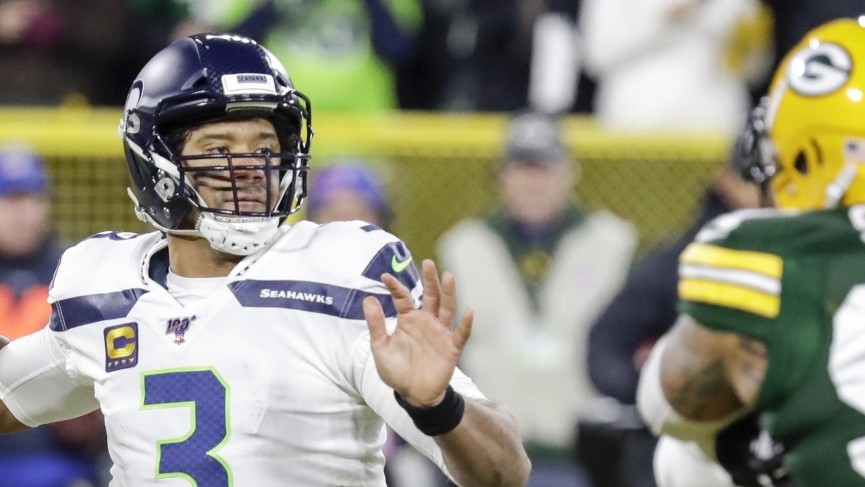 The Seattle Seahawks odds on their season win total moving from 9 to 9.5 without any big-name acquisitions proves one thing. Bettors are finally realizing that Pete Carroll and Russell Wilson are undervalued. Carroll is often mocked for his seemingly archaic run-first approach. Yet it’s hard to argue with his results.

The last time the Seahawks failed to win 9 games was in 2011, Carroll’s second year leading the team. So while the Seahawks do not have a flashy roster and frustrate analytics gurus with their play calling, Pete Carroll’s ability as a teacher and developer of young players cannot be denied. Every year the Seattle seems to have a weak roster, devoid of big-name talent, but every year they put up good results.

The NFL is a quarterback league and the Seahawks trot out a true MVP candidate Russell Wilson. Wilson consistently works magic even with a depleted offensive line and injuries to his receiving corps. Wilson exhibits the hallmark of a great quarterback, and that is making any receiver look good. If a receiver runs the routes drawn up, he will get open and Wilson will provide him with a catchable ball with room to work after the catch.

Although I am an ardent Carroll supporter for the energy he brings and his ability to teach young players, there is no doubt that the true reason behind the Seahawks’ success is the play and leadership of Russell Wilson. In a quarterback league, having the best quarterback can assuage a myriad of roster problems. The Seahawks are living proof.

The Seahawks are playing in one of the toughest divisions in the NFL. The NFC West has represented the NFC in the Super Bowl for the last 2 years. The Rams represented the NFC in 2019 when Sean McVay became the most heralded young coach the NFL has seen in a while. Kyle Shanahan reminded everyone that he is another young coach to be reckoned with as he took his team to the 2020 Super Bowl.

Will Cam Give The Patriots More Wins This Regular Season?

The 49ers were one Jimmy Garoppolo overthrow away from being the champions. Another heralded young coach, Kliff Kingsbury is in his second year in Arizona and he is an accomplished offensive mind as well. So Pete Carroll and his team will go against three of the sharpest young offensive minds in the game. Matching up with these innovative minds means the Seahawks are accustomed to being tested by top offenses. The Seahawks are a battle-tested team that can take advantage of some of the weaker offenses they face in out of division play. I believe that to be a reason why the Seahawks improved on the road last year. Improvement on the road made them quite dangerous because they already possess one of the greatest home-field advantages in the NFL.

With the Seahawks, it’s all about the quarterback

I hate to be reductive in my approach to the Seahawks team, but it simply comes down to the fact that Russell Wilson is better than all but maybe three quarterbacks in the NFL. When you have a quarterback advantage in every game, it’s tough for the opposing team to overcome. Late-game situations in close contests often come down to which quarterback can navigate the opposing defense as well as the clock. Wilson is masterful at both.

The line move indicates that bettors are well aware that oddsmakers posted a line that the Seahawks would have exceeded in each of their last 8 seasons. Coincidentally, 8 seasons is the exact amount of time that Russell Wilson has been in Seattle. While Wilson may continue to be overlooked by debate shows and the narrative-driven national media, it is clear that bettors understand his worth. Even with the move to 9.5, I still think there is value in the over as a Russell Wilson led team has only failed to win 10 games once in his tenure as a starter. That is why I agree with the market move and will bet the over on the Seattle Seahawks. Doing a little shopping, you can still find 9 available, although most shops are hanging at 9.5.