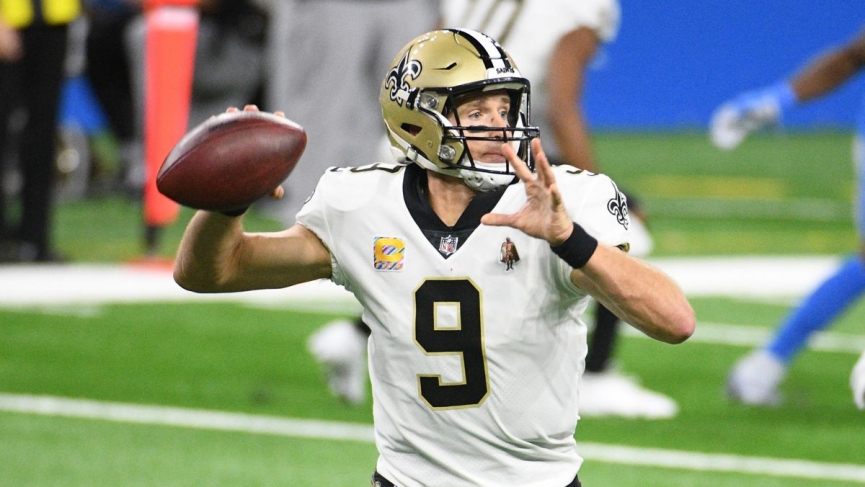 Odds.com’s New Orleans Saints vs LA Chargers Pick – NFL Week 5: Sean Payton and the Saints are riding a 13-6 ATS streak headed into Monday’s match-up against the Chargers. The Saints have covered 20 of their last 28 games against teams with a losing record, and take on a 1-3 Chargers team that have problems piling up exponentially.

The 2-2 New Orleans Saints host the 1-3 Los Angeles Chargers in the Mercedes-Benz Superdome. New Orleans has been favored by 3 or 4 points in all four of their games this year and the spread winner was also the outright winner. New Orleans is also 4-0 to the ‘over’ with every contest having a minimum of 57 points.

Los Angeles is the complete opposite, owning a 2-1-1 ATS record and both games they have covered, they did not win. They are also 3-1 to the ‘under’ with the three ‘under’ games seeing 40 points or less at the end of regulation.

Kamara, Brees, and the Saints offense 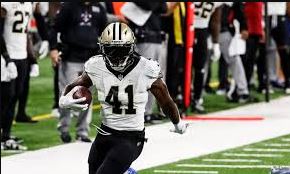 New Orleans will once again be without star wide receiver Michael Thomas. Offensively this means again being led by star running back Alvin Kamara. Kamara entered the week leading the NFL with 570 all-purpose yards. A very important part of the New Orleans attack as Saints quarterback Drew Brees has not been able to stretch the field vertically. He ranks last among quarterbacks in intended air yards per pass attempt and 31st in completed air yards per completion.

Outside of the Thomas injury, the Saints will have all-pro tackle Ryan Ramczyk back in the lineup. He left last week’s game with a suspected concussion but has cleared concussion protocol and is expected to play. Starting guard Andrus Peat is questionable with an ankle injury and he was limited all week.

The second half of last week’s game was the only bad half of football the Chargers defense has played when they allowed Tampa Bay to score on four straight possessions. They played a strong first half after giving up an early touchdown and included a pick 6. The Touchdown at the end of the first half was not the fault of the defense as it was a 6-yard drive thanks to a fumble.

The Charger defense flustered Patrick Mahomes and Kansas City most of the game in week two. Mahomes only managed 6.4 yards per pass attempt, a full yard below his season average suggesting the Chargers defense can step up in class.

The one issue for the Chargers defensively is Injuries to the defensive line in Justin Jones and Melvin Ingram III who both got hurt during or after the Kansas City game. Starting cornerback Chris Harris Jr was injured against Carolina and similarly to the defensive line injuries, he is on injured reserve. The key question will be can the Chargers survive all these injuries or was the second half of last week’s game a sign of things to come.

Los Angeles lost starting quarterback Tyrod Taylor and had rookie quarterback Justin Herbert take over in week two. In his three starts, Herbert is completing 72% of his passes which ranks 7th in the NFL, and 8.7 yards per pass attempt which ranks 6th. The rookie was very impressive last week leading multiple touchdown drives despite missing offensive lineman Bryan Bulaga and Trai Turner both of whom they had acquired this past off-season. Both of them are out once again which is somewhat concerning though the offensive line did hold up well last week against Tampa Bay. Note Tampa Bay’s defensive line is known for putting pressure on the quarterback and is ranked 4th in the NFL in sacks per game thus the Chargers offensive line did a good job despite the injuries.

If Herbert can get enough time to throw he should have no problems finding his talented receiving crops led by Keenan Allen as New Orleans has injuries to their secondary. New Orleans will be without cornerback Janoris Jenkins and their other top corner Marshon Lattimore is questionable after being limited in practice all week.

On top of finding his receivers, Herbert should be able to find tight end Hunter Henry who is having a strong season. He ranks third in the NFL in receiving yards for tight ends and note the player who ranks second on the list is Darren Waller who had 12 catches, 105 yards, and a touchdown in week two against this Saints defense. The Saints defense has had trouble defending tight ends all year. The Saints have allowed the opposing teams’ tight end to score a touchdown in all four games the Saints have played this year.

Los Angeles is a 7 point underdog which is a point spread range they have had success with this year. Los Angeles lost an overtime game in week two against Kansas City as a 9 point underdog and covered by the hook when getting 7.5 last week against Tampa Bay. This is the first time this year New Orleans has been asked to lay more than a touchdown and are just 2-2 despite being favored in every contest.

Statistically, Chargers rookie quarterback Justin Herbert is having just as good a season if not better than Saints quarterback Drew Brees. While the Chargers have multiple injuries on defense, they should still be competitive compared to the bottom 10 defenses the Saints have seen the past three weeks. Take the Chargers +7.