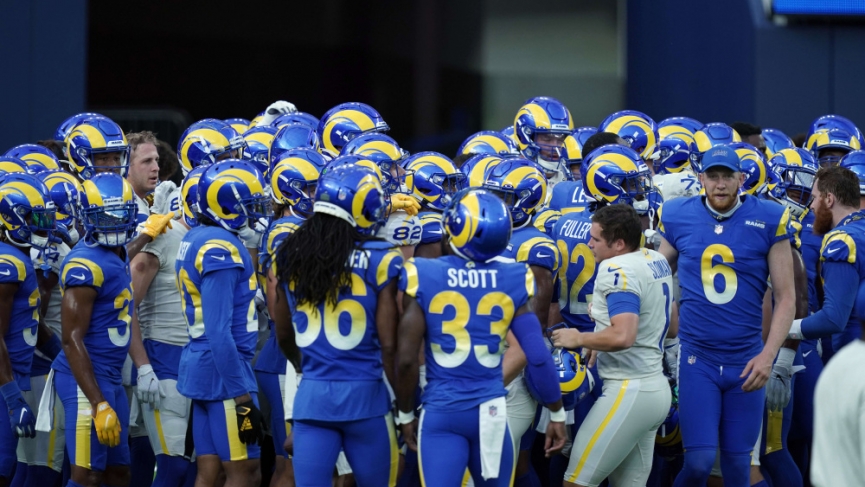 OddsHQ’s Los Angeles Rams vs Philadelphia Eagles Pick – NFL Week 2: The Eagles have gone 6-0 against the Rams in their last six meetings. Averaging 32.2 points during that six-game winning streak. On Sunday, the banged-up Eagles will hope to bounce back from their largest blown lead since 1995. As they host a 1-0 Rams team that looked rejuvenated in Week 1 of the 2020 season.

The Eagles find themselves in some serious trouble and it is only Week 2. Not only did they blow a 17-0 lead and allow the Washington Football Team to score 27 unanswered points, but their injury list has evolved into a MASH unit of sorts. Making matters worse is they host a strong Rams team that is fresh off a hard-fought win over the Dallas Cowboys 20-17 and covered by a point.

Whenever the betting flows get above a 3:1 rate it is a red flag for a bet on the Rams. These extremes in betting flows will not disqualify a pick identified by me machine learning models, but it can reduce a 10-Star play to a 7-star play, for instance. The public betting sentiment is a key indicator that I track and when the public reaches a frenzied state of irrational exuberance it sounds the alarm. Unbalanced betting flows can reinforce a graded play from the machine learning models is they are targeting the team that the betting public has no interest in and honestly believes will lose the game in a big way.

This betting system has earned a 130-76-10 against-the-spread (ATS) record for 65% winning bets over the last five seasons and instructs us to play on any team that is playing an opponent coming off a game with a turnover margin of -3 or worse.

Adding a few different parameters and keeping the focus on turnovers has earned a 69-31-3 ATS record for 69% winning bets over the last five seasons. In this situation, we want to be on any team after a game where they committed no more than one turnover and is now facing an opponent coming off a game with a -3 or worse turnover margin. Both systems support a bet on the Rams.

The NFL has become a league where in recent years the teams that managed to stay the healthiest also made runs in the playoffs. I admit it is rare that I am even concerned with the injury lists in Week 2 unless of course, it is the status of a starting quarterback, for instance. The Eagles injury list is lengthy and has created many holes in the lineups on both sides of the ball.

On the list of players that did not participate in practice were two notable names in WR Alshon Jeffery, who is nursing a bruised foot injury and WR DeSean Jackson was not injury-related and was given rest. I must call out giving a WR rest when it is only Week 2 of the regular season. Practice repetitions with the first unit is what is needed to get the rust off the Eagles offense. It would not be surprising to see Jackson coming off the bench and with rookie speed merchant Jalen Reagor starting in his place.

The biggest concern for the Eagles is the length of defensive players appearing on the injury list. Head Coach Doug Pederson announced that DE Vinny Curry and DB Craig James have significant injuries and will miss several weeks of action. DE Brandon Graham is in the concussion protocol due to head contact in last week’s game. DE Derek Barnett has yet to play a down this season due to a severe ankle sprain. So, be sure to monitor the Eagles list to see if any of these players have positive changes to playing status going into this game.

The Rams are projected to average a minimum of 7.5 yards-per-pass play and score between 23 and 28 points. IN past games in which the Rams met or exceeded this pair of offensive performance measures they have gone to a 24-11 SU record and 22-12-1 ATS for 65% winning bets.

When the Eagles have allowed an opponent to meet or exceed these performance measures, they have gone to a horrid 10-32 SU and ATS and 4-11 ATS when the game has been played at home. Take the Los Angeles Rams +1 (via BetAmerica)