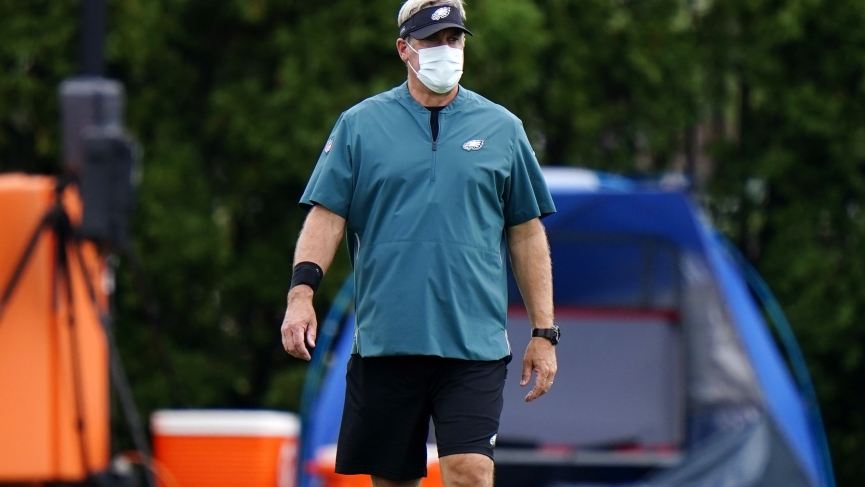 OddsHQ’s Philadelphia Eagles vs Washington Football Team Pick for Week 1 of the NFL season is in. The Eagles are the heavy public favorite but are still affordable enough to back. Is it too good to be true or is Washington that bad ??

Week 1, Eagles vs Washington: Whenever a professional athlete goes public on social media platforms to announce their displeasure with the organization, they work for the news is never good. 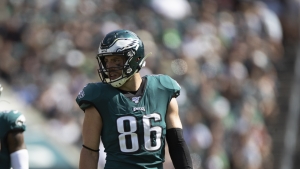 In Philadelphia, All-Pro Tight End Zack Ertz did just that Thursday afternoon stating that he wanted to remain in Philadelphia for the rest of his career, but that he did not feel the same was felt by the Eagle brass. Ertz is one of the best TE in the NFL and Carson Wentz’s favorite target by a wide margin. So, on the eve of the start of the 2020 season, this prolific duo is more than likely playing their final season together in the City of Brotherly Love.

Eagles fans will surely be irate with General Manager Howie Rosman, but the Eagles have financial strains that cannot be met without cutting expenses. In fact, they are projected $250 million in cap liabilities for the 2021 season and can shed $4.7 million in cap space by letting Ertz go at the end of this season. Ertz’s fellow teammate and TE is Dallas Goedert, who appears to be the Eagles future TE and accounts for barely $1.8 million in 2021 cap space. It’ nothing personal Zack, just business will be the front office stand and that will not go over well in South Philadelphia.

As I am penning this narrative, the public accounts for 71% of betting tickets being placed on the Eagles, but less than 40% of the total money being bet. This is a red flag when there is a euphoric response by the public to betting lines. In fact, the same extremes in sentiment readings can occur in the stock markets just as it does in sports betting. The market maker on Wall Street is more concerned with having an equal number of buyers and sellers than where the specific price of the stock may be trading. The same phenomenon is desired by the lines makers and the sportsbooks they work for in providing a line that will see equal volumes on both teams. In the end, the sportsbooks will get 5 to 10% of the total take on the game no matter which team covers the spread. So, in this matchup, the betting flows support The Washington Football Team.

A Solid Betting Trend Supporting the ‘UNDER’

This betting system has stood the test of time spanning 38 seasons of NFL action and has earned a 74-35 ‘UNDER record good for 68% winning bets. The system instructs us to be on the ‘UNDER’ in a game where the total is between 42.5 and 49.5 points involving one of the teams having a solid rushing defense from last season that allowed 90 or fewer yards-per-game. If the game is a matchup between two conference foes, which this obviously is one, the ‘UNDER’ record improves to 56-23 for 71% winning bets.

In conference matchups, the ‘UNDER’ has earned a 9-5 record over the last three seasons, 16-9 ‘UNDER’ mark over the last five seasons. So, this is one of those cash-cow betting systems that rarely have any losing seasons spanning nearly four decades of bets.

The Eagles are projected to gain at least 100 rushing yards and have a more efficient offense sporting a lower yards-per-point ratio then Washington. In past games in which the Eagles met or exceeded these performance metrics, they went on to earn a 30-0 straight-up (SU) record and 26-4 ATS mark for 87% winning bets that covered the spread by an average of 11.4 points.

Bet the Philadelphia Eagles as a road favorite ATS
Currently, the best odds on the Eagles ATS is at -5 (-115) via BetRivers