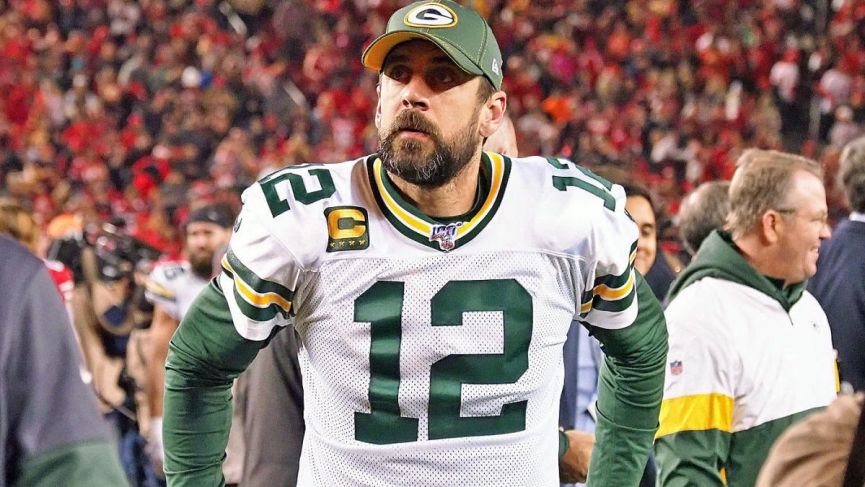 OddsHQ’s Detroit Lions vs Green Bay Packers Pick for NFL Week 2: The Lions have won 4 of their last 6 vs the Packers but dropped two games to the Cheeseheads last year by way of miraculous 4th quarter comebacks. In Week 2 the Lions head to Lambeau Field to take on the Green Bay Packers and Aaron Rodgers.

No Preseason, No Problem for Aaron Rodgers

The Green Bay Packers offense looked to be in midseason form in their 43-34 Week 1 win against the Minnesota Vikings. Green Bay absolutely ripped apart a very inexperienced Minnesota secondary with QB Aaron Rodgers torching them for 364 yards and 4 TD passes through the air as part of the 518 total yardage output for the Packers. Three different Packers receivers caught a TD pass including Green Bay’s top WR Davante Adams who had a monster day with 14 receptions for 156 receiving yards and a pair of TD’s. Aaron Rodgers already has the physical talent and arm talent to be a great QB when he is locked in but I think he had an extra motivational element and added chip on his shoulder coming into the season after the Packers decided to use their first-round draft pick in this past year’s NFL Draft to draft a quarterback taking Jordan Love from Utah State. It was a surprising decision and one that certainly made Aaron Rodgers take notice that maybe his tenure as the franchise QB of the Packers is on the clock. Rodgers played like had a point to prove in Week 1 completely dismantling the Vikings defense from start to finish.

The Lion Sleeps Tonight & In The 4th Quarter

The Detroit Lions throughout the Matt Patricia coaching era has been plagued by tough losses and blowing leads. It happened one more time to Detroit in their Week 1 opener against the Chicago Bears. Detroit had everything going for them for 3 quarters with QB Matthew Stafford and the Lions offense moving the football and finishing multiple drives with TD’s in getting a 23-6 lead entering the 4th Quarter. The roof caved in on the Lions after that in what has become a far too familiar scene. Detroit allowed 21 unanswered points in the 3rd Qtr to the Bears and wound up losing 27-23. Chicago QB Mitchell Trubisky struggled for 3 quarters but the Lions defense was too passive with the big lead allowing him to get comfortable throwing the football down the field. He ended up connecting on 3 TD passes to Jimmy Graham, Javon Wims, and Anthony Miller to lead the Bears all the way back. The Lions had a chance to come back and win the game with a last-minute drive when they were trailing 27-23 but rookie RB D’Andre Swift dropped a pass which would have been a game-winning TD in the end zone. The Lions then got stopped on 4th down shortly thereafter.

To make matters even worse for Detroit, they not only lost the game but they now have cluster injuries in the secondary as well. Multiple cornerbacks are down with injuries. Justin Coleman was placed on the injured list on Monday with a hamstring injury while Desmond Trufant with a hamstring injury and Darryl Roberts with a calf injury both sat out Wednesday’s practice and may not be ready to play on Sunday. If they can’t go, rookie Jeff Okudah, Amani Oruwariye, and Tony McRae would be the Lions top three cornerbacks and that would feature a rookie and two backups–not exactly an ideal situation when you are about to go on the road to Lambeau Field and face Aaron Rodgers and a very explosive Green Bay Packers passing game.

There is some good news for the Detroit Lions coming out of the loss to the Chicago Bears on Sunday. The offense looked very solid as Stafford moved the ball through the air to targets like Danny Amendola, Marvin Jones, and T.J. Hockenson in a game where the Lions were without their #1 WR Kenny Golladay due to injury. They also got a rejuvenated ground game going against a very stout Bears defensive front as the RB duo of Adrian Peterson and Kerryon Johnson combined for over 100 rushing yards. The offense showed promise and they are facing a Green Bay defense that despite last week’s win allowed 34 points and nearly 400 total yards to Minnesota. This game has shootout potential written all over it. The total has already been bet up a bit from 47.5 to 49 but I agree with the move and like this game Over the total even at the current number of 49.5 (-110) via DraftKings

I’m also considering a wager on Detroit +6.5 (-110) via PointsBet. The Lions won’t be a popular side hereafter what we saw last week but recency bias could be in play here. It’s easy to overreact to the brutal 4th Quarter performance that Detroit had last week and the impressive road win for Green Bay at Minnesota but we have to remember the Lions were dominating the Bears for 3 quarters before things went against them. The only thing holding me back on taking Detroit is the status of their injury-depleted secondary. I would like to see them get some of those injured starters back for Sunday’s game before backing them. It is worth noting Detroit is 4-2 SU, 6-0 ATS in the last six meetings against Green Bay since the start of the 2017 season and the two straight-up losses for the Lions against the Packers were by 3 points or less. This is also Detroit’s best point spread role as they went a perfect 3-0 ATS last season as underdogs of a field goal or more before Matt Stafford got injured in early November ending his season. I wouldn’t be surprised to see another very close contest between these division rivals here.