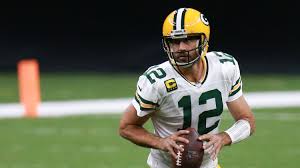 The look-ahead line for this game last week was Green Bay -5 and we are now crossing key numbers to Green Bay -7. What has changed? Green Bay looked very good against New Orleans on a national TV game, while everyone is sour on Atlanta after blowing a 20 point fourth-quarter lead last week to Chicago. This of course coming one week after Atlanta blew a 15 point fourth-quarter lead to Dallas. Some wonder how Atlanta will perform after back to back demoralizing losses but it’s Monday Night Football against an undefeated foe thus I expect Atlanta to bring their best. I believe there is recency bias in this spot which has created an opportunity with Atlanta. 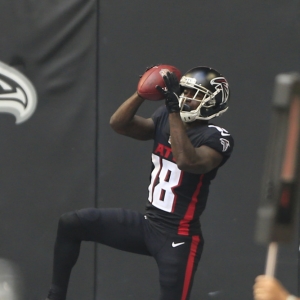 This is a different point spread range for Atlanta however as they were lined in a pick’em game against Seattle, closed 3 point underdogs against Dallas, and closed -2.5 against Chicago. All those spreads lined at a field goal or less meant that Atlanta had to win games to cover whereas this time with everyone overreacting to last week’s results, Atlanta just has to be competent to cover the touchdown spread. Note this year they did cover the lone start where they were underdogs against Dallas.

Note Atlanta under quarterback Matt Ryan has always been good against the spread when catching a touchdown or more. They were in that situation four times last year and went 3-1 ATS. This includes outright wins as 13.5 point underdogs at New Orleans and 10 point underdogs at San Francisco. Also, consider that two of the three opponents Atlanta has played in Seattle and Chicago are both 3-0 whereas the three opponents Green Bay has faced are a combined 2-7.

A large reason why Green Bay is a touchdown favorite is their aerial attack led by Aaron Rodgers against an Atlanta secondary that is missing several starters including Kendall Sheffield and Darqueze Dennard who was just put on injured reserved this week. First-round pick A.J. Terrell was put on the Covid list last week thus there are a lot of moving parts in a depleted Falcons secondary.

The one thing that could help Atlanta is Green Bay’s banged-up receiving core. Star receiver Davante Adams missed last week’s game with an injury and is questionable this week. Allen Lazard who was Green Bay’s leading receiver last week in Adams’ absence, with 6 receptions, 146 yards and a touchdown, will be out a month. I do not see Green Bay who has scored 37 points or more in every contest thus far being stopped offensively but perhaps with all the moving parts at the wide receiver position, they could be a tad off rhythm. Note that Atlanta’s secondary was dealing with injuries a week ago as well thus I wouldn’t consider moving the line two points because of these injuries.

Green Bay has been very fortunate this year against opposing offenses. They got Minnesota in week one who was adjusting to life without elite receiver Stefon Diggs. In week two, Detroit was missing their top receiver in Kenny Galladay and last week New Orleans was without all-pro receiver Michael Thomas. Despite catching these breaks Green Bay is giving up a league-worst 6.6 yards per play and they are ranked 28th in yards per pass attempt allowing 7.9 yards per attempt. They have been playing from ahead so perhaps the defense isn’t that bad as the numbers suggest but it is certainly below average.

Atlanta was without their all-pro receiver Julio Jones last week but there is a decent chance he’ll play Monday night. He and Calvin Ridley would represent the best receiving duo Green Bay has seen to this point. Scoring points has not been a problem for Atlanta as they have scored 25 points or more in every contest and think they will have plenty of opportunities to score today. In this point spread range, they should be live throughout and are capable of getting a late score if needed to get within the number.

After the blown leads the past couple of weeks, it’s easy to understand why people aren’t interested in betting Atlanta but Green Bay has looked good while facing teams missing their best playmaker. With the firepower that Atlanta brings offensively, they should be able to hang in this game throughout and stay within the number. Take Atlanta +7.