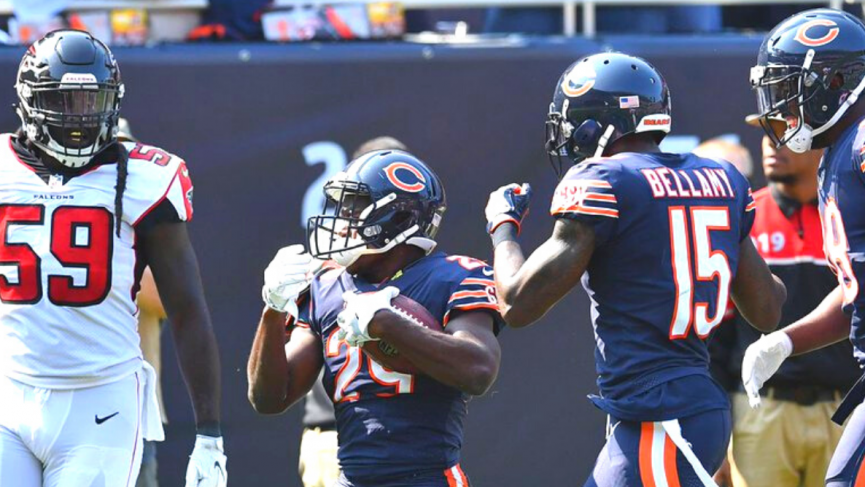 The Under is a solid 5-0 in Chicago and Atlanta’s last five meetings in Atlanta, while the Bears have only covered one of their last seven games on the road. Two teams headed in different direcitons, the Bears take on the Falcons on Sunday.

Due to the COVID-19 impact, this matchup has become a game-time decision.

The Atlanta Falcons are the best 0-2 team of all the 0-2 teams playing in NFL Week 3 action. They are 1-1 against-the-spread (ATS) and are coming off a terrible 40-39 loss at Dallas in a game they led 29-10 at the half. In a similar fashion, they led 21-3 at the half in the 2016 season Superbowl and then completely collapsed and allowed the Patriots to score 16 points in the fourth quarter and then 3 more in the Patriots overtime Championship. Since the Super Bowl loss, the Falcons have attained a 25-27 straight-up (SU) record, 21-29-2 ATS for 42% winning bets, and the ‘OVER’ bet has gone 22-29-1 for 43% winning bets.

Are the Bears a Legitimate 2-0 Team?

The Bears had one of the worst ground attacks in the NFL last season, but head coach Matt Nagy appears to have fixed that problem and is fully committed to this type of offensive scheme. In 2019 the Bears ran 359 rushing plays and ranked 21st in the NFL and ran just 56 plays between the tackles (up the middle) ranking 29th in the NFL. Through two games the Bears rank 12th in the NFL executing 61 rushing plays and trail the Miami Dolphins with an NFL-best 85 rushing plays. So, this is a much better offensive strategy that serves to take a lot of pressure off their QB Mike Trubisky.

The Bears David Montgomery Will Have a Great Season

The Bears improved ground attack features running back David Montgomery, who has had 29 rushing attempts for 146 yards and averaging a solid 5.0 yards-per-rush. He is RB that should be highly considered for any daily fantasy contests or fantasy leagues. He is a former third-round draft pick (73rd pick overall) out of Iowa State by the Bears in the 2019 draft.

The Falcons rank 8th in scoring offense with 64 points scored, 6th gaining 886 total yards, and 10th averaging 5.9 yards-per-play. QB Matt Ryan is off to another strong season throwing for 701 passing yards including six touchdowns and only one inte4rception.

Ryan has two emerging receivers that are fast becoming his favorites targets. Calvin Ridley ranks 7th with 16 receptions on 22 targets and Russell Gage is 8th with 15 receptions on 21 targets. Combined Ryan is competing for 72% of his passes to this duo and they will have a huge day against a highly suspect Bears secondary. 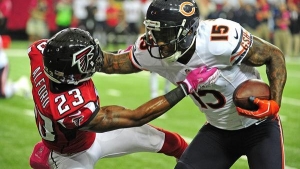 The Falcons are 34-15-1 ATS for 72% winning bets when they are coming off back-to-back games in which their defense allowed 375 or more yards in games played over the last 10 seasons.

The ‘UNDER’ is a decent 16-10 for 62% winning bets when the Falcons are coming off a road game and Matt Ryan threw for a minimum of 600 passing yards in the last two games.

My prediction is that the Falcons Matt Ryan will throw for at least 300 passing yards and the Falcons defense will contain the Bears offense to fewer than 21 points scored. In past games in which the Falcons met or exceeded these performance measures, they have gone on to earn a 26-3 SU record for 90% wins and a 24-4-1 ATS record for 86% winning bets over the last 10 seasons.

Jimmy and Rob Give Their Picks For NFL Week 3

The Bears are 2-19 SU for 19% wins and a miserable 4-17 ATS for 19% winning bets when their offense has not scored 21 or more points and allowed the opponent to throw for more than 300 passing yards in games played over the last 10 seasons.

Bet the Atlanta Falcons as an NFL Best Bet in Week 3.