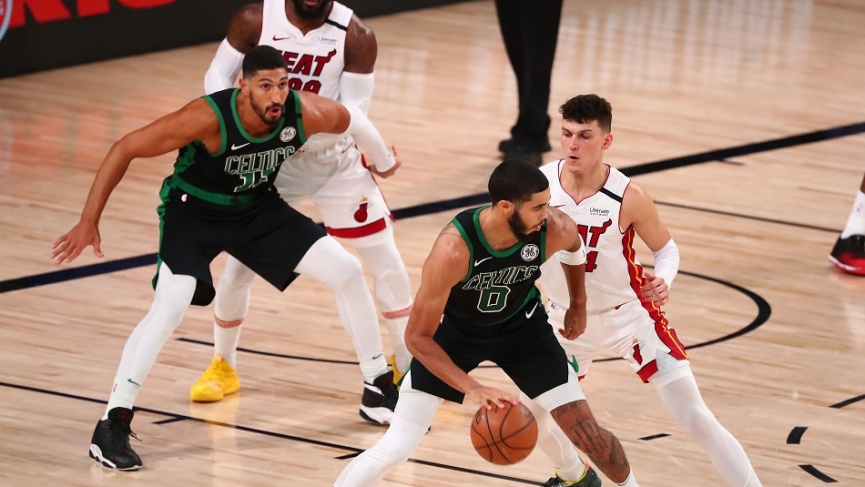 Boston Celtics vs Miami Heat Playoff Trends: The Heat are 9-5 ATS in the 2H in the playoffs, but have gone 0-3 in their last 3 vs the Celtics in this series. It will likely all come down to the 4th quarter once again, as the series has trended as high scoring, going 4-1 to the Over so far in the series. 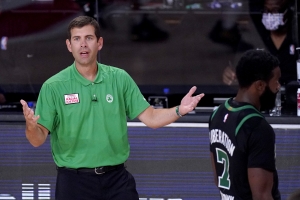 The Celtics have been a very up and down team when it comes to their performance in specific quarters over the course of these NBA playoffs. Boston has a winning record in every derivative ATS category besides the third quarter, which they have struggled in all playoffs. The Celtics’ most successful quarter has been the 2nd, as the Celtics have an 11-4-1 ATS record in the second frame, but are dead even at +0 in the 2nd quarter against the Heat in the 2nd quarter over their last three games.

Celtics Still Losing Steam at Half?

As mentioned, Boston has had success in every quarter in these playoffs, except for in the third quarter. The Celtics picked up a 3Q ATS push in game 5, but have failed cover the 3Q in 7 of their last 10 playoff games, including an 0-7 streak against Toronto in round 2. However, the Celtics have turned things around as of late,  and have an average scoring margin of +7, in the 3rd quarter, in their last 3 games vs the Heat.

The Heat is On.

Unlike the Celtics, the Heat have been a force to be reckoned with in the 2H in these playoffs. The Heat have a winning record (3-2) when trailing at half time. However, the tide has turned on the Heat as of late, and have an average scoring margin of -7 points in the 2nd half since game 3 of this series. All of this factors into the Heat having a 9-5 ATS record in the 2H, but have gone 0-3 ATS in the 2H in their last three games of this series.

Miami has been a big surprise to the casual NBA observer, but the real aficionados of this league have been praising this team for quite some time. Miami finished the season as the 5th best defensive team in the league as far as opponent points per game. As well as being the 5th best team in the league at defending the three-ball. This was the formula that made them so deadly against the Bucks. Forcing their opponent to the perimeter, defending the three-ball, and getting points off transition, through defensive rebounds and turnovers. 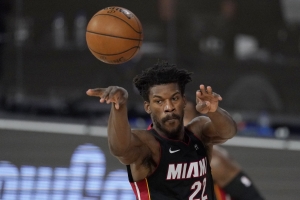 No one expected the Heat to get through the Bucks so easily, and the betting market reflected that. The Heat are 11-3 ATS, and have an 11-3 record on the moneyline, profiting +8.64u. Making them the most profitable team remaining in the NBA playoffs. In fact, if you’ve bet $100 on both the Heat ML and ATS in every playoff game so far, you’ve profited +$1565 Not too shabby for a team that was expected to get pushed aside by the higher-seeded teams in the Eastern Conference. The Heat are 3-0 in Game 1’s and 3-0 in Game 2‘s so far in these playoffs. 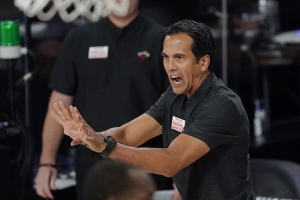 With both teams having winning ATS record in the 4th quarter, and with Boston facing elimination after dropping game 4. It is expected that this series will generate some more close games down the stretch.  It seems as though this will be a series in which the team who wins the most 4th quarters, will be the team that advances. Unlike the Lakers/Denver series, we’re seeing authentic 4th quarter numbers, as ‘garbage time’ will likely not be a factor, in what is sure to be a very tight series the rest of the way. A great tip for betting these games is to get a piece of the 4th quarter, as you’re eliminating large amounts of variance with this bet since you’re only hoping for a 12-minute effort, not a 48 minute one. So far, Miami has won 3 of 5 fourth quarters in this series, but have dropped two in a row in games 4 and 5. It will be a battle of adjustments, and pace of play down the stretch in this series, and the team that wins the most 4th quarters, will likely be the team that wins the series. We will continue to track this trend as the series continues. Good luck!