NBA Teams to Bet Coming Off a Loss 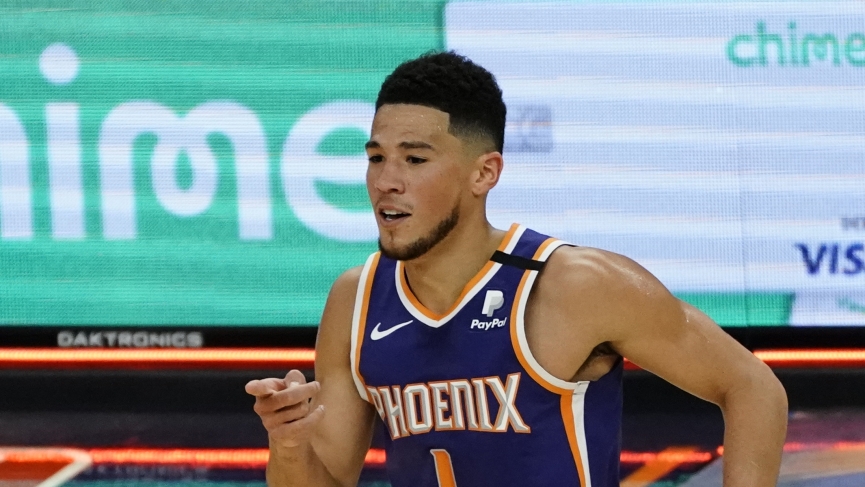 NBA Betting Teams Coming Off a Loss: Every year teams develop different profiles that make them good or bad bets in certain situations. In this article, let’s look at betting teams off a loss and how some teams have fared in recent seasons.

Five Best Teams to Bet ATS Coming Off a Loss

The Phoenix Suns are the second-best team in the NBA’s western conference and are the best ATS team to back when they are coming off of a loss. The Suns have lost just 14 games this season, but have come back to cover the next game in 11 of their 14 attempts off of a loss.

Five Best Teams to Fade ATS Coming Off a Loss

One of the best bets to make in the NBA this season has been by betting against the Houston Rockets on the ATS line when they are coming off an outright loss. The Rockets have 30 losses this season, and have failed to cover the spread in the game following their loss in 23 of their 30 attempts. A $100 bettor who has faded the Rockets on the ATS line when coming off a loss in every game this season has profited +$1393, an ROI of +$46 per game, win or lose.

Over the past five years has been a great bet off a loss going 124-91-5 (57.7%) ATS which is the best record in the NBA. They did this despite seeing numerous changes with Dwyane Wade and Chris Bosh no longer being on the team. They went through a couple of years where Goran Dragic was arguably their best player. Then Wade came back for a season and retired. Now the team is led by Jimmy Butler and two very young players in Bam Adebayo and Tyler Herro a core that was good enough to reach the NBA finals last season. The one constant all these years has been head coach Erik Spoelstra who has led Miami since 2008. Considering Miami made the NBA finals last year, I would expect them to get everyone’s best shot on a nightly basis. As a young team, with players that have plenty of room to grow, I would expect some growing pains but they gave us a glimpse of their talent last season, and with good young players and a great coach I would expect Miami once again to be a good bet off a loss.

Another terrific point spread record off a loss over the past five seasons going 137-110-4 (55.5%) ATS which ranks 3rd in the NBA and they have similarities to Miami. Head coach Rick Carlisle has been leading Dallas since 2008 and oversaw their championship in 2011. They are led by third-year pro Luka Doncic who is just 21 years old and the early favorite to win the MVP award. I would expect Dallas, who is still a young team that got a taste of the playoffs last season, to want to continue to build on last year’s success in the regular season thus I do not expect extended losing streaks.

Philadelphia over the past five seasons is 126-109-4 (53.6%) ATS off a loss but were just 15-17 ATS in that role last year. With the core of Ben Simmons and Joel Embiid and with coach Rivers now leading the way, I’d expect them to once again be good in that role this year. Considering the talents on the Clippers, I would also expect them once again to be a very good team ATS off a loss under new head coach Tyronn Lue.

The Bucks have led the NBA in wins each of the last two seasons and they have also been the best ATS team off a loss during that period going 38-23 (62.3%) ATS. With a similar roster this season and considering all their previous success off a loss, I wouldn’t look to step in front of Milwaukee off a loss but don’t think there will be much value either considering their recent success in that role. They have been the best regular-season team both straight up and ATS over the past couple of seasons and I expect them to take plenty of betting support throughout the season even at lines that are likely to be inflated.

With LeBron James have not been great after a loss. Over the past two seasons, they are just 35-46-2 ATS off a loss and were just 11-12-1 ATS off a loss last year despite winning the championship. Last year, during their playoff run in the bubble, the Lakers did go 5-0 ATS in the 1st quarter off a loss. I would expect a motivated Lakers team to be difficult for any team to handle thus I would expect first quarter and first half’s to be positive point spread results for them. The 11-12-1 ATS mark last year off a loss tells me that oddsmakers have been pricing them appropriately. I would not expect them to be a great ATS team off a loss this season considering they are a veteran group and as the defending champions, losing a game is not likely to motivate them, the way it might a young team. The Lakers know they have more important goals such as repeating this season.

Cavaliers vs Knicks: ATS Records Off a Loss

There is rarely any scenarios where taking bad teams is a good idea. If they lose one game, expect them to lose another. For instance, Cleveland is 55-75-3 (45%) ATS off a loss over the past two seasons. That is the timeframe after superstar LeBron James left the team. They are tied with the New York Knicks for the fewest wins over the past couple of seasons and are lined only ahead of the Knicks in terms of their win total this year.

Yes, the Knicks have also been terrible bets off a loss sporting an 85-97-2 (46.7%) ATS mark over the past three years. I do not expect either Cleveland or New York to be good this year and I do consider them losing streak teams thus I would look to ride their ATS trends which I expect to once again be negative.