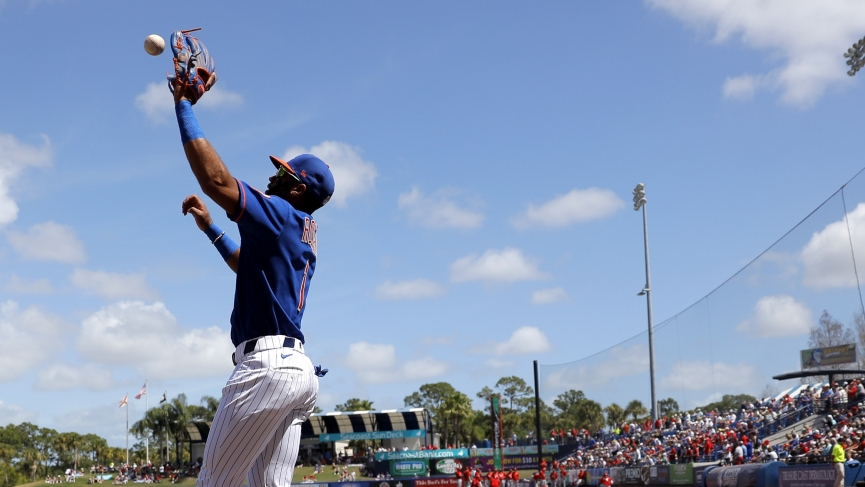 For the first time since 1993 when the American League and National League were divided only by East-West Division alignment, all 30 teams will be playing balanced schedules during the shortened 2020 season. As we continue taking a look at these team’s MLB picks, let’s look at which teams benefit

The revamped, 60-game schedule calls for each team playing their division rivals 10 times each (40 games), with the remaining 20 contests filled out with interleague play in their corresponding AL/NL divisions (East vs. East, West vs. West, Central vs. Central). While it is a balanced schedule in so much as teams in each of the six divisions playing the exact same opponents the exact same number of games, that doesn’t mean all 30 teams will play equal Strength of Schedules (SOS).

We’ve already noted that squads from the two East Divisions are facing tougher slates than originally planned, but at least one of those 10 teams might be catching a break.

Mets Forced To Cheer For Yankees In Interleague Play

The New York Mets were supposed to be the only team in the NL East to play the New York Yankees during the regular season, their Subway Series planned with 2-game, home-&-home sets. That has changed now with all five teams in the NL East facing the Yankees, along with the other four AL East squads.

The Mets, Braves, Nationals, and Phillies are bunched between 31½-33½ wins at FanDuel. New York was to have faced both the Yankees and the Houston Astros, along with the Oakland A’s plus Mike Trout and the Angels. The Mets still get the Yankees, but won’t have to battle Houston, Oakland, or Trout. That should help them not only get above the win total, it also makes the Mets a more attractive play to win the division on a +290 price.

In some ways, the Los Angeles Dodgers might be facing tougher interleague opponents with the new schedule as they go from the AL Central to the AL West. Los Angeles will not get to sink its teeth into games against either the Kansas City Royals or Detroit Tigers now, those matchups replaced by games against the Seattle Mariners and Texas Rangers. Still, new schedule or old schedule, the Dodgers are still loaded for bear in 2020.

Los Angeles matches the Yankees with a 37½-win total but sits slightly ahead of the Pinstripes with a +375 price to win the World Series at DraftKings. Seeking an 8th-straight NL West title, anything short of a seventh Fall Classic crown might mean the end of the line for manager Dave Roberts. Now entering his fifth season on the top step of the dugout, Roberts certainly has the deepest roster in the Senior Circuit.

Before things came to a screeching halt in March, one of the biggest topics going into the 2020 season was just how bad fans would treat the Houston Astros on the road. There’s no question that not having fans in the stands benefits a Houston squad that is still very talented and sits third behind the Dodgers and Yankees on MLB futures odds boards to win the World Series.

"We don't use trash cans here, either." pic.twitter.com/Iv4R5Y65zi

The Astros are also catching a bit of a break with the change in schedule. There’s no question Houston was saddled with the toughest final week of the regular season before with road games at the Yankees and Atlanta Braves. The Astros won’t face either now, and their interleague slate will harken back to the 70s and 80s when they were aligned with the NL West and routinely took on the Dodgers, Giants, and Padres.

It will be especially interesting to see what happens when Houston travels to LA to meet the Dodgers, who still believe they were robbed of the 2017 World Series because of sign stealing. Still, even if the Dodgers pipe in boos, it won’t be nearly the same as a Chavez Ravine crowd coming down on the Astros. Their win total is 35½, and my crystal ball shows a 36-24 record, so play the ‘over.’

Chic Picks, Can Either Reds Or White Sox Deliver?

There has been a lot of action on both the Cincinnati Reds and Chicago White Sox as long-shot bets to win their divisions, if not upset the entire apple cart with league pennants and World Series titles. Both sides have great mixes of veterans and youth, and both were active during the offseason to enter Spring Training as dark horses. 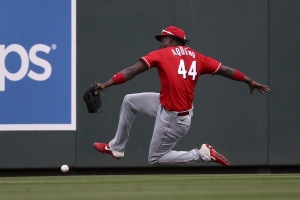 Continuing with the similarities, Cincinnati and Chicago are going off with 31½-win totals, and each is listed third in their respective divisions with comparable prices, the Reds +265 in the NL Central and the White Sox +285 in the AL Central.

Cincinnati probably caught the biggest break with the new schedule, going from playing the AL East to the AL Central. The Reds will now get eight total cracks at the lowly Royals and Tigers instead of just getting three games against the Orioles. Still, they have to improve on that 33-43 record against their own division rivals last season.

Chicago’s South Side entry, meanwhile, had a winning record within its own division in 2019, going 38-37 against AL Central rivals. The White Sox have also held their own overall and recently against the Cubs, and are 17-6 all-time against the Reds in interleague play. Of the two, I like the Pale Hose as a better bet to go ‘over’ 31½ wins.