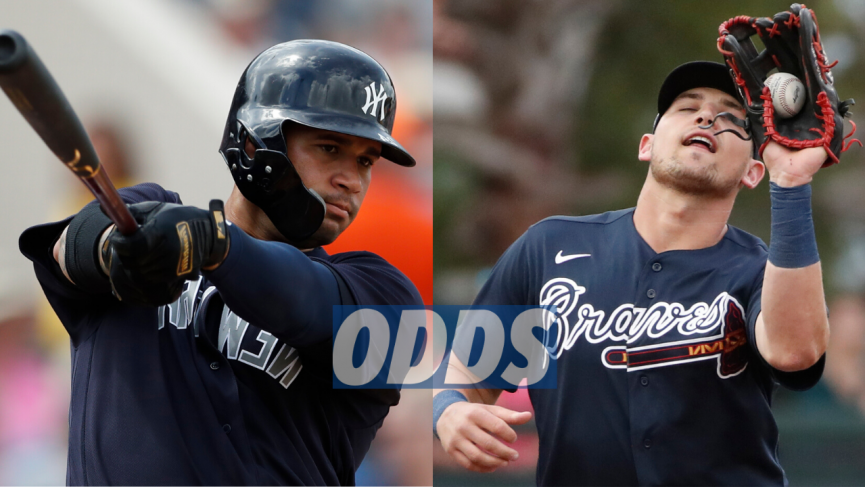 Unknowns abound with Major League Baseball’s effort to restart the 2020 season creates a challenge when trying to put together some MLB predictions. About the only certainty is players will inevitably test positive for the virus, and expanded rosters will very likely be tested to their full extent.

MLB Bettors are ready to bet, so where do they start?

All of the changes will factor into how MLB bettors go about their business, and one of the biggest is the scheduling on the revised 60-game season. Baseball is always thought of more as a marathon instead of the sprint it will be in 2020, and MLB’s decision to reduce travel for all teams makes perfect logic.

The plan calls for teams to play 40 games within their own divisions, and 20 against their interleague geographic colleagues, AL East vs. NL East, AL Central vs. NL Central and AL West vs. NL West. Everyone normally plays 20 interleague games per season, so the total hasn’t increased. Only now interleague play will consume 33% of the slate, twice the concentration of a normal 162-game schedule, and it comes at the expense of some inter-division rivalries within the two leagues.

That new scheduling format might prove toughest for teams from the two East Divisions where half of the 10 squads in those groups remain legitimate contenders to at least reach the World Series, if not win it. New York is the unanimous favorite in the AL East, but all signs point to the Yankees playing a stronger slate than what they would’ve faced on the original schedule. 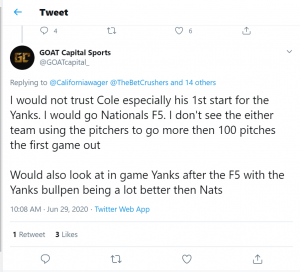 New York’s chief competition in the division will still come from Tampa Bay, but while Boston and Toronto have uphill battles ahead, neither the Red Sox nor Blue Jays will be pushovers for either the Yankees or Rays. With no games against AL Central or AL West teams, New York also loses what should’ve been easy matchups against the Detroit Tigers, Kansas City Royals, and Seattle Mariners.

Where the Yankees’ slate truly stiffens is in interleague play. The AL East was primarily booked against the NL Central in 2020, but will now go up against a stronger NL East. Instead of taking on Pittsburgh for four games, New York will have four against defending champion Washington, with sources saying the Yankees and Nationals will collide to open the season. New York will also have four games against the Atlanta Braves, and Philadelphia Phillies, along with the annual Subway Series matches against the New York Mets.

Sitting at the tail end of win totals at DraftKings are the Baltimore Orioles. The O’s went just 24-52 against AL East rivals in 2019 – 2-17 against the Yankees – and 30-56 vs. all other comers. Baltimore now takes on its division foes 67% of the time, with the remainder of the schedule against some tough NL East squads. A sub-20 win campaign is entirely possible for the Birds.

Looking for their third consecutive NL East title are the Atlanta Braves, and FanDuel makes them not only the favorite to make it happen, but also second to the Los Angeles Dodgers to win the NL Pennant on a +700 price. Everything sets up for the division to be a 3-team race, with the Braves and Nationals each sporting 33½-win totals, just ahead of the Mets at 32½.

Not a crazy prediction. If I'm betting with my head, I'm betting the @Braves in the NL. HOWEVER, they'll be fighting it out with the @mets down to the wire. #LFGM. https://t.co/rMrjnz7da5

The NL East was to focus its interleague schedule on the AL West, and while all five teams do escape contests against the favored Houston Astros from that division, those games will be replaced with contests against the even stronger Yankees. The Philadelphia Phillies also figure to be in the mix for the division, even a bit of a dark horse pick at this time. If we were to assume the three NL East favorites go .500 against one another, everything could come down to how well the Braves, Nats, and Mets do against the Phils…or vice-versa.

Just as Baltimore is to the AL East, Miami is to the NL East. The Marlins are riding the caboose of the NL win totals at 24½, and that could be an optimistic number with the same division record a year ago as the Orioles (24-52) in the AL East. Miami did manage a respectable 9-11 record two years ago against the AL East in interleague play. Could the Fish be the spoilers for someone this time?

A .500 Record Could Prevail In Tight NL Central Race

While I’m hesitant to predict it will the most interesting race to follow, the NL Central might be the best pick to go down to the final day of the shortened season when every team except the Pittsburgh Pirates might still be vying for the division crown. It’s definitely the tightest group according to MLB futures odds where the Cubs, Cardinals, Reds, and Brewers all carry prices in the +225 to +300 range at DraftKings. Pittsburgh is a distant fifth (+8000).

Should Chicago, St. Louis, Cincinnati and Milwaukee meet those expectations, the quartet might take turns beating each other up to the point that only the division winner reaches the postseason, even in an expanded playoff format. They will be facing the AL Central instead of the AL East for the bulk of their interleague games, making it very possible for the eventual division title to be decided by their games against geographical AL counterparts.

Like Miami in the NL East, Pittsburgh has a chance to play the role of spoiler in the division. The Pirates were a combined 9-29 vs. the Cardinals and Brewers last season and a big factor in why St. Louis and Milwaukee each made the playoffs. The flip side is Pittsburgh has gone 27-13 the last two seasons in interleague play. Could that translate into trouble for AL Central teams in 2020?