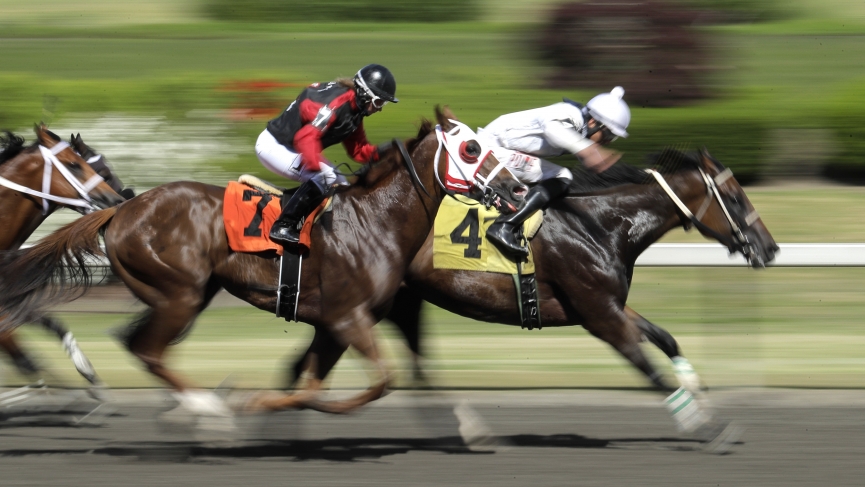 Kentucky Downs picks for September 10th are here.  We have two stake races at Kentucky Downs, and a late-night special from the Emerald Downs. Yesterday at Canterbury, we saw several restricted stakes in which the turf races were moved to the main track and ended up providing chalky results. In the two-year-old races, Sneeky Diversion and Star of the North ended up going wire to wire to win the Northern Lights Futurity and Northern Lights Debutante respectively.

Today Kentucky Downs has a pair of stakes. Harvey’s Lil Goil returns to the turf in the Exacta Systems Dueling Grounds Oaks. Her win on turf two starts ago in the Regret was strong as she out finished the favorite despite a more difficult trip. I won’t try to beat her especially since the second choice, Stunning Sky, has little appeal as I don’t love the races she is coming out of. The alternative is Carpe Vinum who beat Red Lark in an allowance two starts ago prior to losing to her in the Del Mar Oaks.

The Gun Runner Dueling Grounds Derby appears to have more betting appeal. Bama Breeze is the horse to beat but that is mainly because he was an also-ran in some competitive stakes. He still has something to prove as a horse who is still eligible for non-winners of two conditions.  The intriguing alternatives are Jolting Joe who just broke his maiden but it was in a restricted stake at Saratoga and he has never been out of the exactor. Angelus Warrior is the other alternative as he has been an improved horse since moving to the Michael Maker barn and gets a rider upgrade to Irad Ortiz Jr. Let’s look at some races:

The Kentucky Downs 5th is an allowance for three-year-olds and up going one mile on turf. From a win perspective, I don’t trust Justinthenickotime or Mantra who are a combined 3 for 31 but also have a combined 15 second and thirds in their races. Justinthenickotime has the better recent form though it has been all at Gulfstream whereas Mantra has proven he can handle different racetracks. I’m sure both will run well and settle for a minor award again.

Chocolate Bar and Picasso both figure to show speed after runs at Saratoga last time. Picasso yielded late when trying a mile and turf for the first time. Perhaps doing both for a second time will yield better results but he’ll beat me. Chocolate Bar broke his maiden last out when dropping into the maiden claiming ranks and removing blinkers. It did appear that removing blinkers allowed him to be more thorough late in the race. That said this race is tougher and it is his first start against winners thus at anywhere near his 5-1 morning-line quote, he’d be unappealing.

Lake Nakuru has experience at Kentucky Downs from last year. It was not a great performance but consider he had just broken his maiden. He appears to be a better horse this year for a second try at Kentucky downs and is the alternative but his 1 for 15 record leaves something to be desired.

The horse I want is Reprobate (10-1 ML) who provided a strong stretch rally to break his maiden at Santa Anita three starts ago. Two starts ago he had a wide trip in his first try against winners which was deceptively good. Last time he was a lot closer to the pace while attempting a longer distance and he didn’t have to love distance or the trip. Expecting a rebound effort now that he cuts back in distance.

The Kentucky Downs 6th is an allowance for fillies and mares three years old and up going one mile on turf. Morning line favorite Confessing ran well in a race at Kentucky Downs last year to pick up her only win. That race on paper however doesn’t stand out, she has been seen once in seven months and I don’t trust her.

From a win perspective, I’m also against Devious Charm who is 1 for 17 with 5 seconds. Her only win also came at Kentucky but she also disappointed at Kentucky Downs last year. I prefer her to the favorite but those minor awards make her hard to trust.

Perhaps Street of Dreams takes to turf but if she does, she’ll beat me. You can make an argument that the two best races Envied has run both had jockey Corey Lanerie aboard and he rides Envied today. Her last race would give her a chance but it’s the only race that makes her competitive.

I would not be surprised if Osaka Girl wired this field or sat just off Street of Dreams. Either way, she figures to be competitive. She has however been getting caught late and she’ll certainly take on money. She is the alternative nonetheless.

The horse I want is Fate Factor (15-1 ML) who finally broke through for her maiden win last time after showing a tendency to settle for minor awards. Deeper evaluation suggests she has improved as a three-year-old since returning to the races in June when missing narrowly in maiden evens at Churchill and Keeneland. You could say she didn’t beat anyone in an easier maiden event last time at Arlington but her best was never required, her previous races suggest she can show more and I view that win as a confidence builder for a horse that had previously settled for less. 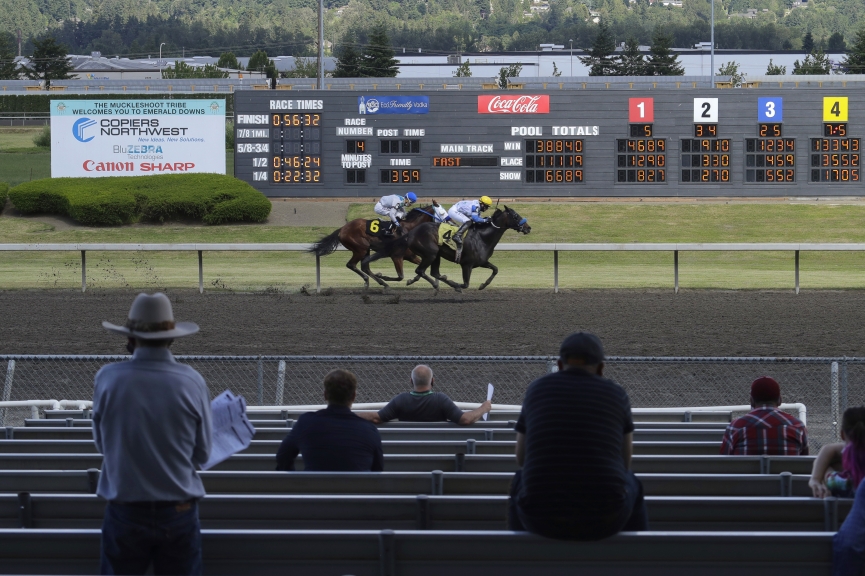 The Emerald Downs 8th is the grade three Longacres mile on dirt for three-year-olds and up. Anothertwistafate is your morning line favorite after flashing plenty of potential as a three-year-old. He has however been out of action for the past 16 months and note all of his wins have come on the lead which he won’t get with Papa’s Golden Boy and others in this race. While on talent the horse to beat, he still has to prove it on the racetrack, after all, that time off and thus I’ll take a shot against him.

Elliott Bay is one alternative as he has won both his races this year. Consider however he is winless at today’s distance and while he has won his last two, don’t think his form is any better than it was last year.

The horse I want is Take Charge Deputy (12-1 ML)who put forth a strong effort in his seasonal bow to provide a 24-1 upset. Perhaps that race took something out of him as while he put forth a rally last time when behind Elliott Bay, it wasn’t as thorough. Stretching out in distance should be a non-issue as he won his last two races at today’s distance at Portland Meadows. His rating ability should be considered an asset in a race loaded with front runners.